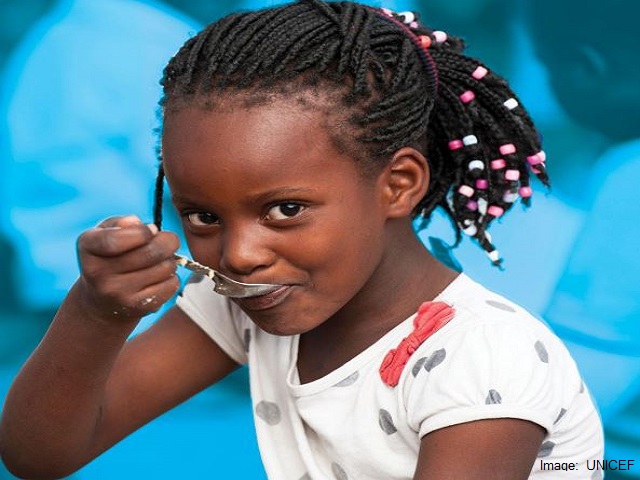 The United Nations Children's Fund (UNICEF) released a booklet named ‘From Uttapam to Sprouted Dal Parantha’ based on the findings of the Comprehensive National Nutrition Survey 2016-18. UNICEF booklet found that 35% of children under five are stunted, 17% are wasted and 33% are underweight.

An important feature of the 28-page book is that it lists out recipes of freshly prepared foods, also giving the cost of preparation of each of them. It suggests that there are various nutritious food options that cost less than Rs. 20 to tackle obesity, underweight and anaemia.

• According to the report, 40 per cent of adolescents and 18 per cent of adolescents are affected by anaemia.
• The report also found that childhood overweight and obesity increase in school children and adolescents with an increased risk of non-communicable diseases such as diabetes (10 per cent).
• It suggests that there are two such occasions in a person's life when he/she is in dire need of nutrition. First, during the first 1000 days of the child. Second, when he/she is entering teenage years.
• The UNICEF book provides a detailed break up of carbohydrate, protein, total fibre, fat, iron, calcium and vitamin C content of the recipes.

UNICEF suggests that Children should eat Paneer Kathi Rolls, Uttpam, vegetables’ Upma, Poha and Sprouted Dal Paratha for good health. The book provides recipes like potato stuffed paratha, paneer Kathi roll and sago cutlets for tackling underweight. However, for tackling obesity there are suggestions of sprouted dal parantha, poha and vegetable upma. It is suggested in the book that children who are obese, who are underweight and who are suffering from anaemia (lack of iron and blood in the body), can get nutritious food at less than 20 rupees.

The initial objective of the establishment of the United Nations Children's Fund (UNICEF) was to provide food and health services to the children of affected nations in the Second World War. It was founded by the General Assembly of the United Nations on 11 December 1949. It is headquartered in New York. Currently, UNICEF focuses primarily on - development of children, basic education, gender equality, prevention of violence against children, against child labour among various child-friendly programs.

Also Read | Pneumonia causes death of one child in every 39 seconds: UNICEF Report