Shiv Sena Chief Uddhav Thackeray will be sworn in today at 6.40 pm. Know all the details here. 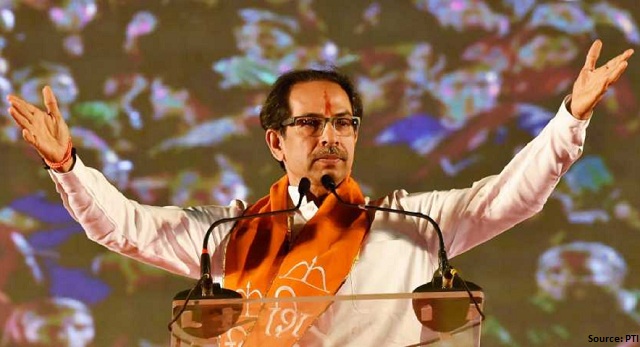 Uddhav Thackeray will take oath as the 18th Chief Minister of Maharashtra at 6:40 pm today, on November 26, 2019 at the Shivaji Park in Mumbai's Dadar area. He will be the first Thackeray family member to hold the top post in the Maharashtra government.

Shiv Sena chief Uddhav Thackeray was nominated as the leader of the Shiv Sena-NCP-Congress "Maharashtra Vikas Aghadi" at a joint meeting on November 26, following which the senior leaders of the three parties met Maharashtra Governor Bhagat Singh Koshyari to stake claim to form the government in the state.

The Shiv Sena-NCP-Congress leaders submitted letters of support from 166 MLAs to the Governor. The Maharashtra governor gave Uddhav Thackeray time till December 3 to submit the letters showing majority support in the state assembly.

Further, as Uddhav Thackeray is not an elected member of the Maharashtra assembly, he will be required to contest elections and become a member of the assembly within six months of taking oath as CM.

Along with Uddhav Thackeray, Congress’s Balasaheb Thorat and NCP’s Jitendra Awhad are also likely to be sworn in as Deputy CMs of Maharashtra. The role of the speaker is likely to go to the NCP.

Uddhav Thackeray: All you need to know

• Uddhav Thackeray is set to become the first member of the Thackeray family to occupy the Chief Ministerial post. He will have to seek election to the Maharashtra Assembly or the Legislative Council within six months of taking oath.

• Uddhav Thackeray, son of Shiv Sena founder Balasaheb Thackeray, has never contested an election previously and has never been a member of the state assembly.

• The late Bal Thackeray had believed in wielding power from the background and never assuming government positions himself. He had founded the Shiv Sena in 1966 to fight for the rights of the Marathi people. 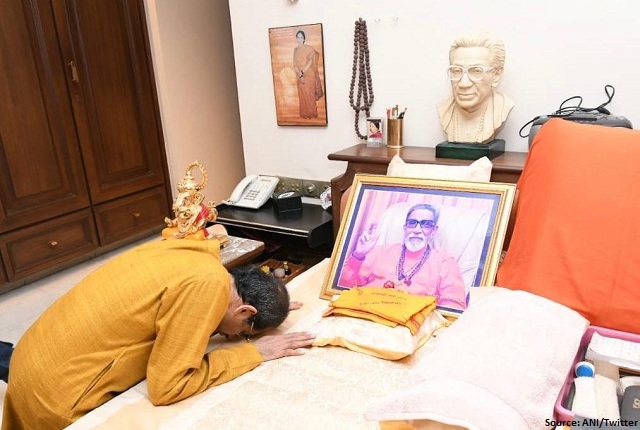 • Uddhav Thackeray will now either have to get one of the party MLAs to resign and contest from the seat or get his son Aaditya Thackeray to resign from Worli.

• This would also be the first time in Maharashtra politics that the Shiv Sena has broken away from its ally of 30 years (BJP) and joined hands with its foe of 30 years, the Congress and the NCP.

• Uddhav Thackeray had formally taken over as the Chief of Shiv Sena, after his father Balasaheb Thackeray passed away in 2012.

• In 2002, Uddhav Thackeray had led the Shiv Sena to a massive victory in the Brihanmumbai Municipal Corporation elections. However, largely he had remained in the background and had been handling Shiv Sena's mouthpiece ‘Saamna’.

• Uddhav Thackeray was appointed as the working president of Shiv Sena in 2003. The move came as a surprise to many, as his cousin brother Raj Thackeray was expected to get the post.

• Gradually, after a fallout between the two, Raj Thackeray left the Shiv Sena in 2006 to form his own party- Maharashtra Navnirman Sena (MNS).

• Uddhav Thackeray’s differences with Narayan Rane, who had served as the Maharashtra CM in 1999, led Rane also to be expelled from the party.

Also read: Who is a pro-tem speaker?

The decision to elect Shiv Sena chief Uddhav Thackeray as the common nominee for the CM post was taken just a few hours after the four-day-old BJP government led by Devendra Fadnavis collapsed, following the withdrawal of support by NCP's Ajit Pawar on November 27, 2019.

Earlier it was announced that Uddhav Thackeray will be sworn in on December 1 but the schedule was changed overnight and has been preponed to November 28.