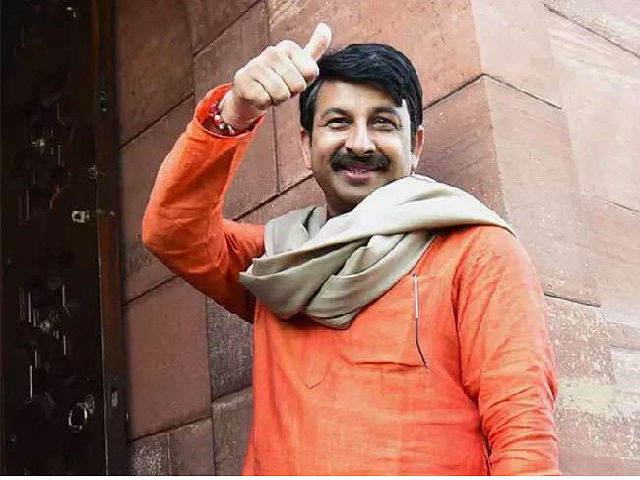 Delhi Election Results 2020 Updates: With the votes counted so far, the Aam Aadmi Party emerges out as a winner of Delhi Elections 2020. Delhi BJP chief Manoj Tiwari is all positive about the final results and says that he will take up the responsibility of whatever the result may be. He urged his party members and the contesting candidates to not to be disheartened. Earlier, Tiwari had claimed that the BJP would form the Government in the state by winning over 50 seats.

Soon after the conclusion of polling for Delhi Elections 2020, several pollsters release the Delhi Exit Polls Results 2020 asserting that Aam Aadmi Party (AAP) retain its power in the national capital by showcasing victory in the Delhi Assembly Elections. As per the exit poll results, Kejriwal-led AAP could win around 55-60 seats, BJP would take home around 4–18 seats and like 2015 assembly elections, it would be hard for Congress to open its account in the capital again.

However, Delhi BJP Chief Manoj Tiwari refused to accept the results of exit polls and claimed that the Bhartiya Janata Party (BJP) will triumph in the Delhi Assembly polls. Manoj Tiwari claimed that the BJP will win in the national capital by winning over 48 seats. He also stressed that if BJP emerges victorious, the Electronic Voting Machines (EVMs) should not be blamed for it.

Even on February 11, 2020, ahead of the counting of votes, Manoj Tiwari reasserted his claim and this time he hiked the number of seats in BJP’s account to 55 seats. It would be interesting to see whether Manoj Tiwari’s claim of 55 seats will fructify today, or will it mark his Exit? Soon, the Election Commission of India will announce the Delhi Election Results 2020, putting end to all such doubts and predictions.

Congress Chief Subhash Chopra accepted the defeat of the party in Delhi Assembly Elections 2020. He blamed BJP and AAP for the decline in vote percentage of Congress. 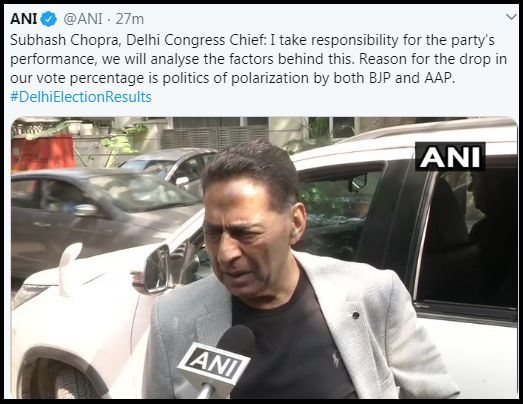 The ECI has completed the second round of voting and as per the trends, AAP has crossed the majority mark by leading in over 50 seats. BJP chief of Delhi, Manoj Tiwari is still optimistic about BJP’s victory and states that the preparations for celebrations have already begun at BJP offices. He further states that he is not nervous and will take responsibility for Delhi Election Results 2020.

As per the ANI Report, just prior to the beginning of votes counting, BJP MLA Manoj Tiwari stated that his party will come out as triumphant: 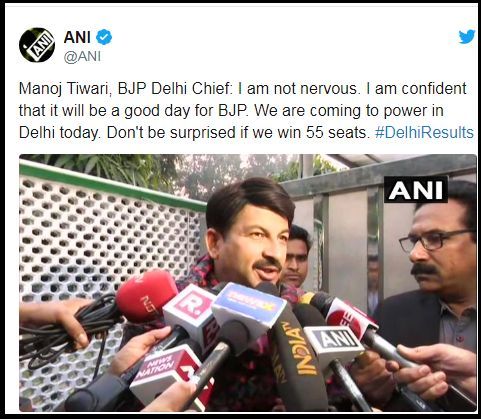