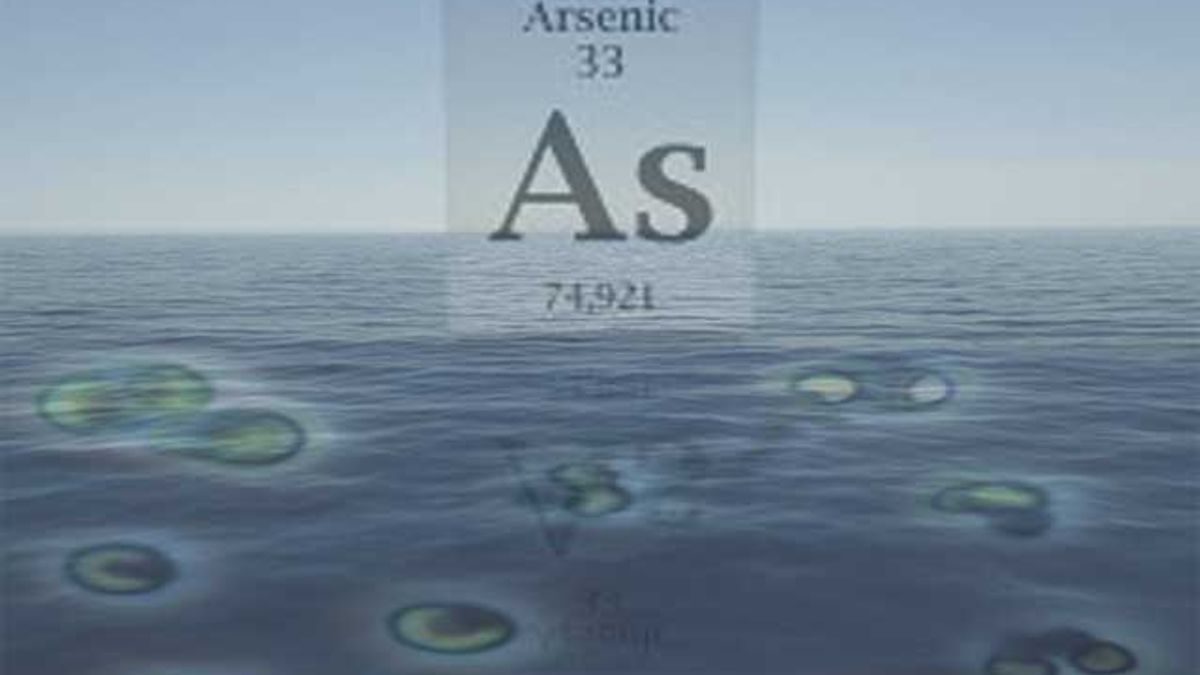 The Earth's surface is covered with 70% of water. Therefore, aquatic ecosystem have diverse aquatic living creature as compare to terrestrial living creature. The Pacific Ocean is the largest ocean on the globe and occupies around 62.46 million square miles of area. Therefore, it is home to a wide variety of marine creatures. Before moving on to the discussion of the discovery of Arsenic-breathing microbes, firstly knows that- what is Arsenic respiration?

What is Arsenic respiration?

According to the biologists, the Arsenic respiration is retro type of respiration because this process was done during the evolution of the life on the earth when there was scarce oxygen both in the air and in the ocean.

Arsenic is commonly found in weathered volcanic and marine sedimentary rocks, fossil fuels and many minerals (i.e. scorodite, arsenopyrite, realgar and orpiment). It can accumulate to micromolar concentrations under certain conditions. Arsenate (As (V)) is the prevalent form of arsenic in toxic environments, whereas arsenite (As (III)) is most common under anoxic conditions.

The behaviours of arsenic species in sediments, however, are complicated by the binding of As (V) to hydrous manganese, aluminium and, especially, iron. Because arsenate [As (V)] reduction by bacteria can significantly enhance arsenic mobility in the environment, it is important to be able to predict when this activity will occur. Currently, two bacterial systems are known that specifically reduce As (V), namely, a respiratory system and a detoxification system.

The arsenate oxyanion is chemically similar to phosphate, and its toxicity is based primarily on the competitive inhibition of proteins that use phosphate, as do many of the enzymes in intermediary metabolism and oxidative phosphorylation.

Recently, the researchers of the University of Washington discovered arsenic-breathing organisms in the Pacific Ocean. This finding came into existence when the group of researchers analysed seawater samples of the low-oxygen parts of the Pacific Ocean or we can say sample were taken from the surface where oxygen is almost absent.

The researchers were surprised because the organism from the low-oxygen parts of the Pacific Ocean survived and use other elements as an electron acceptor to extract energy from food.

During the course of analysis, they also study the DNA of the microbes which living the low-oxygen parts of the Pacific Ocean. They find out that these microbes are genetically modified themselves to convert arsenic-based molecules as a way to gain energy.

On the basis of on the genetic signatures of pathways analysis, some biologist opines that these types of organism are not new to the environment and exist from the inception of evolution. They also state that during the early phase of the evolution, oxygen was not in abundance. Oxygen became abundant in the earth's atmosphere only after the emergence of a massive process of photosynthesis, which converted carbon dioxide gas into oxygen. Therefore, early life forms used other elements like arsenic to gain energy which was very common in the ocean at that time.