Century Old Optical Illusion Test: People with High IQ can spot the hidden face of a man and fish inside the sketch of a Giant Bird in 11 seconds. Did you spot a Man catching Fish in the picture?

Century Old Optical Illusion Test: An optical illusion is a mind-bending, deeply fascinating, shape-shifting image of an object or drawing or people that challenge the brain’s way of perceiving things. There are many types of optical illusions like physical, physiological, and cognitive illusions. A normal human brain can look at things or images differently forming a different perception from each angle. So, optical illusions are also a part of the field of psychoanalysis as they throw some light on how you perceive things. One such clever illustration can be seen in a sketch of a big bird with a man’s face hidden inside the picture. 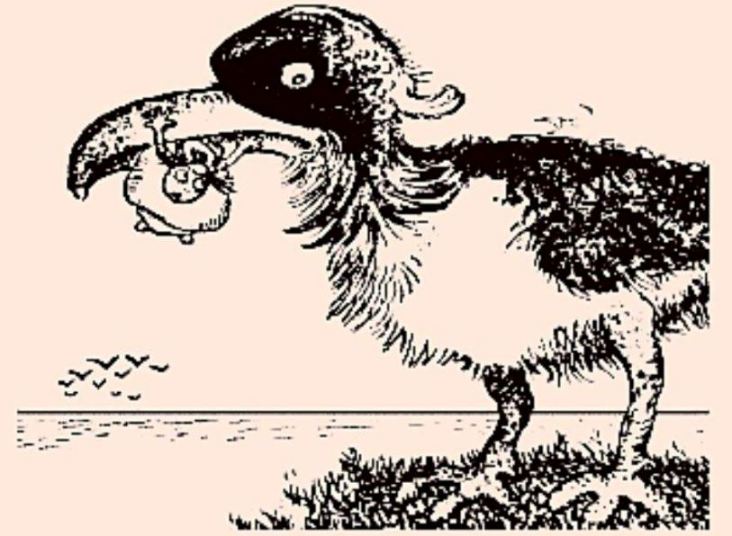 The above illustration is a classic image of Gustave Verbeek's (1904/2005) "A Fish Story" from The Upside Downs of Little Lady Lovekins and Old Man Muffaroo (original published in The New York Herald, around 1904. The illusion states that “Just as he reaches a small grassy point of land another fish attacks him lashing furiously with his tail.”This image is a tricky puzzle where you have to identify a man catching fish inside the sketch of a big bird. In this optical illusion, a hidden man who is catching a fish is concealed within the image of the majestic bird. So, the trickier part in this optical illusion is to spot the man catching a fish.

Take a close look at this optical illusion drawing and try to spot the man who is catching a fish inside the sketch of a Bull. It may appear too tricky to find the hidden face of a man and fish face, but if you flipped the image upside down then it may help. The image on the top shows a giant bird clutching a man in its beak.

However, turn the drawing around and it is an image of a man in a canoe observing a great fish. When you turn the image upside down, the bird’s head becomes the giant fish we were searching for just a moment ago, the bird’s body becomes an island, and the legs become trees. 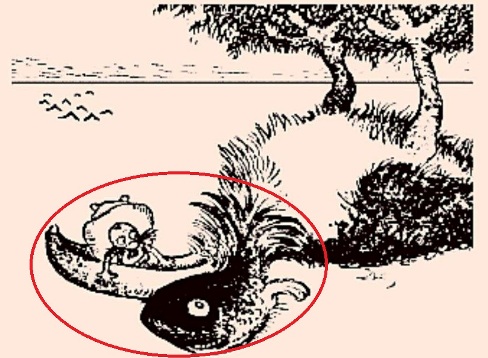 It has been claimed that if you manage to spot the man catching fish inside the Giant Bird Sketch in just 11 seconds, it could be a sign of your extraordinary intelligence or High IQ level. Studies show that the more you exercise your brain with difficult puzzles, the smarter you tend to be.

Specific combinations of color, light, and patterns can trick our brains into visually perceiving something that isn’t there. Therefore, Optical illusions always give some fascinating insight into how our brains work. So tell us, did you spot a Man catching Fish inside a Giant Bird's optical illusion?

Can you Spot 7 Hidden Objects in the picture?