Charlie Chaplin gained much popularity in the silent film era. In his 75 years of career, his achievements as an actor, filmmaker and music composer made him one of the legends in the film industry. On his 131st birth anniversary, let us have a look at the lesser-known facts about him and his famous quotations. 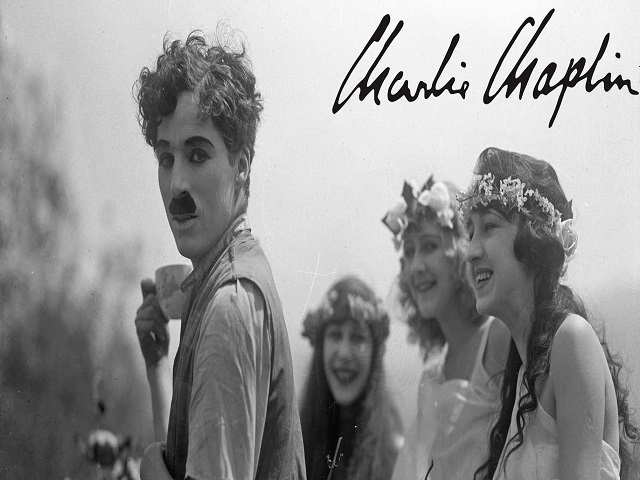 Charlie Chaplin gained much popularity in the silent film era. In his 75 years of career, his achievements as an actor, filmmaker and music composer made him one of the legends in the film industry. He is best known for his character in 'The Little Tramp' and since then, he has revolutionalized the cinema. He even made a film on Hitler named 'The Great Dictator' where he himself enacted as Hitler. The film was loved by many while others widely criticized it. Apart from his movies, Charlie Chaplin received much attention due to his controversial life. He had a fondness of marrying teenage women and ended up fathering 11 children.  Let us have a look at the lesser-known facts about Charlie Chaplin on his 131st birth anniversary.

8- Charlie Chaplin composed the music for his films-- City Lights in 1931, Limelight, Modern Times, etc. He won Oscar in 1973 for composing the theme of his film 'Limelight.'

7- Charlie Chaplin wanted to do everything by himself to attain the perfectionism. He even shot 40,000 feet of his film 'The Immigrant.' He casted actress Virginia Cherill in his movie 'City Lights' so that she can say two words 'Flower, sir.' Virginia gave 342 takes until she attained perfectionism for the two words as per Chaplin.

6- In the year 1940, Chaplin allegedly dated actress Joan Berry. Chaplin invited the actress to New York, where she spent time with him. However, later on, the actress claimed that Chaplin made her available to other individuals for immoral purposes. This behaviour violated the Mann Act.

5- In the year 1952, Chaplin was not allowed to re-enter the US due to his communist politics. He moved with his family to Switzerland and vowed to never return to Hollywood. However, he came back after 20 years to receive his second Oscar.

4- A Russian astronomer Lyudmila Georgievna Karachkina, in 1981, named a minor planet after Chaplin-- '3623 Chaplin.' The astronomer discovered over 100 minor planets.

3- An annual film festival named 'Charlie Chaplin Comedy Film Festival' is held in the month of August featuring short film competition. The festival has similar categories like Chaplins of the future. The film festival was founded in the year 2011.

2- On his 127th birthday (April 16, 2016), his former home in Switzerland was converted into a museum which was dedicated to his life and work. The museum has a studio having screened and waxed figures of his movies along with the restaurant named 'The Tramp.'

1- After Charlie Chaplin died, his body was buried near his home in Switzerland. Three months later, his widow (Oona Chaplin), received a call from the police that someone has dug up the grave and took Chaplin's body with him. The thieves demanded $600,000 to return Chaplin's body. Oona tapped the phone calls and the men (Roman Wardas and Gantscho Ganev) were arrested. The thieves confessed the crime and showed the cornfield to the police where they buried Chaplin's body. The two thieves even wrote 'I'm sorry' letters to Chaplin's widow before going to jail. Oona after receiving the letters forgave the thieves.

1- That is why, no matter how desperate the predicament is, I am always very much in earnest about clutching my cane, straightening my derby hat and fixing my tie, even though I have just landed on my head.

2- Actors search for rejection. If they don't get it they reject themselves.

3- Laughter is the tonic, the relief, the surcease for pain.

4- I remain just one thing, and one thing only, and that is a clown. It places me on a far higher plane than any politician.

5- The saddest thing I can imagine is to get used to luxury.

6- I don't believe that the public knows what it wants; this is the conclusion that I have drawn from my career.

7- Failure is unimportant. It takes courage to make a fool of yourself.

8- Movies are a fad. Audiences really want to see live actors on a stage.

9- I do not have much patience with a thing of beauty that must be explained to be understood. If it does need additional interpretation by someone other than the creator, then I question whether it has fulfilled its purpose.

10- What do you want a meaning for? Life is a desire, not a meaning.

Sir Charles Spencer Chaplin was born on April 16, 1889, London, England. His father was a singer and actor and his mother was a singer and actress. His parents separated before he was three years old. Charlie Chaplin was a British comedian, producer, writer, director, and composer who is widely regarded as the greatest comic artist of the screen and one of the most important figures in motion-picture history. Chaplin died at the age of 88 on December 25, 1977.