This article explains all the Fundamental Rights enjoyed by the citizens of India.

(Article 15): Non-discrimination on grounds of religion, race, caste, sex, or place of birth

Article 15 states that the state shall not discriminate against any citizen on grounds only of religion, caste, sex, place of birth, or any of them and would not be subject to any disability, liability, restriction, or condition. Nothing in this article shall prevent the state from making any special provisions for women and children.

Nothing in this article or in sub-clause (G) of clause (1) of Article 19 shall prevent the state from making any special provision by law, for the advancement of any socially and educationally backward classes of citizens or for the Scheduled Castes or Scheduled Tribes. 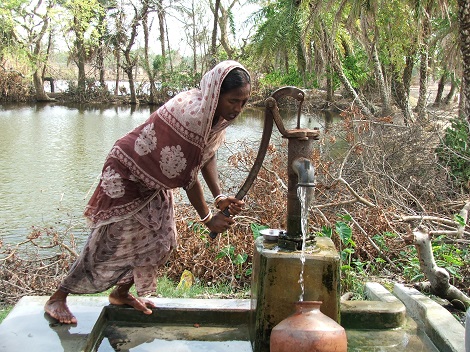 (A woman fetching water from handpump without any discrimination)

Article 16 states that no citizen shall on grounds only of religion, race, caste, sex, descent, place of birth, residence, or any of them, be ineligible for or discriminated against in respect of any employment or office under the state.

Article 17 abolishes Untouchability and forbids its practice in any form. Untouchability refers to a social practice that looks down upon certain oppressed classes solely on account of their birth and makes any discrimination against them on this ground. 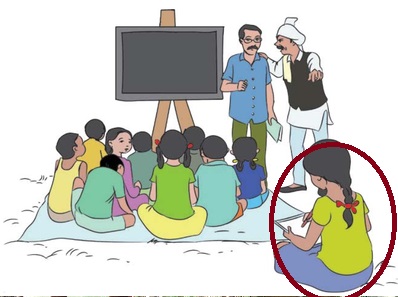 Article 18 abolishes all titles and prohibits the state to confer titles on anybody whether a citizen or a non-citizen. However, military and academic distinctions are exempted from the prohibition.

The Right to Freedom guarantees to the citizens of India six Fundamental Freedoms: 1) Freedom of Speech and Expression, 2) Freedom of Assembly, 3) Freedom to form associations, 4) Freedom of Movement, 5) Freedom to reside and to settle, and 6) Freedom of the profession, occupation, trade, or business.

(Article 20): Protection in respect of Conviction for Offences

Article 20 provides protection against arbitrary and excessive punishment for any person who commits an offence. This article has taken care to safeguard the rights of persons accused of crimes. Moreover, this article cannot be suspended even during an emergency in operation under Article 359.

Article 21 states no person shall be deprived of his life or personal liberty except according to the procedure established by law. However, Article 21 puts a limit on the power of the State given under Article 246, read with the legislative lists. Thus, Article 21 does not recognise the Right to Life and Personal Liberty as an absolute right but limits the scope of the right itself.

(Article 22): Safeguards against Arbitrary Arrest and Detention
Firstly, Article 22 guarantees the right of every person who is arrested to be informed of the cause of his arrest; secondly, his right to consult and to be defended by a lawyer of his choice. Thirdly, every person arrested and detained in custody shall be produced before the nearest Magistrate within a period of twenty-four hours and shall be kept in continued custody only with his authority.

Articles 25 and 26 embody the principles of religious tolerance and serve to emphasize the secular nature of Indian democracy, i.e. equal respect to all religions. Article 25 offers freedom of Conscience and Free Profession, Practice, and Propagation of Religion whereas Article 26 helps to manage religious affairs, which is subject to public order, morality, and health, every religious denomination or any section.

Article 27 provides freedom not to pay taxes for religious expenses on the promotion or maintenance of any particular religion. Article 28 prohibits religious instructions in educational institutions wholly maintained by the state.

Read | Article 25 of the Indian Constitution: Freedom of conscience and free profession, practice, and propagation of religion

The 44th Amendment has abolished the Right to Property as a Fundamental Right guaranteed by Art. 19 (f) and Art. 31 of the Constitution. It is now only a Legal Right under article 300-A, which gives protection against executive action but not against legislative action

Rights, in order to be meaningful, must be enforceable and backed by remedies in case of violation. This article guarantees the right to move the Supreme Court by appropriate proceedings for the enforcement of Fundamental Rights and deals with the Supreme Court’s power to issue orders or writs for the enforcement of Fundamental Rights.

Article 33 empowers Parliament to modify the application of Fundamental Rights to the armed forces or forces charged with the maintenance of public order. On the other hand, Article 35 lays down that the power to make laws to give effect to certain specified Fundamental Rights shall vest only with the Parliament and not with State Legislatures.

Therefore, Fundamental Rights play a significant role because they are most essential for the attainment of the full intellectual, moral, and spiritual status of an individual. Therefore, the objective behind the inclusion of Fundamental Rights in the Constitution was to establish a government of Law to preserve individual liberty, build an equitable society, and establish a welfare state.

Adopt the Smart Way for #SarkariKiTaiyaari, a new way of studying, enabling you to learn anything, anywhere. Click here to download the App now!

Protection of Life and Personal Liberty is mentioned in which Article of the Fundamental Rights?

Article 21 states no person shall be deprived of his life or personal liberty except according to the procedure established by law.

Why these rights are called Fundamental rights?

These rights are known as fundamental rights because they are enshrined in the Constitution which guarantees them, they are justiciable or enforceable by the courts. If these rights are violated, a person can approach a court of law.

Article 18 of the Fundamental Rights deals with...

Article 18 abolishes all titles and prohibits the state to confer titles on anybody whether a citizen or a non-citizen. However, military and academic distinctions are exempted from the prohibition.

What do you mean by Fundamental Rights?

Fundamental Rights are the basic human rights enshrined in the Constitution of India which are guaranteed to all citizens. These rights are applied without discrimination on the basis of race, religion, gender, etc. Fundamental Rights are enforceable by the courts and are subject to certain conditions.
Get the latest General Knowledge and Current Affairs from all over India and world for all competitive exams.