Mahatma Gandhi is the one of the most influential leaders of the world. He had led the Indian freedom movement from the front. Questions related to the life of Gandhi ji are asked in almost every exam held in India. So for the preparation of the different competitive exams like UPSC/PSC/SSC etc. we have published 10 important GK questions and answers on the life of Gandhi ji. 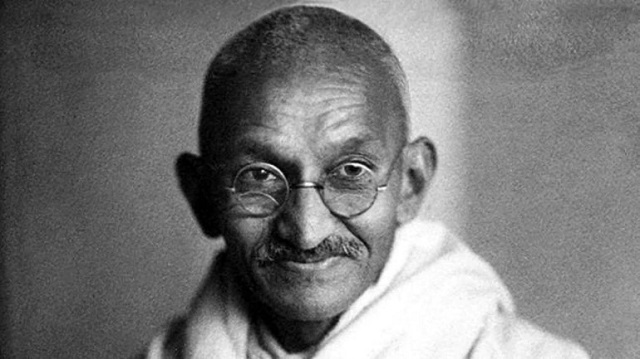 To increase the knowledge of general public and students about the Gandhi ji; we have published this set of 10 questions and answers on the life of Mahatma Gandhi. So solve this quiz and know more about this charismatic leader in detail.

1. Which of the following statement is NOT true about the Gandhi ji?
(a).He was married to Kasturba Makhanji at the age of 13 years.
(b). Gandhi ji returned to India at the age of around 46 years.
(c). Gopal Krishna Gokhle is assumed to be the political guru of Gandhi ji.
(d). He founded the Sabarmati Ashram in Ahmedabad (Gujarat) in 1918.

Explanation: Gandhi ji returned to India at the age of around 46 years then roamed around whole India and finally founded the Sabarmati Ashram in Ahmedabad (Gujarat) in 1915 to preach his teachings.

Explanation: Champaran Satyagraha was launched on 19 April 1917.This was Gandhi’s first Satyagraha movement and a farmer’s revolt in Bihar against the indigo crop production.

3. Who of the following person is not associated with the Champaran Satyagraha?
(a). Brajkishore Prasad
(b). Rajendra Prasad
(c). Anugrah Narayan Sinha
(d). Govind Ballabh Pant

4. Which of the following statement is not CORRECT about 'The Story of My Experiments with Truth'?

i. It was originally written in the English language

ii.  It covers life of Gandhi ji since early childhood to 1921.

iii. This book was originally published in two volumes, first in 1927 and second in 1929.

5. Which of the following was the second Satyagrah of Gandhi ji in India?
(a). Kheda Satyagraha
(b). Ahmedabad mill strike
(c). Champaran Satyagraha
(d). None of the above

Explanation: Ahmedabad Mill Strike, 1918 was second movements led by Gandhi ji in India. The Mill Owners wanted to withdraw the bonus while the workers demanded a 50% wage hike against 20% offered by the Mill Owners.

Explanation: 'Teen Kathiya' was a practice of Mandatory farming of Indigo for the Farmers of Bihar. The British forced farmers in Bihar to grow indigo on three Kathas land for every twenty Kathas (3/20) they owned.

Explanation:  Winston Churchill referred to Mohandas Gandhi as the 'half-naked fakir' while Gandhi regarded the expression as a compliment.

Explanation: The Indian National Congress (INC) held its 39th session at Belgaum (Karnataka) on the 26th & 27th Dec.1924. This was the only session of INC which was headed by the Gandhi ji ever.