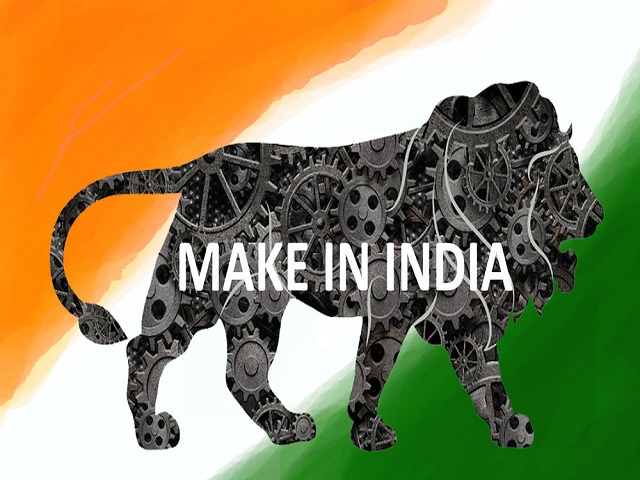 Dear students solve these 9 GK Questions and Answers on Make in India Programme and evaluate your preparation for the upcoming competitive exams to be held in India.

4. How many sectors are targeted in the Make in India programme?
(a) 10
(b) 15
(c) 20
(d) 25
Answer:d
Explanation: The Make in India programme is focused on the development of 25 sectors of Indian economy namely; mining, oil and gas, automobiles, automobile components, defence manufacturing electrical machinery, electronic systems, aviation, biotechnology, food processing, IT & BPM, leather, media and entertainment, pharmaceuticals, ports and shipping, textile and garments, roads and highways,railways, space, thermal power, renewable energy,tourism and hospitality and wellness and chemicals, construction.

5. Which of the following statement is/are correct about the Make in India programme?

i. This is designed to facilitate investment, foster innovation, enhance skill development

ii. It also targets at improving India’s rank on the Ease of Doing Business index

6. Which of the following is not the objective of the Make in India programme?
(a) To increase the growth of manufacturing sector to 12-14% in order to increase the sector’s share in the economy.
(b) To create 100 million additional manufacturing jobs in the economy by 2022
(c) To make India a corruption-free country
(d) To increase the share of the manufacturing sector in the GDP of the country
Answer: c
Explanation: Corruption free India is not among the key objectives of the Make in India programme. Although the Indian government is trying hard to make India corruption-free by other efforts like digital India and regulation of babudom etc.

7. "Zero Defect Zero Effect" slogan is related to which of the following scheme?
(a) Digital India
(b) Make in India
(c) Startup India
(d) Clean India mission
Answer: b
Explanation: "Zero Defect Zero Effect" slogan was given by Prime Minister Narendra Modi. It means The adaptation of such an efficient technology that causes no defects in the products and any adverse effect on the environment.

GK Questions and Answers on Gross Domestic Product(GDP) of India