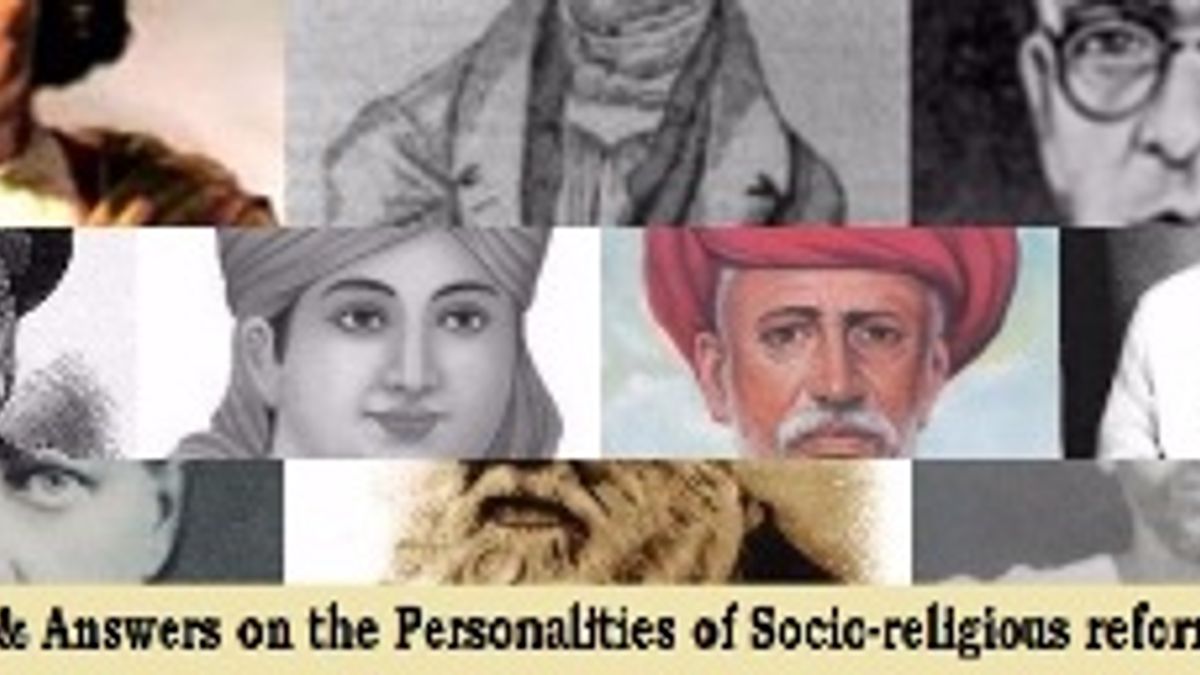 1. Who among the following popularly known as ‘Father of Modern India’?

2. Who was the founder of Atmiya Sabha?

I. He compiled selected passage from the Upanishads, which known as Brahma Dharma.

II. He started the Suddhi Movement to bring back the Hindu converted to other religions and played some role in the growth of communalism in the 20th century.

4. Which of the following statement (s) is/are correct about 'Theosophical Society'?

A. The literally meaning of Theosophical movement is all inclusive

B. Theosophist popularised the study of oriental classics, especially Upanishads and Bhagwat Gita.

GK Questions and Answers on Tribal Rebellions of Indian History

5. Who was the first man to advocate the concept of Swaraj?

6. Who was the founder of Seva Sadon in 1885 to opposed child marriage and compulsory widowhood?

8. Who among the following claimed himself as Messiah and the incarnation of Jesus and Krishna?

GK Questions and Answers on the Glimpse of India

9. Which movement was popularly known as 'Periyar'?

I. It popularizing the teaching of the Kuran and Hadith

II. This movement initiated Jihad against foreign rule. They did not support Western education and culture. They advocated the unity of all religions.