November month signaled the start of winter. Several events whether religious, national, international, and social occurred in November 2020. Let us find out in the form of questions and answers. 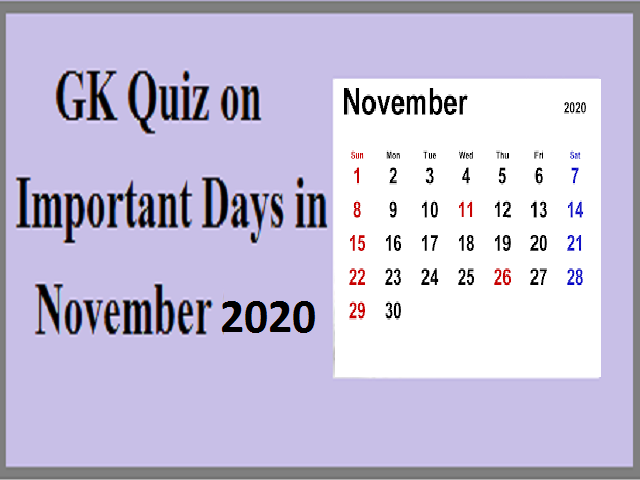 3. Which day in November is dedicated to Saints'?
A. 1 November
B. 5 November
C. 9 November
D. None of the above
Ans. A
Explanation: 1 November is celebrated as All Saints' Day to praise all saints. It is also known as All Hallows' Day or Hallowmas.

These are some questions and answers based on November 2020 important days and dates.

Important Days and Dates in November 2020