The monsoon system of the Indian subcontinent has appeared as truly massive interruptions and reversal of the normal global atmospheric circulation, which make it different from the rest of the world. Here, we are giving a brief note on ‘How does the Tibet Plateau influence the monsoon system of the Indian Subcontinent’, which is very useful for competitive examinations like UPSC, SSC and State Services. 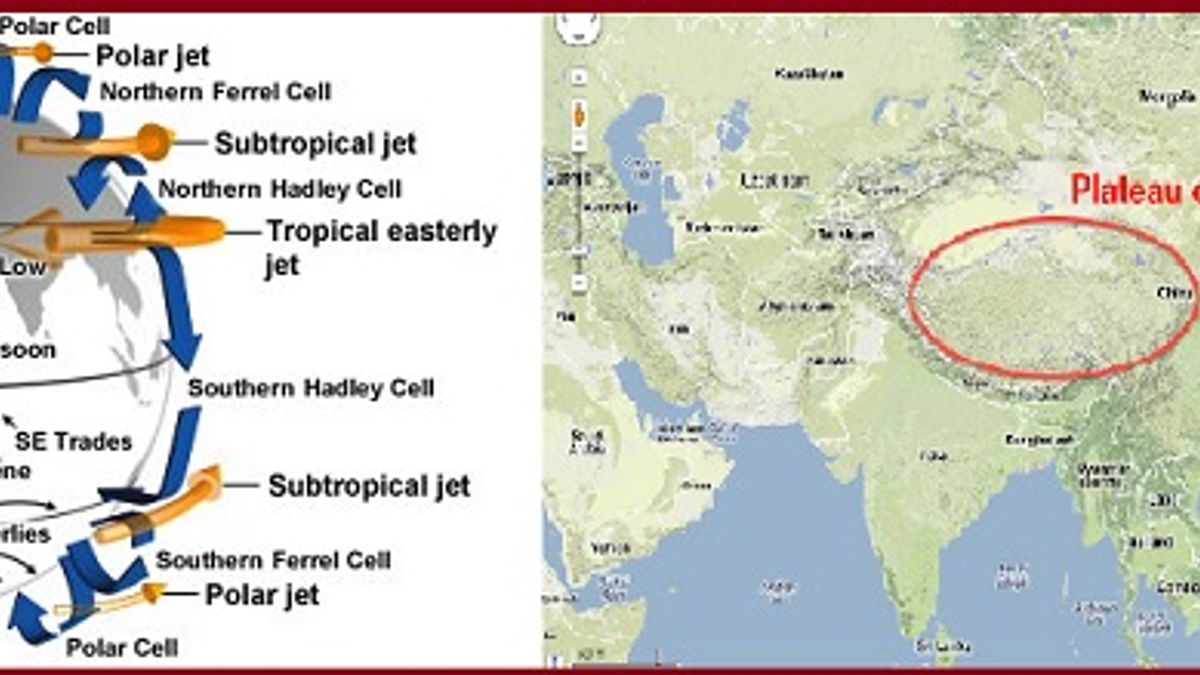 The seasonal reversing wind followed by corresponding changes in precipitation,but is now used to describe seasonal changes in atmospheric circulation and precipitation associated with the asymmetric heating of land and sea is called Monsoon. The monsoon system of the Indian subcontinent has appeared as truly massive interruptions and reversal of the normal global atmospheric circulation, which make it different from the rest of the world.

Recent studies postulate the new theories on the origin of monsoon system of Indian sub-continent by studying the layers of the atmosphere. It envisages that monsoon circulation is not only the reason for the outcome of the thermally induced surface low and high-pressure centres, but also the influence of Tibetan plateau and the jet stream on the origin of monsoonal circulation over the Indian subcontinent and its adjoining areas.

Tibet Plateau is an enormous block of a high ground act as a formidable barrier as well as a heat source. It accents the northward displacement of the jet stream in the middle of the October. This abrupt onset of the summer monsoon in the beginning of June is promoted by the hydrodynamic effect the Himalayas and not by the thermally induced low-pressure centre over northwest India. Recent theory envisions that the Tibet plateau is the high level source of heat during summer time. During southwest monsoon, a thermal anticyclone appears over Tibet, which the resultant formation of dynamic anti-cyclogensis. On the south side of the anticyclone, the tropical jet stream is from.

As a result, there is a sensible heat transfer from the elevated surfaces of the Himalayas and Tibet to the atmosphere. Besides this, large amounts of latent heat released by monsoon rains over India are also added to the upper troposphere anticyclone. Thus the presence of Tibet Highland is very important, even if there is no significant barrier effect on the flow of air.

The tropical easterly jet stream is formed at an eastern longitude of India then moves towards westwards across India and the Arabian Sea to eastern Africa. This upper-level easterly jet stream creates a flow of air on the south side of Tibetan Plateau that reaches down to low levels over northernmost India. During summer, the insolation heating of air above Tibet Plateau weakens the western subtropical jet stream south of the Himalayas with the resultant reversal of pressure gradient and wind flow over northern India.

Hence, we can say, the formation of an anti-cyclone over Tibet Plateau has a close affinity to the burst of the monsoon system of the Indian Subcontinent.