Fairs are an intrinsic part of the Indian culture- a golden thread that runs through its cultural fabric. Generally fairs are organised at the religious places. About 2,250 fairs are held every year in the state of Uttar Pradesh. In this article, we are giving the list of important fairs of the Uttar Pradesh, which is very useful for the competitive examinations like UPSC-prelims, SSC, State Services, NDA, CDS, and Railways etc. 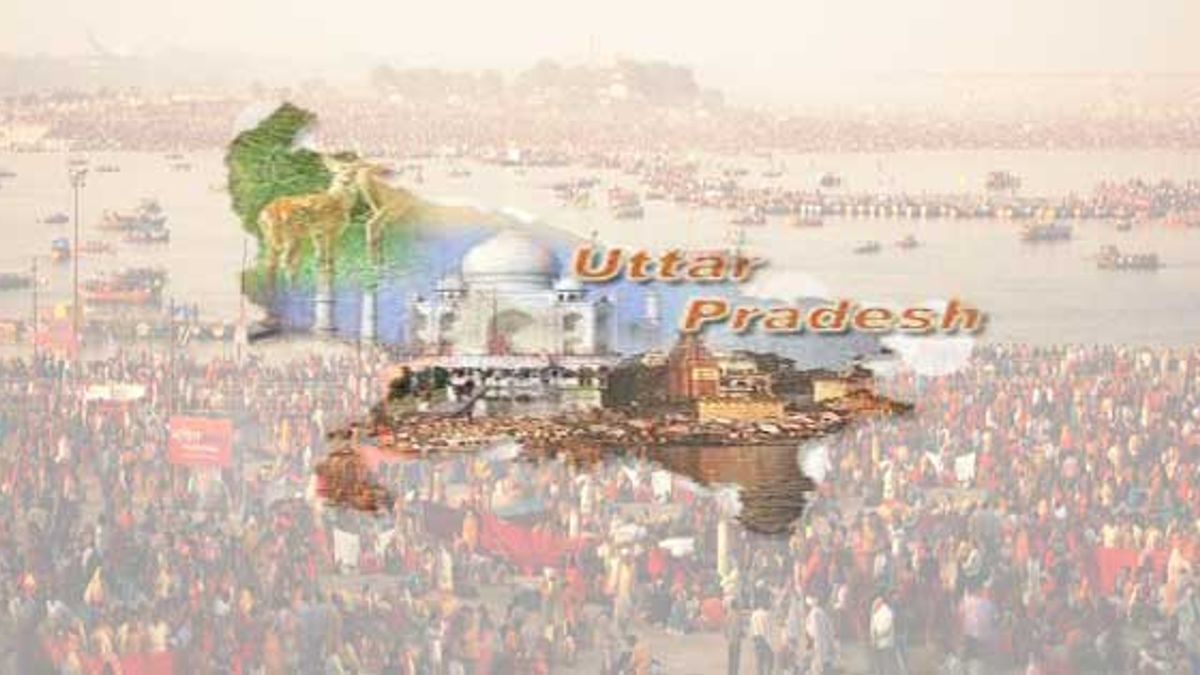 Fairs are an intrinsic part of the Indian culture- a golden thread that runs through its cultural fabric. Generally fairs are organised at the religious places. It can be defined as the place where people gathered for social, cultural and religious harmony.

Uttar Pradesh is the most populous state in India. In this state several Vedic texts and hymns were composed. There is an immense literary and folk Hindi-language tradition in the state. About 2,250 fairs are held every year in the state. Some of the important fairs are discussed below:

It is organised in Allahabad, near by the confluence of the three rivers-Ganga, Yamuna and Saraswati during the month of Maagh (January/February).

It is one of the famous fairs of Brij region. It is organised in Mathura on the eighth day of Kartik month. It is also known as ‘Gopashtami’. In this fair cow is worship.

It is organised on the second day of the Kartik month in Shukla Paksh.  It is a festival of faith, respect, and love between sisters and their brothers. After Rakshabandhan, this is another festival of the year that depicts the love and bond of sisters and brother.

According to the Legend, Goddess Yamuna observed fast for her brother Yamraj’s longevity and well-being. Since then, Bhai Dooj has been celebrated which symbolises the feeling of respect and affection between brothers and sisters. Sisters pray for the well-being, good health, and prosperity of their brothers.

It is organised in Meerut after a few days of Holi festival. During this fair, Hindu devotees worship ‘Nauchandi Devi’ and pay homage to great saint ‘Syed Salar’. It is a fair of communal harmony.

It is organised every year during the month of Kartik in Deva (a place near the Barabanki district of Uttar Pradesh) on the shrine of great Sufi Saint Waris Ali Shah.

It is organised during Navratri, twice a year in Saharanpur, Uttar Pradesh.

It is organised four times over the course of 12 years, the site of the observance rotating between four pilgrimage places on four sacred rivers—at Haridwar on the Ganges River, at Ujjain on the Shipra, at Nashik on the Godavari, and at Prayag (modern Allahabad) at the confluence of the Ganges, the Jamuna, and the mythical Sarasvati.

The story behind the mela goes back to the time when the gods (devas) used to reside on earth. Sage Durvasa’s curse had weakened them, and the asuras (demons) caused havoc in the world.

This fair is inscribed on the UNESCO's Representative “List of Intangible Cultural Heritage of Humanity”.

During the fair several holy men from different Hindu sects attends the fair, such as the Nagas (who do not wear any clothes), Kalpwasis (who bathe thrice a day) and Urdhawavahurs (who believe in putting the body through severe austerities). They come to the Mela to perform sacred rituals pertaining to their respective groups.

The fairs of the Uttar Pradesh reflect the true secular spirit because it embodies the rich and composite cultural heritage of our country.