A wetland is a type of ecosystem which is inundated by water, either permanently or seasonally, where oxygen-free processes prevail. According to the Matthews and Fung estimation, the world has 7 to 9 million sq. km of wetland which is found in the tropical and subtropical regions. In this article, we are giving the list of Major Wetland Regions of the World which is very useful for the preparation of competitive examinations like UPSC-prelims, SSC, State Services, NDA, CDS, and Railways etc. 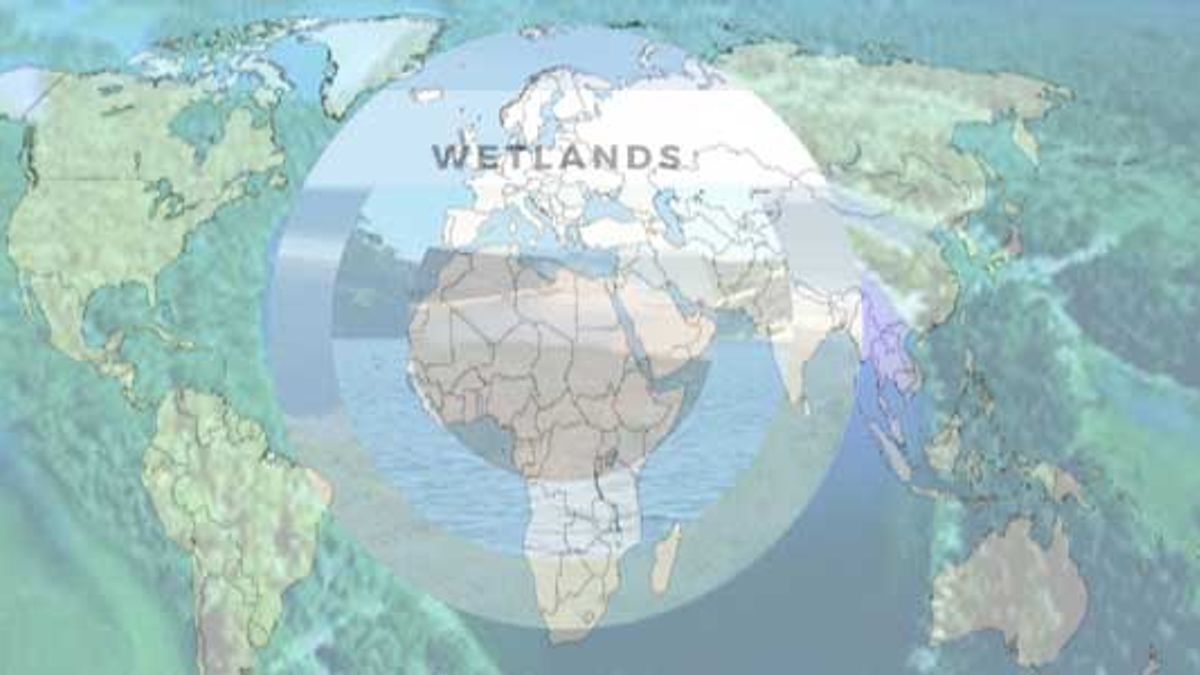 A wetland is a type of ecosystem which is inundated by water, either permanently or seasonally, where oxygen-free processes prevail. The primary factor that distinguishes wetlands from other land forms or water bodies is the characteristic vegetation of aquatic plants, adapted to the unique hydric soil. It includes mangroves, peatlands and marshes, rivers and lakes, deltas, floodplains and flooded forests, rice-fields, and even coral reefs.

Major Wetland Regions of the World

According to the Matthews and Fung estimation, the world has 7 to 9 million sq. km of wetland which is found in the tropical and subtropical regions. The major wetlands regions of the world are discussed below:

It is home to the world's highest uninterrupted waterfall, Angel Falls in Venezuela; the highest single drop waterfall Kaieteur Falls in Guyana; the largest river (by volume), the Amazon River; the longest mountain range, the Andes mountain; the driest non-polar place on earth, the Atacama Desert; Amazon Rainforest ; the Lake Titicaca (highest commercially navigable lake in the world,) .

There are four major wetland region of this continent: Orinoco River delta of Venezuela; Llanos (western part of the Orinoco River found in western Venezuela and northern Colombia); Amazon River Area; Pantonal (One of the largest wetlands in world located in southwestern Brazil).

It is situated in the temperate climate zones, being subjected to prevailing westerlies. The climate is milder in comparison to other areas of the same latitude around the globe due to the influence of the Gulf Stream. There are three major wetland region of this continent: Rhone River Delta (Mediterranean Sea Deltas); Coastal Marshes of Northern Europe; Peatlands.

What is Tides, why it occurs and how it is important for human life

The climate of this region ranges from tropical to subarctic on its highest peaks. Its northern half is primarily desert, or arid, while its central and southern areas contain both savanna plains and dense jungle (rainforest) regions. There are three major wetland region of this continent:  Congo River Swamps, Inner Niger Delta, Sudd of the Upper Nile, and the Okavango Delta.

The climate of this region is significantly influenced by ocean currents, including the Indian Ocean Dipole and the El Niño–Southern Oscillation, which is correlated with periodic drought, and the seasonal tropical low-pressure system that produces cyclones in northern Australia. Wetlands are distinctive due to seasonal dryness from high evaporation rates and low rainfall. Saline wetlands and lakes are common as a result of the high evaporation rates.

It has the largest coastline, at 62,800 kilometres (39,022 mi). It is generally defined as comprising the eastern four-fifths of Eurasia. It is located to the east of the Suez Canal and the Ural Mountains, and south of the Caucasus Mountains (or the Kuma–Manych Depression) and the Caspian and Black Seas. Most of its wetlands have been converted for agriculture.

South and Southeast Asia has the biggest wetlands. The Indus, Ganges, Chao Praya, Mekong, Red are the major rivers of this region.