This article is explaining the findings of the survey conducted by the Small Arms Survey. This survey was published in June 2018. As per this survey USA has highest number of firearms in the world. The total population of the USA is 32.67 cr while the average numbers of firearms in this country are 39.33. It means USA has more than one firearm per individual. 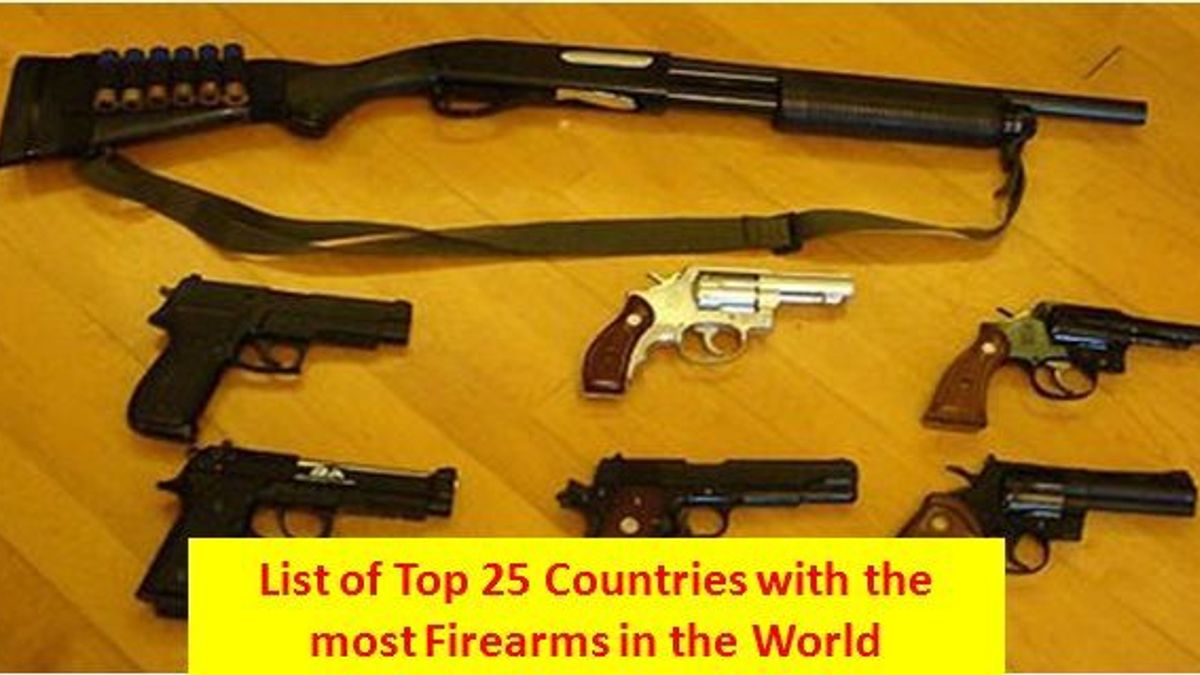 In this article we are explaining the findings of the survey conducted by the Small Arms Survey -2018. This survey was published in June 2018 which includes the data of FY 2017. This report shows that in 2006 there were 650 million firearms in the world, increased to about 857 million in 2017 which shows an increase of 15.7%.

In the FY 2018 the total population of the USA is 32.67 cr while the average numbers of firearms in this country are 39.33. It means USA has more than one firearm per individual. The most shocking fact of the report is that India is at the second position in terms of firearms holdings. It is worth to mention here that this report includes both type of firearms i.e. registered and unregistered.

The main facts of this Survey are as follows;
1. Only about 100 million (12 percent of the total) firearms of the world are registered.

2. There is huge difference in the distribution of firearms in the world, such as USA has 120.5 firearms per 100 residents while other countries like Indonesia, Japan, Malawi and many Pacific Island countries have just one firearm per resident.

3.  At the end of 2017 there were approximately 1,013 million firearms in the 230 countries and autonomous territories of the world, 84.6% of which were held by civilians, 13.1% by state militaries and 2.2% by law enforcement agencies.

4.   America has the most firearms per resident in the world. There are 120.5 weapons or guns among 100 resident of the USA.

Estimated total civilian-held legal and illicit firearms in the 25 top ranked countries and territories, 2017 are as follows;

The most surprising fact in the list given above is that the Afghanistan is placed at number 23 while it is most war ridden country in the world and India which is famous for its peaceful foreign policy is placed at the second spot. On the other hand the placement of the Pakistan at the fourth place is not surprising at all because it is declared as the heaven of the terrorists in the world.

In the conclusion it is right to say that the race of more and more firearms or weapons is not good for any civilized society. So the world leaders should think twice before making a loose licensing policy.

What is the Siachen Glacier Dispute?