Space Mission is a journey, by a manned or unmanned vehicle, into space to gather scientific data. It is important for global partnerships and exploration capabilities that help global preparedness for protecting the Earth from catastrophic. In this article, we are giving the list of World's Space Explorations Mission which is very useful for the competitive examinations like UPSC-prelims, SSC, State Services, NDA, CDS, and Railways etc. 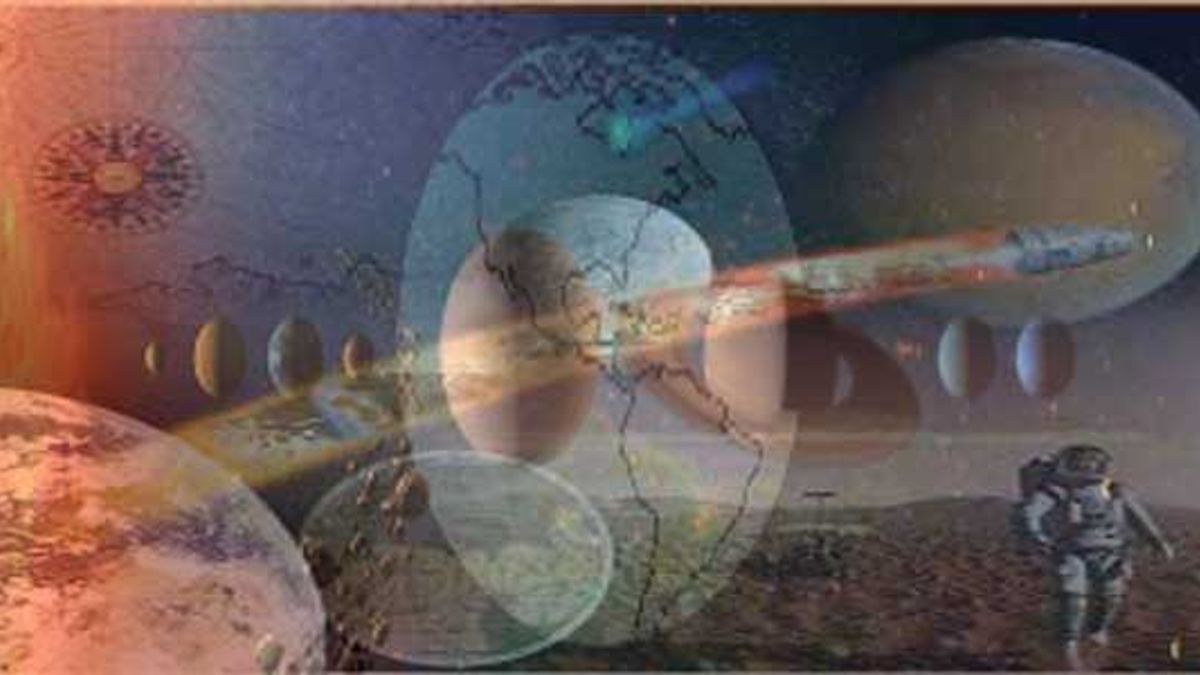 Space Mission is a journey, by a manned or unmanned vehicle, into space to gather scientific data. It is important for global partnerships and exploration capabilities that help global preparedness for protecting the Earth from catastrophic events such as some asteroid strikes, advancing collaborative research on space weather and protecting spacecraft by developing new means for space debris removal.

The list of World's Space Explorations Mission which was or are launched to the study of the sun, moon, stars, planets, comets, gas, galaxies, gas, dust and other non-Earthly bodies and phenomena are discussed below:

It was a series of unmanned space mission of the Soviet Union sent to the Moon between 1959 and 1976. It was designed as either an orbiter or lander and accomplished many firsts in space exploration.

It was a series of human spaceflight missions undertaken by the United States of America using the Apollo spacecraft and Saturn launched vehicle conducted between 1961-1972. It was the third US human spaceflight program to fly, preceded by the two-man Project Gemini conceived in 1961 to extend spaceflight capability in support of Apollo. The crew of first space expedition of this mission was Neil Armstrong, Michael Collins and Buzz Aldrin. Armstrong and Aldrin walked on the lunar surface while Collins remained in orbit around the moon. Neil Armstrong was the first person to walk on the moon.

3. The Soviet space programme launched two flyby probes towards Mars in October 1960, dubbed Mars 1960A and Mars 1960B, but both failed to reach Earth orbits.

4.  NASA’s Jet Propulsion Laboratory made two attempts at reaching Mars. Mariner 3 and Mariner 4 were identical spacecraft designed to carry out the first flybys of Mars. Mariner 4 was launched on 28 November 1964 successfully on the eight-month voyage to red planet.

In 1976, the two Viking probes entered orbit about Mars and each released a lander module that made a successful soft landing on the planet’s surface.

It was an unmanned space mission consisting of two probes launched by the Soviet Union to study Mars and its moons Phobos and Deimos.

This mission was the first successful one to the red planet in two decades when it was launched in November 12, 1997. Mars Global Surveyor completed its primary mission on 31 January 2001, and is now in an extended mission phase.

This spacecraft landed on July 4, 1997 on the ancient floodplain site called Ares Vallis (the northern hemisphere of the Mars). It carried a tiny remote-controlled rover called Sojourner which travelled a few meters around the landing site, exploring the conditions and sampling rocks around it.

It is a robotic spacecraft orbiting the planet Mars which was developed by NASA. It was originally a component of the Mars Surveyor 2001 program, and was named the Mars Surveyor 2001 Orbiter. It was intended to have a companion spacecraft known as Mars Surveyor 2001 Lander, but the lander mission was cancelled in May 2000 following the failures of Mars Climate Orbiter and Mars Polar Lander in late 1999. Subsequently, the name 2001 Mars Odyssey was selected for the orbiter as a specific tribute to the vision of space exploration.

It is a space exploration mission being conducted by the European Space Agency. It is exploring the planet Mars, and is the first planetary mission attempted by the agency. "Express" originally referred to the speed and efficiency with which the spacecraft was designed and built. This spacecraft consists of the mars Express Orbiter and the lander Beagle 2.

This was launched by NASA for exploring the planet Mars. It successfully landed in Gusev Crater (believed once to have been a crater) on January 3, 2004.

It was launched towards the planet to conduct a two-year science survey on 12 August 2005.

It was a series of probes which was developed by the USSR for the gathering of data from Venus. It was the first man-made devices- to enter the atmosphere of another planet; to make the soft landing on another planet; to return the images from the planetary surface and to perform high-resolution radar mapping studies of the Venus.

It was a series of unmanned spacecraft Venus missions launched in a cooperative effort among the Soviet Union and Austria, Bulgaria, France, Hungary, the German Democratic Republic, Poland, Czechoslovakia and the Federal Republic of Germany in December 1984.

It is the first Venus exploration mission of the European Space Agency.

It had carried out a mission from 1989-1994, orbiting Venus from 1990-1994. It was named after the 16th century Portuguese explorer Ferdinand Magellan. It was the first planetary spacecraft to be launched by a space shuttle when it was carried aloft by the shuttle Atlantis from the Kennedy Space Centre in Florida on May 1989. This mission was designated STS-30.

This was unmanned US space mission for planetary exploration.

It was a 10-mission program conducted by the American space agency NASA in conjunction with Jet Propulsion Laboratory (JPL). It was designed to investigate Mars, Venus and Mercury.

What is Super Blue Blood Moon?

It is an American scientific program to study the outer Solar System.

It was a series of Soviet unmanned space program undertaken from 1964 to 1970 for the 3MV planetary probe which was intended to gather information about nearby planets.

It was launched by NASA in September 2007 with the mission of studying two of the three known protoplanets of the asteroid belt, Vesta and Ceres. It was retired on 1 November 2018 and it is currently in an uncontrolled orbit about its second target, the dwarf planet Ceres.

It is a NASA space probe designed to study the composition of the interior of the comet Tempel 1.

It was a NASA robotic spacecraft that orbited the planet Mercury between 2011 and 2015 to study Mercury's chemical composition, geology, and magnetic field.

It is a European Space Agency-led unmanned space mission launched in 2004 intended to study the comet 67P/Churyumov-Gerasimenko.

It is an unmanned space mission of the Japan Aerospace Exploration Agency to collect a sample of material from a small near Earth asteroid named 25143 Itokawa (dimension 540 meters by 270 meters by 210 meters) and return the sample to Earth for analysis.

It was a robotic space probe designed by the Johns Hopkins University Applied Physics Laboratory for NASA to study the near-Earth asteroid Eros from close orbit.

It is a joint NASA/ESA/ASI unmanned space mission intended to study Saturn and its moon.

It was unmanned spacecraft sent by NASA to study the planet Jupiter and its moon.

It was Japanese space probe sent to study Comet Halley. It was launched on 18 August 1985 from the Kagoshima Space Centre and had its closest approach (150,000 km) to Halley on March 8, 1986.

It is a series of lower-cost (as compared to New Frontiers or Flagship Programs), highly focused American scientific space missions that are exploring the Solar System.

It was India's first lunar probe launched by the Indian Space Research Organisation in October 2008, and operated until August 2009. The prime objective was to conduct scientific experiments using instruments on the spacecraft which would yield data.

Top 10 Planets with the Largest Number of Natural Satellite

It is a space probe orbiting Mars since 24 September 2014. It was launched on 5 November 2013 by the Indian Space Research Organisation (ISRO). The primary objective of the mission is to develop the technologies required for designing, planning, management and operations of an interplanetary mission.

It is an American privately held company that is developing space robotics technology for planetary missions. It was founded in 2008 by Carnegie Mellon professor Red Whittaker and his associates, with the goal of winning the Google Lunar X Prize.