Optical Illusion: Do you see a block of swiss cheese?

Although it has been a part of the culture since the 19th Century, optical illusions have gained prominence in the last decade or so.

With the penetration of the internet around the globe, more and more people are getting to enjoy these optical illusions in their daily lives, so much so that it has become a part of popular culture.

Get ready for a mind-boggling optical illusion which will blow away your mind.

Optical Illusion: Spot the crown among a group of people in 13 Seconds

Optical Illusion - Do you See a Block of Swiss Cheese? 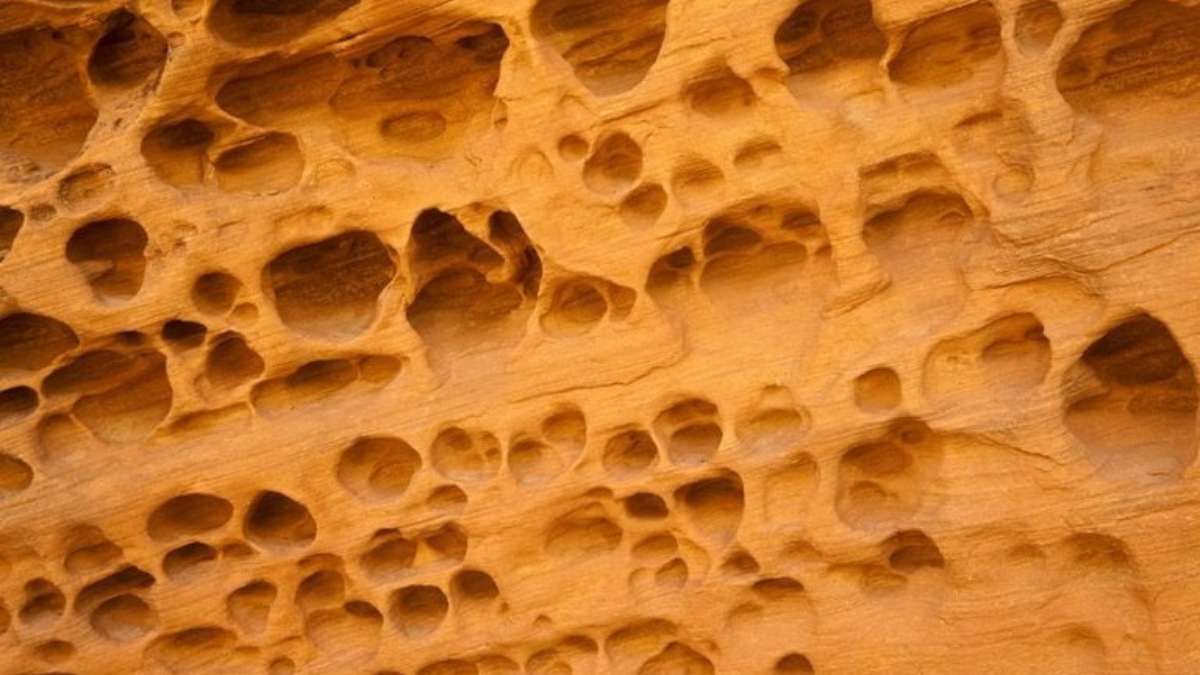 This image by Christian Heinrich has left netizens perplexed. It shows an intriguing capture that looks like a block of swiss cheese at first glance.

Take a closer look at the picture and try to find out the truth behind the swiss cheese.

We all know swiss cheese is famous for its taste and melt-in-the-mouth texture and both kids and adults love to eat cheese.

Fondue is considered the national dish of Switzerland, the home to Emmental Cheese.

Are you able to determine what exactly is shown above?

We believe that some of you might have found out what exactly it is.

Congratulations, you have an excellent eye for detail.

Now, for those of you who are still searching for the answer, scroll below to get the answer and be surprised.

The image shared above although looks like a block of Swiss Emmental Cheese is, in reality, the formation of holes in a slot canyon in Utah. These holes are seen forming in the Little Wild Horse Canyon, Utah.

Surprised by the truth.

Well, it is the truth and although it looked like a block of delicious Swiss Cheese, it isn’t.

Nature at it's best, wouldn't you agree?