This impossible optical illusion of six women with five pairs of legs has left the netizens in splits!

An impossible optical illusion of six women with five pairs of legs has left the netizens scratching their heads.

Optical Illusion: An optical illusion of six women sitting on a couch has baffled the internet users as they can see only five pairs of legs. But how is this even possible?

READ | Optical Illusion: What colours do you see?

The above image shows five women sitting on the couch while the sixth one is sitting on the arm on the far right. How many pairs of legs can you see? Five, isn't it?

Let us break it down for you. Five women are sitting on the couch, but the third one from the left is missing her legs. The woman in question is leaning, thereby suggesting that the legs to the left belong to her.

READ | Optical Illusion: Check whether you have a more male or female brain 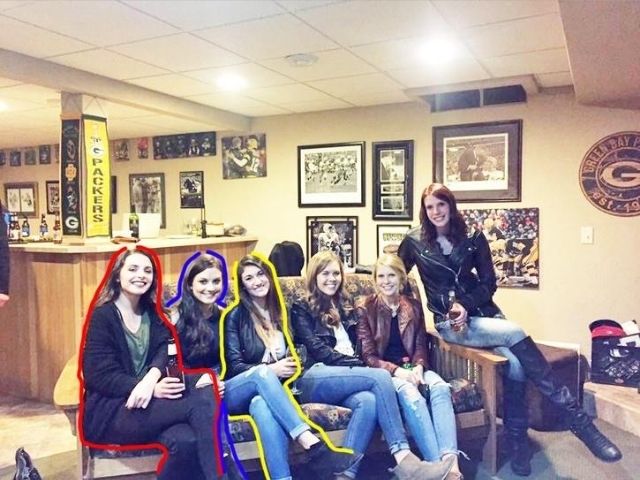 READ | Optical Illusion: How many legs does the elephant have?

After the picture was uploaded, netizens were left stumped as they said that the image 'doesn't add up.

"Number 1 has her legs crossed, no tear in the knee," commented a third user.