Spot The Difference: Can you spot 10 differences in 37 seconds?

Spot the Difference: Two similar images are placed side by side but differ from each other. Spot ten differences within 37 seconds. Test your level of intelligence and observation skills with this challenge now.
Mrigank Chakraborty Updated: Nov 25, 2022 14:18 IST
Spot 10 Differences in 37 Seconds

A team, a group, or an individual can attempt this activity. These types of activities could be the most effective tools for raising people's levels of concentration and sharpening their observational abilities.

What makes this activity all the more interesting is the addition of a time limit. The time limit is a good parameter to judge the capability and observation skills of an individual.

Want to test your observation skills?

Then take this test now. 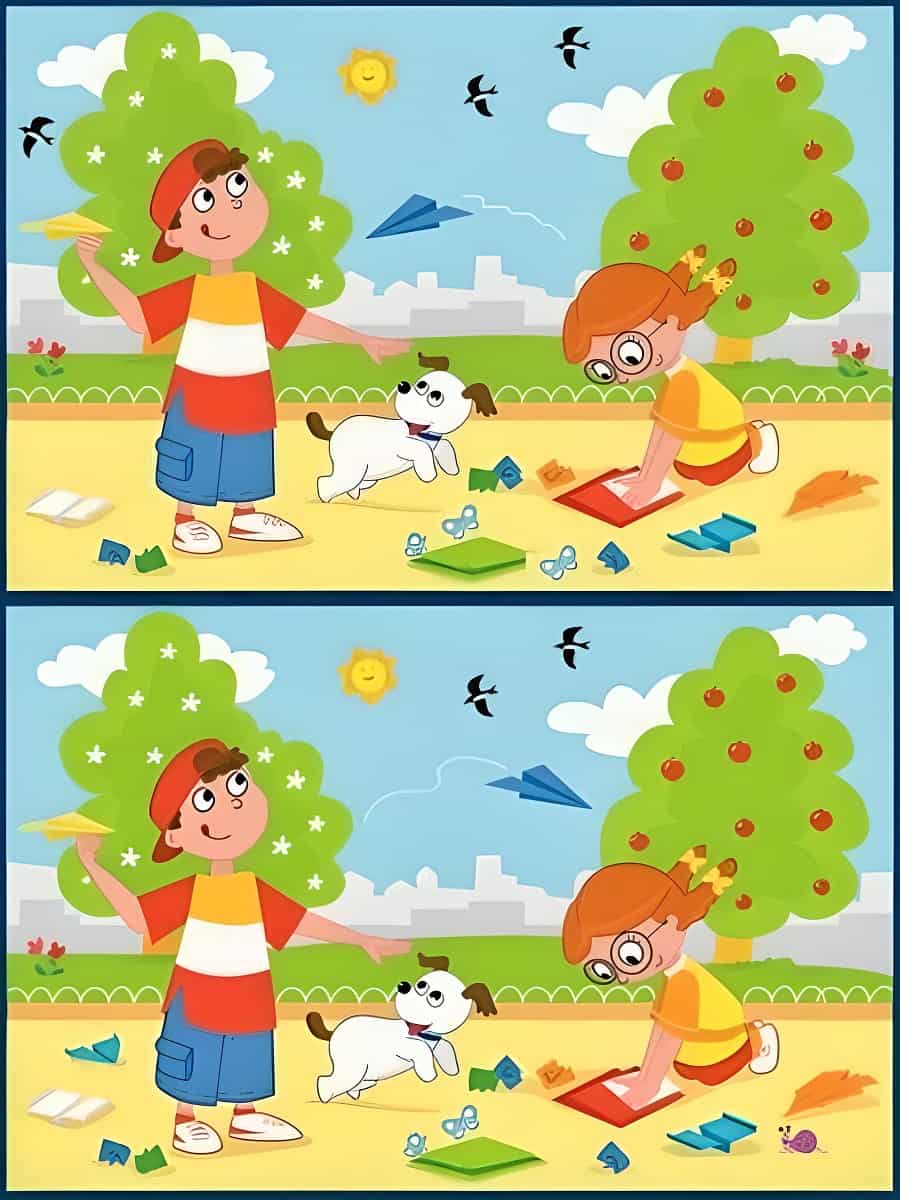 The image shared above shows an outdoor scene in which you can see a girl and a boy playing. The girl is making paper planes and the boy is flying them. You can also see two trees with fruits and flowers.

With greenery in the foreground and the outlines of buildings in the background, this picture makes up an engrossing picture.

Although the two images presented above look similar, there are 10 differences between them, which you need to spot in 37 seconds.

Spot The Difference: Can you spot all 12 differences in 35 seconds?

Have you spotted all the differences?

Time will be running out soon.

While some of the differences are immediately noticeable, others necessitate further investigation.

Those who have spotted at least 7-8 differences have done great, it shows their good observation skills.

Curious to know the differences?

Don’t worry, we will be providing the solution at the end.

It’s time for the reveal.