Telangana Formation Day 2020: All you need to know 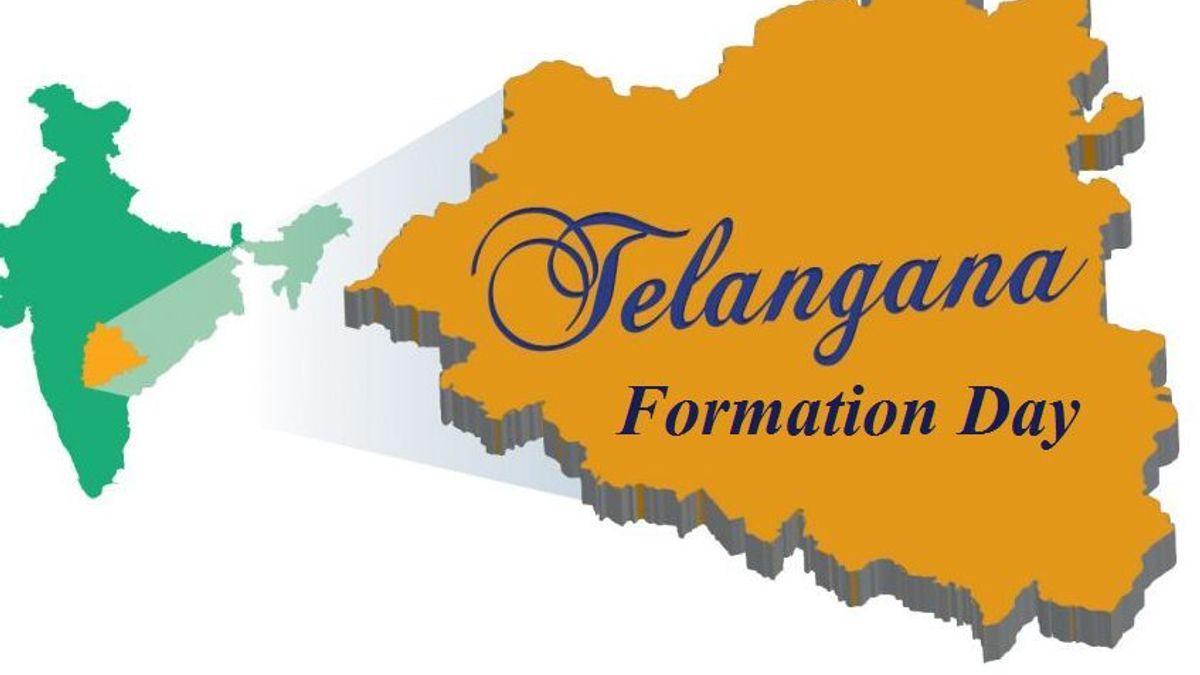 Telangana Formation Day 2020: This year due to COVID-19 pandemic, the celebration will not be as grand as always. Every year Telangana state celebrates the formation day on 2nd June with grandeur and conducts various events, cultural activities etc. The state has a glorious history of at least two thousand five hundred years or more.

The struggle of Telangana to generate a new state began in the early 1950s.

- The Satvahanas (250 BCE – 200 CE), ruled this region which is located between Krishna and Godavari rivers.

- Under the reign of Kakatiyas (950 CE – 1323 CE), the region experienced a Golden Age and established Warangal as their capital.

- Allaudin Khilji's general Malik Kafur attacked Warangal and Prataparudra in 1323, which led to the decline of the Kakatiyas. Till 1687, the region remains under the Delhi Sultanate.

- Nizam-ul-Mulk Asaf Jah (Asif Jahin Nizam dynasty) was established and in 1769, he made Hyderabad his capital of the empire. From 1724-1948 Asaf Jahis. The Emperor Farruksiyar appointed Qamar-ud-din Khan in 1712 as the viceroy of Deccan and gave him the title Nizam-ul-Mulk. The autonomous province of Mughal empire was established when Qamar-du-din Khan defeated Mubariz Khan and reclaimed the Deccan Suba. He took the name Asif Jah and came to be known as Asif Jhahi dynasty. He named the area Hyderabad Deccan. The divisions of Telangana i.e. Medak and Warangal were part of their realm. The Hyderabad city became the formal capital of the Nizams in 1769.

- British with Nizam Asaf Jah IV signed Subsidiary Alliance in 1799 and lost its control over the state's defense and foreign affairs. Hyderabad State became a princely state among the presidencies and provinces of British India.

When and Why the British first landed on Indian Territory?

- Till 1946, the region remained under the British and the Nizam of Hyderabad. This is the year also when the rebellion was quelled by the Nizam's Razakars or mercenaries.

- After India's Independence (1947), Jawaharlal Nehru and Sardar Patel request the last Nizam of Hyderabad, Osman Ali Khan, to join the Indian Union but after repeated requests he refused. On 17 September, 1948, Indian army annexed Hyderabad and the Nizam surrendered to Sardar Patel. Finally, Hyderabad State accedes to the Indian Union.

- To provide the recommendation for the reorganisation of the State boundaries, in December 1953, The States Reorganisation Commission was appointed. Language of both the states are common but the panel was not in favour of an immediate merger of Telangana with Andhra. But due to the intervention of leaders, in November 1956, Telangana and Andhra states were merged.

- The UPA government in 2013 headed by Manmohan Singh clears the formation of Telangana and concluded the process bypassing the statehood bill in both the houses of Parliament in Feb 2014.

- In April 2014, General Elections, Telangana Rashtra Samithi emerged victorious by winning 63 of the 119 seats and formed the government. Sri K Chandrashekar Rao was sworn in as the First Chief Minister of Telangana. The Telangana state was inaugurated formally on 2 June, 2014.

How is Telangana Formation Day celebrated?
This day signifies the sustained Telangana Movement history through the years for a separate state. State every year sponsors several events. Telangana State Awards for exemplary contribution in different fields are presented at different events. At several Hotels, Telangana food festivals are organised etc. But this year due to COVID-19, the celebration will not be as grand as always.

These symbols reflect the culture and tradition of Telangana State and three of them Tangedu flowers, Blue Jay and Jammi Chettu - are associated with the popular festivals of Batukamma and Dasara. While Tangedu flowers are used in the stacking of Batukammas, spotting the Blue Jay on Dasara is considered a good omen and people worship Jammi Chettu on that day.

So, now you may have come to know about the Telanga State formation history, when and how a new state Telangana formed and what are the symbols of Telangana State.