Soil is one of the most important components for the sustainability of an ecosystem. But do you how the soil is formed? Check this article to know the major factors responsible for the formation of the soil. 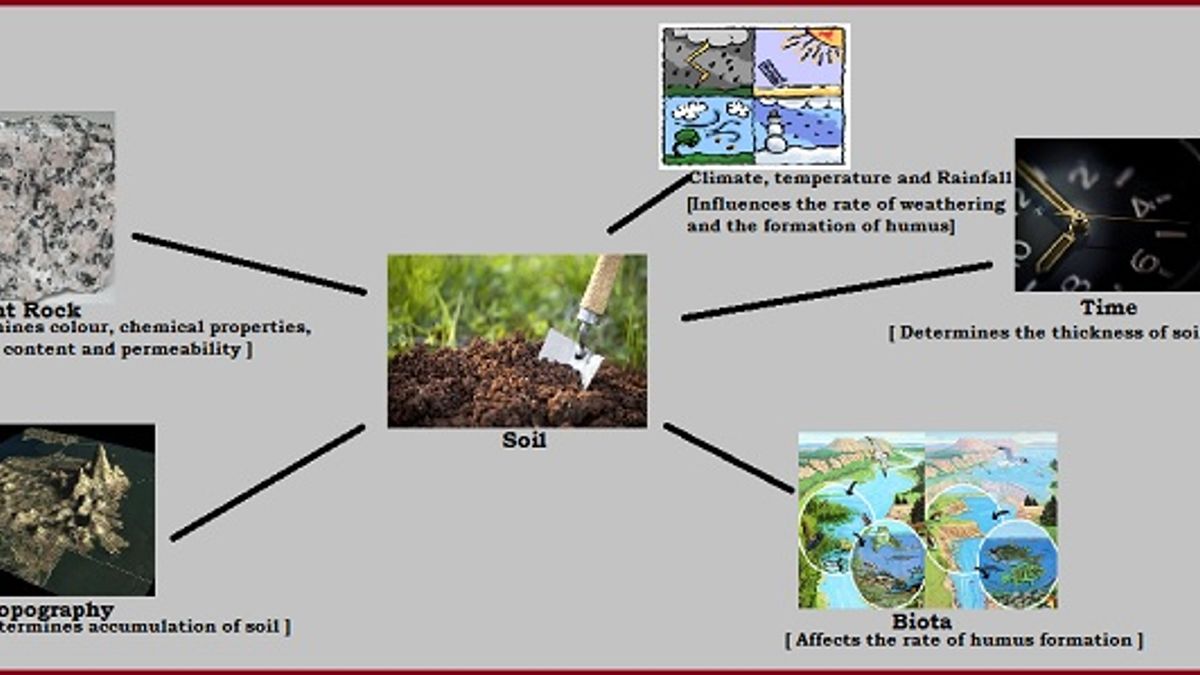 Soil is one of the important components of the sustainability of an ecosystem because it is the vitally important natural medium for the growth of vegetation. It can be defined as, the upper layer of earth in which plants grow, a black or dark brown material typically consisting of a mixture of organic remains, clay, and rock particles.  Here, we are giving a brief note on the major factors which are responsible for the formation of the Soil.

Factors Responsible for the Formation of Soil

The relief features, parent material, climate, vegetation, and other life-forms, as well as time apart from human activities, are the major factors responsible for the formation of soil.

1. Parent Material: It is deposited by streams or derived from in-situ weathering. In this stage, soil inherits many properties like mineral composition, color, particle size, and chemical elements. For example- Black soil-derives its colour from lava rock

2. Climate: It is one of the important factors in the formation of soil because it affects the rate of weathering of the parent rock.

3. Role of Precipitation: The variability in the precipitation modifies the composition of the soil. For Example- Areas with little rainfall and a high rate of evaporation led to the accumulation of salts in the soil. The soils underlying tropical rain forests tend to be nutrient-poor because of intensive leaching due to heavy rains.

4. Role of temperature: It also plays an important role because fluctuations in temperature causes shrinking and swelling, frost action, and general weathering in soil.

3. Biota (Flora, Fauna, and Microorganisms): Biota, in conjunction with climate, modifies parent material to produce soil. For Example- Leguminous plants (such as beans, peas, and groundnuts) have nitrogen-fixing bacteria. These plants take the nitrate ions directly from these nitrogen-fixing bacteria. It improves the fertility of the soil by fixing atmospheric nitrogen to ammonia or ammonium.

5. Topography (Relief, Altitude, and Slope): It is considered a passive factor in modifying the effects of climate because it affects soil processes, soil distribution, and the type of vegetation.

6. Time: The formation of the soil is not one day process but requires many years to form. Younger soils have some characteristics from their parent material, but as they age, the addition of organic matter, exposure to moisture, and other environmental factors may change its features.

It is noteworthy that the above factors are separated but interdependent because the soil profile of any region around the world is dependent on climate, parent material, topography, time.