As we know that on 23rd May Lok Sabha elections 2019 are to be declared. Everyone eyes are on the 23rd May election results, and before the election results exit polls predict the fate of the candidate that took part in the elections. Let us see the meaning of exit poll, its significance and some of the provisions governing them. 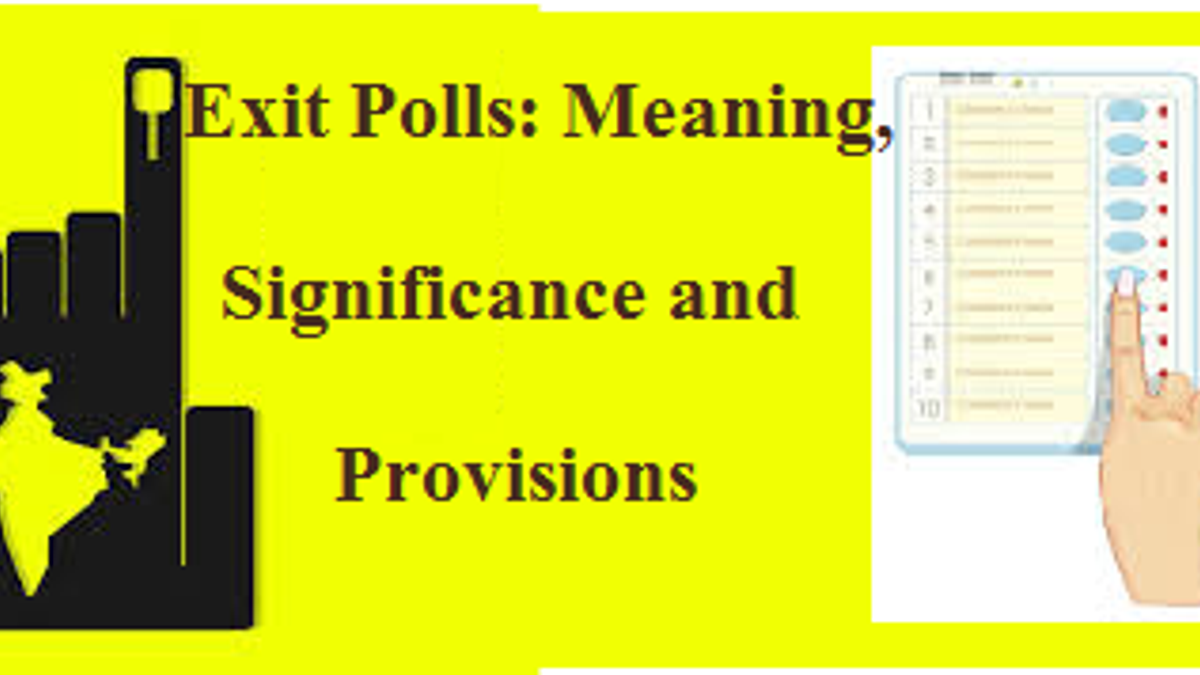 Exit polls give the broad idea and trend with a sense of direction where the frame of mind of the nation is heading. Isn't it!

What is the meaning of exit poll?

Exit poll is a survey of voters taken soon after a voter cast his or her vote. It is conducted by several organisations which use different methods for the purpose. Basically, it is considered as an indicator to which party forms the government.

How are exit polls conducted and regulated?

Organisations that conduct an exit poll follow a range of different methods. One of the most common methods is sampling. Some organisations may opt for random or systematic sampling. Let us tell you that the random sampling at times can be of an entire electorate and not just the voters outside a booth which covers parameters like age, sex, caste, region etc.

Do you know why exit polls are banned by Election Commission? In the Representation of the People Act, an amendment is forced to provide a ban on print and electronic media for both exit and opinion polls during a period specified by the Election Commission. In 2004, the poll watchdog had approached the Law Ministry along with the endorsement of six national parties and 18 state parties. Some of the recommendations were accepted. In February 2010, restrictions were imposed on exit polls through the introduction of Section 126 (A) in the Act. Therefore, the Election Commission advises print and electronic media not to publish or publicise any article or programme related to the dissemination of results of exit polls during the prohibited period.

Benefits given to National Parties by Election Commission of India

Section 126A of the Representation of the People's Act, 1951 states that "No person shall conduct any exit poll and publish or publicise by means of the print or electronic media or disseminate in any other manner, whatsoever, the result of an exit poll during such period as may be notified by the Election Commission in this regard."
Any person who contravenes the provisions of this section shall be punishable with imprisonment for a term which may extend to two years or with fine or with both.

It is also stated that news broadcasters must not air any final, formal and definite results until the results are formally announced by the Election Commission of India.
The view of ECI is that prediction of results of elections in any form or manner by way of predictions etc by astrologers, political analysts or by any persons during the prohibited period is violation of the spirit of Section 126A (of the RP Act).

TV, radio channels, cable networks, social media platform should ensure that the contents of programmes or broadcast displayed by them during the 48-hour period before the end polls in each phase shall not contain any material, including views or appeals by participants that may be construed as promoting or prejudicing the prospect" of any particular party or candidate, the EC advisory had maintained.

So we can say that it aims to prevent the electors of constituencies that are still going to poll from being influenced in their voting by such predictions about the prospects of the various political parties.

Why exit and opinion polls are opposed by the Election Commission during a multi-phase election?
If the organisations conducting them are perceived to be biased then both kinds of polls can be controversial. In fact critics says that these type of surveys can be influenced by the choice, wording and by the nature of the sample drawn. According to the political parties opinion and exit polls are sponsored by their rivals and can cause a negative or distorting effect on the choices of voters that have participated in the election rather than simply reflecting public sentiments or views.

Are Exit polls reliable?
No doubt exit polls give us an idea about the trend and also a sense of direction about the mood of the nation where it is directing. But it should be taken in to consideration that there are several instances when exit polls predictions are turned out to be wrong. So, in India exit polls are tricky.

Why mostly exit polls are criticised?
According to the critics and political parties, organisations that conduct exit polls can be biased in terms of choice, words, timings of the questions, methodology that they use and kind of sample they draw. Even the sample group's demographic behaviour, its economic status and various other factors used in providing the survey can also be questioned. Even it is said that political parties for the exit polls can also be funded by their rivals and may not represent the sentiments or views of the people accurately.

What are the Benefits of Electronic Voting Machines in Elections?