UP Board 10th Topper 2020 Interview: Meet High School Topper Riya Jain from Baraut who aspires to become a Teacher in future 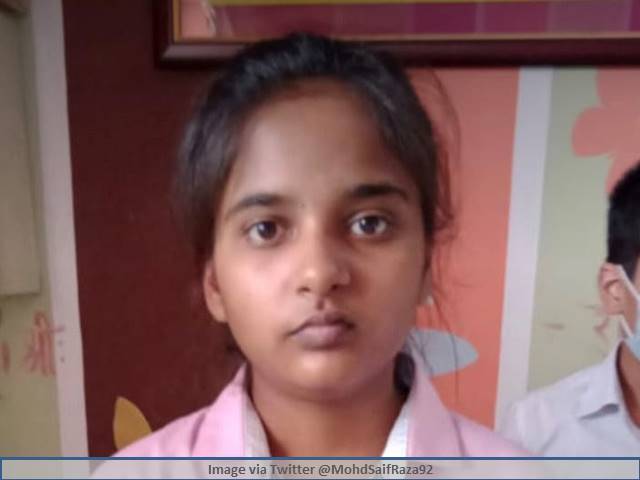 UP Board 10th Topper 2020 Interview: Meet High School Topper Riya Jain from Baraut who secured 1st Rank in UPMSP Results Declared Today. Riya who hails from Baraut has attributed her success to teachers of Shri Ram S M Inter College Baraut and her Parents. Riya secured the top honour in UP Board 10th Result 2020 announced today by securing at total of 580 marks i.e. 96.7% marks. Subject-wise she has secured top score in Science i.e. 99 marks, followed by Mathematics – 98 marks. After being declared as the UP Board 10th Class Topper 2020, she interacted with media persons and shared her secret for success in high school exams along with her plans for future.

In a video interview with media persons, Riya attributed her secret to success as the pre-board exams and the strict scrutiny that students are subjected to during them. She said that at school level, pre-board exams or tests are held to assess the preparedness of the students for the High School Exams. She said that she underwent multiple tests from September to January at school level which helped per top the Class 10 Board Exams of UP Board.

In the interview, Riya has also talked about the support structure that helped her achieve success in UP Board 10th Exam 2020 and secure the 1st Rank by beating over 30 lakh other students from the state. She attributed her success to her teachers from Shri Ram S M Inter College Baraut,  who helped her in developing conceptual understanding and also streamlined her preparations in line with the examinations. Apart from teachers, she also said that her parents were her biggest support, as they ensure that she always had enough time and resources to study and prepare for the exams.

Aspires to be a Teacher in Future

Inspired by the teachers who helped her script success in the High School Boad Exams, Riya aspires to become a teacher herself in the future. After Class 10 Results, she plans to join the science stream for her intermediate education. She has scored maximum marks in Science subject – 99 marks, and Mahematics – 98 marks, but she aspires to become a teacher in English Language in future, as per her interview given to media persons.