Case Study: 10 reasons why Google is shutting down Orkut

Google will be shutting down Orkut after September 30, 2014. What are the reasons for its demise? Read and find out. 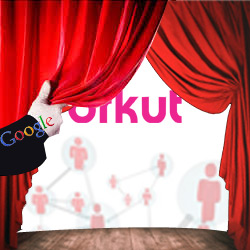 Ten years back Google launched a social networking website called www.orkut.com. It was launched with the aim of providing a platform to meet old friends and make new ones. The website was named after the creator of the platform and a google employee Orkut Büyükkökten. It was one of the most popular social networking websites when it was launched. Now that it is going to be a history from 30 September 2014, we are taking you through the probable reasons of its lost popularity.

There are plenty of social networking websites, but the popular ones which are similar to Orkut in their services are Facebook, My Space and Ning. Facebook turned out to be the most popular of all and saw the kind of growth which no other site has seen. Both Facebook and orkut were launched in the same year viz. 2004. Facebook has grown a lot since then. Let us understand what does Facebook offers.

User begins with creating their own profile, mentioning the basic personal details like Name, Location, Age, Profile picture etc. User can customize their profiles and choose what to show and what not. The basic features provided in Facebook are:

These are the major features which Facebook provides, other than these Facebook brings in many features on a regular basis. Recently they launched a one minute movie which was very popular. They also use their site for advertisements which brings in revenue for them. They have over one billion users now and increasing every day. Facebook also came up with its IPO.

Let us try to understand the weakness of Orkut which launched in the same year but is going to be shut now.

Orkut saw a decline in its number of users on a continuous basis. There are many reasons for it. In India specifically, people shifted from Orkut to Facebook. Here we are mentioning the reasons for Facebook`s success which in a way are the reasons for Orkut`s failure.

Orkut is most popular in Brazil and it is going to be shut in September 2014. It could have been as big as Facebook or more, if the growth and changes made in the platform would have been synced with the present time.