Get the CBSE Class 9 Science, Improvement in Food Resources: Chapter Notes (Part-II). Here, you will learn about types of cropping and its management and introduction to animal husbandry. These chapter will help you prepare quickly and effectively for CBSE Class 9 annual exams 2017-2018 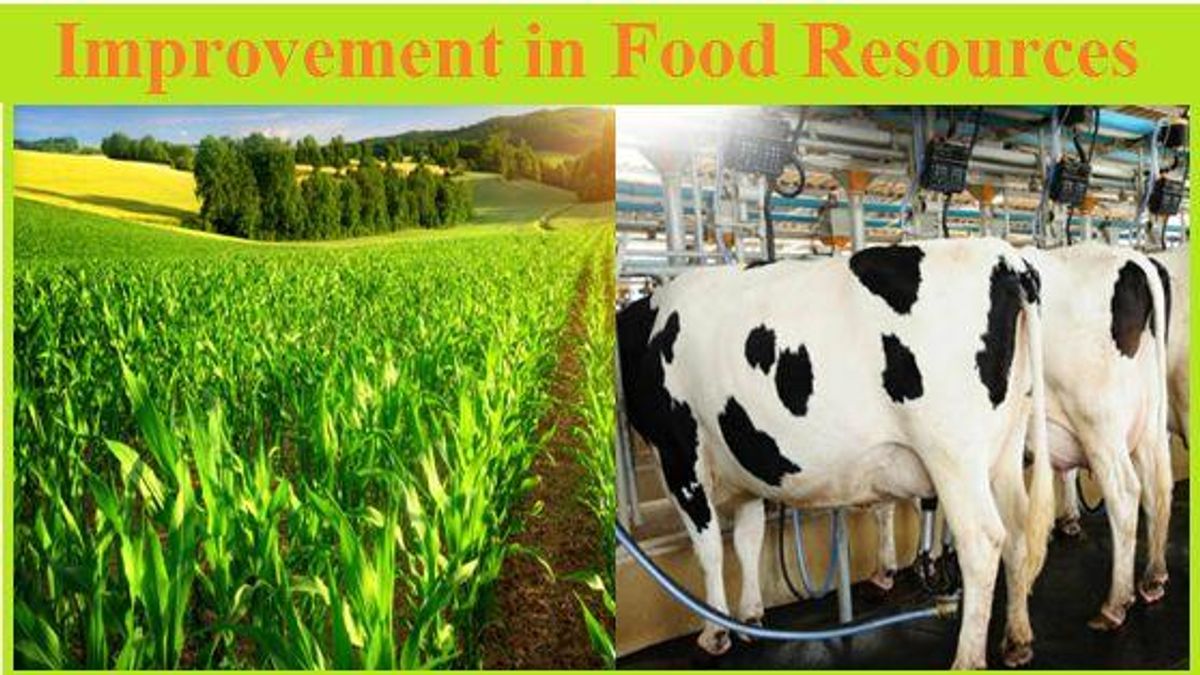 This article brings you the CBSE Class 9 Science notes on chapter 15 ‘Improvement in Food Resources’ (Part-II) . This part is in continuation with Part I notes where we discussed about the food, its sources, different crop seasons, manure, fertilizers, irrigation and other related facts. Here, you will learn the next remaining topics.

Key notes for Chapter- Improvement in Food Resources, are:

1. Mixed Cropping: It is the practice of cultivating two or more crops simultaneously on the same piece of land.

Most common examples of crops grown together are:

2. Inter cropping: It is the practice of cultivating two or more crops in the same space at the same time in a definite pattern like few rows of one followed by few rows of other.

Criteria of Selection of crops for Mixed cropping and Intercropping:

Two or more crops chosen for mixed cropping as well as intercropping should be such that they have different nutrient requirements so that maximum utilisation of the soil nutrients takes place. Also, their water needs, rooting patterns, etc., must be different.

When the crop is in the field, it needs protection against weeds, insect pests and other diseases.

How weeds are harmful to main crop?

Weeds can be controlled by following ways:

They affect overall health of the crop and reduce yield.

They attack the plants in following three ways:

Storage of Grains
In order to make the seasonal foods available throughout the year, they are stored in safe storage.

During storage, they may get destroyed and wasted by following factors:

Preventive measures to be used while storage of food grains are given below:

Fumigants may be solid, liquid or gaseous.

Animal Husbandry
Animal husbandry is the scientific management of domestic animals in an efficient manner to obtain food and other useful products from them.

Cattle farming: It is the raising of cattle for yield of milk by females and draught labour for agriculture work.
Milch Animals: These includes milk producing animals(female cattle).
Draught Animals: These are the animals which do not produce milk and are used for agricultural work.
Lactation Period: Female cattle give milk after birth of calf (baby). The time duration for which she gives milk is called lactation period.

2. Exotic breeds: They are the foreign breeds. For example: Jersey and Brown Swiss (Disease resistant species).

3. Hybrid breeds: They are the offsprings of cross between indigenous and exotic breeds to get desirable character.

Some successful cross-breeds are:

Q3. How do biotic and abiotic factors affect crop production?

Q4. Write two examples of pesticides and fumigants each.