CBSE UGC NET 2017 Update, Digi-Scoring to be implemented for the first time

In a first move towards a new digital way of evaluating OMR sheets, CBSE will implement digi-scoring for UGC NET exam. The examination is scheduled to be held on 22 January 2017. 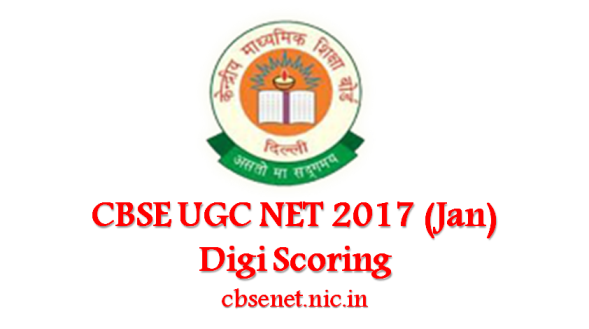 In a first move towards a new digital way of evaluating OMR sheets, CBSE will implement digi-scoring for UGC NET exam. The examination is scheduled to be held on 22 January 2017.

Central Board of Secondary Education will conduct UGC NET examination on the fourth week of January and an important official notification has been released regarding the introduction of Digital Scoring of OMR sheets for the above mentioned examination.

The introduction of digi scoring was done much before during the recruitment examination of Navodaya Vidyalaya Sangathan for the post of Principals and Assistant Commissioners. The examination was held on 04 December 2016 and implementation of digital scoring was a huge success.

The second phase of implementation was done during the KV recruitment test for Principals. The examination was held on 17 December. Digi scoring was again used for KVS teacher recruitment test on 07-08 January in Delhi and 108 other exam centres.

As per the official statement release, “Digi Scoring involves scanning of the OMR sheets and storing images instantly on the central server. This secures the data of each examinee in a temper proof format without losing precious time. Use of this technology by the board has visible benefits in terms of accuracy, transparency, cost efficiency and time saving.”

Taking the successful implementation of digi scoring in all the examinations mentioned above, CBSE has decided to introduce the same in the UGC NET exam which is scheduled to be held on 22 January. In the initial phase, the Board will start the process for a few hundred exam centres and stretch it for other centres subsequently.