The Orissa Council of Higher Secondary Education (CHSE) will declare the Plus Two results on 30 May 2014. CHSE Result 2014 can be checked online on www.orissaresults.nic.in 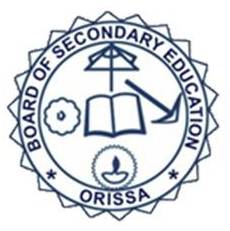 The Orissa Council of Higher Secondary Education (CHSE) will declare the Plus Two results on 31 May 2014. CHSE Result 2014 can be checked online on www.orissaresults.nic.in

Orissa Plus two result will be live shortly On http://odisha12.jagranjosh.com/

Last year also the CHSE Orissa results for Plus 2 (Class 12th) Exam were declared around this time. About 20 lakh answer-sheets are being evaluated by more than 10,000 evaluators. Once the CHSE Orissa results 2014 (Orissa Plus 2 Result 2014 / Orissa Class 12th Result 2014) are announced, Students who are eagerly waiting for the results can check their marks on official Orissa Results (www.orissaresults.nic.in)

Till the time CHSE Orissa Plus 2 (Class 12th) Results 2014 not announced, students can logon to odisha12.jagranjosh.com and can register their details over there to get the Orissa Plus 2 Results 2014 alerts on their mobile and email.

The CHSE Odisha results 2014 of the annual +2 Arts, Science and Commerce results (www.orissaresults.nic.in) would be declared simultaneously at 10 am on Saturday. The statistics state that a total of 3.25 Lacs students appeared for the Orissa Higher Secondary Education Exam 2014 (Odisha Plus 2 Exam 2014) that were conducted across 1078 centers. The figure includes students from all the streams: Arts, Science as well as Commerce.