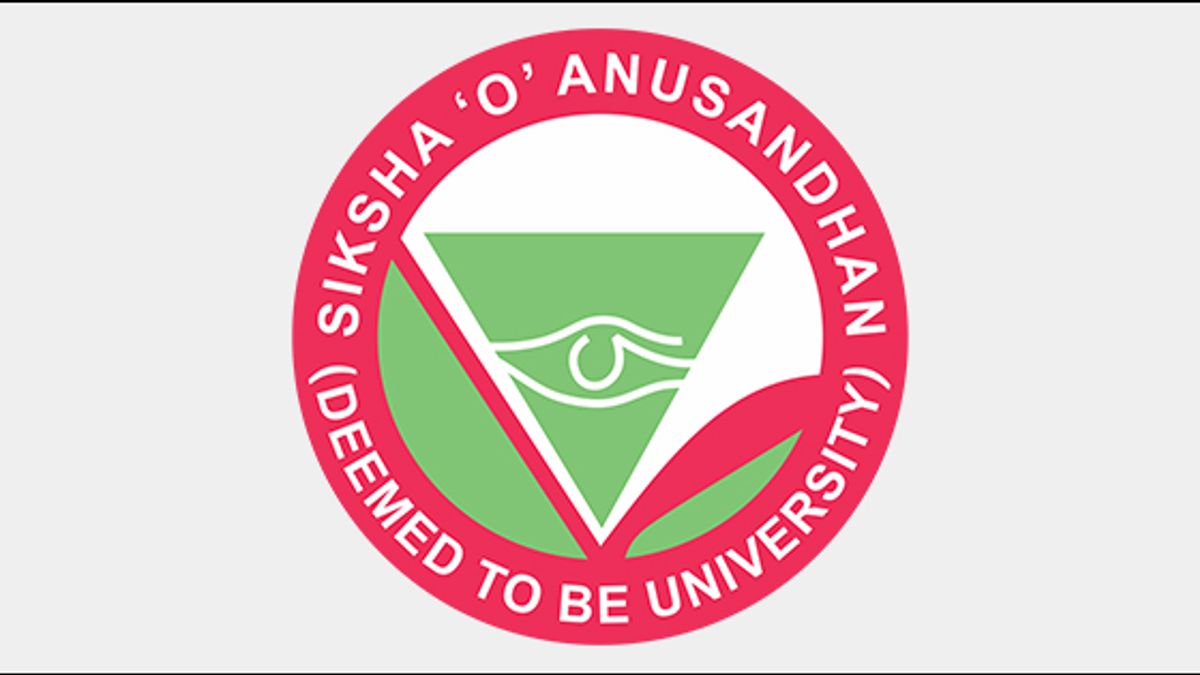 When most institutions and organisations remained closed in the face of the raging pandemic which has claimed nearly two lakh lives worldwide, SOA ranked 24th in the country among universities by the National Institutional Ranking Framework (NIR), has chosen to plunge headlong into the battle.

The Institute of Medical Sciences and SUM Hospital, SOA’s faculty of medicine, has joined hands with the Odisha government to set up three stand-alone COVID-19 Hospitals in the state to exclusively treat patients afflicted by the deadly coronavirus.

The pandemic, which raised its ugly head in India on January 30 with the first positive case surfacing in Kerala, has already taken most states in its deadly swirl with more than 27,000 positive cases identified in the country and over 850 deaths so far. With hundreds of positive cases surfacing, the country has been going through the rather strange experience of lockdowns and restrictions imposed by the authorities in a frantic effort to keep the infection at bay. The coronavirus is an unknown quantity and a new threat which doctors, nurses and other medical staff have been trying valiantly to cope with. 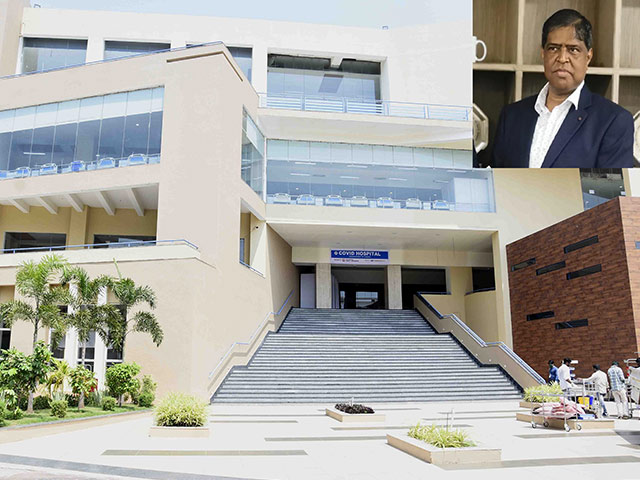 The Odisha government, sensing the danger rather early, had moved fast in putting the barriers in place to stop COVID-19 in its tracks. But nearly 100 positive cases had been detected in the state with one patient succumbing to the virus. The state was the first in the country to decide to go for exclusive COVID-19 Hospitals to ensure that those infected with the infection were not required to be put in the general mix of patients requiring hospital care.

SOA was among the first institutions to offer its services and signed a tripartite agreement with the state government and the public sector Mahanadi Coalfields Limited (MCL) to establish the largest COVID-19 Hospital in the state in Bhubaneswar. The 525-bed hospital, the first of the three to come up, was inaugurated on April 6 in a classy four-storied complex of the university little away from the IMS and SUM Hospital with a separate entrance. The hospital has 500 general beds besides a 25-bed fully equipped ICU.

Odisha chief minister Mr. Naveen Patnaik, who attended the inaugural function through a video conference, appreciated SOA’s decision to take the responsibility to run the hospital and its ability to set up the facility in record time. Union minister for Petroleum, Natural Gas and Steel, Mr. Dharmendra Pradhan and Union minister for Coal, Mines and Parliamentary Affairs, Mr. Prahlad Joshi were also present along with senior state government officials.

While the hospital has been established with MCL support, IMS and SUM Hospital would be responsible for patient and critical care and extend the required infrastructure including laboratory and radiological support. Doctors, nurses and paramedics from IMS and SUM Hospital have been manning the hospital. The state government has said that all patients would receive free treatment in the exclusive COVID-19 Hospitals. 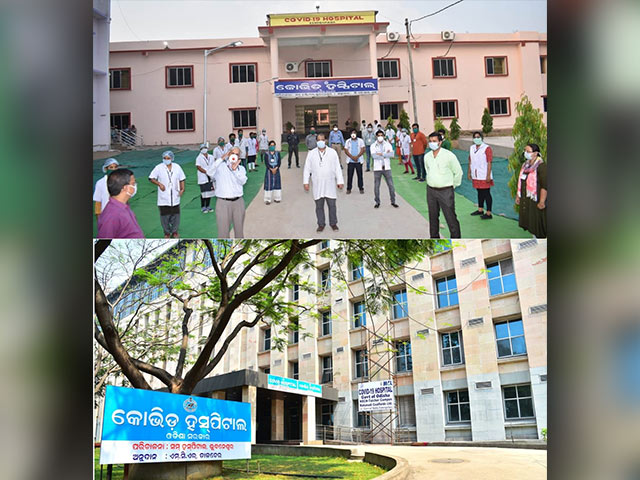 The second hospital, having 100 beds besides an ICU with 10 beds, was inaugurated near Kendrapara town in coastal Odisha on April 14 which was being funded by the state government. IMS and SUM Hospital would run the hospital with its own doctors, nurses and paramedics. A MoU between the Kendrapara district administration and IMS and SUM Hospital had been signed ahead of the inaugural function.

The third hospital was inaugurated on April 20 at the industrial town of Talcher known for its coal mines run under the MCL administration. The 156-bed hospital inclusive of a six-bed ICU has been set up at the MCL Hospital premises. It was also being supported by the MCL.

As per the arrangement, MCL would be reimbursing the recurring expenditure in the hospitals at Bhubaneswar and Talcher. SOA had already invested around Rs. 17 crore towards the establishment of the three hospitals.

“I wish no one comes to this hospital, but if anyone does come to be treated he should recover and return home healthy,” Mr. Dharmendra Pradhan said while speaking at the inaugural function. He also thanked SOA’s Founder President Prof. Manojranjan Nayak for his initiative and support which led to the setting up of the COVID-19 Hospitals. 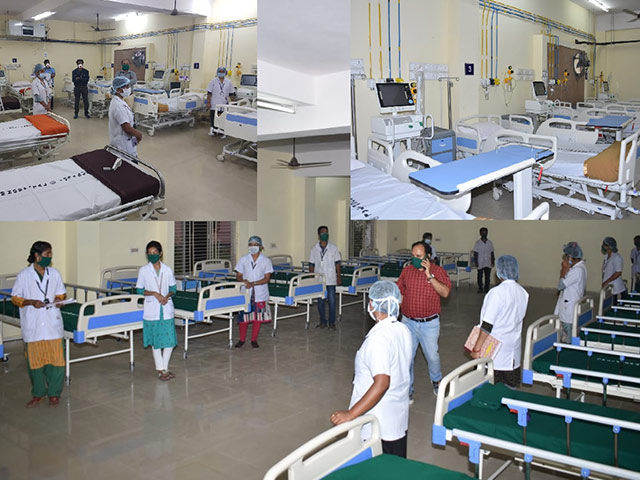 SOA Vice-Chancellor and eminent neuro surgeon Prof. Ashok Kumar Mahapatra thanked both the central and state government for providing the university the opportunity to join the battle against the pandemic. “Our dedicated team of doctors, staff nurses, technicians and other support staff will work round-the-clock to fight this battle,” he said.

IMS and SUM Hospital was also simultaneously training the medical personnel to be deployed in the three specialized hospitals who included doctors, nurses, technicians and other para-medical staff.

The university had taken steps to insure each doctor deployed in the Covid-19 Hospitals for Rs. 1 crore while taking steps to ensure the safety of the medical personnel. They were being provided free food. In a humanitarian gesture at a critical time when scores of people had been thrown out of work, SOA has been providing food, face masks and sanitisers for about 20,000 people daily in the capital city.

IMS and SUM Hospital, a 1000-bed multi-speciality teaching hospital, incidentally is one of the most sought after healthcare centres in the eastern region. It is the first hospital in the state which had successfully conducted live-donor liver transplant and Bone Marrow Transplantation (BMT). The IMS is ranked the 21st best medical college in the country by NIRF.

The war against COVID-19 appears a long-drawn affair with the world desperately trying to stamp out the virus, but SOA is willing to keep vigil and fight the invisible enemy till the battle is won.

Siksha ‘O’ Anusandhan Deemed to be University here retained the 24th position it had obtained in 2018 to occupy the top spot in the university category by the Ministry of HRD, India. In the rankings conducted through the National Institutional Ranking Framework (NIRF-2019), SOA was placed 41st among overall institutions of higher education in the country.

With this, SOA, which was conferred with the status of a Deemed to be University by the UGC in 2007, has remained the top institution in the university category in Odisha for the fourth consecutive year.

The Institute of Medical Sciences and SUM Hospital, faculty of medical sciences of SOA, was ranked 21st in the country to be the top ranked medical college in the state. SOA’s faculty of engineering and technology, Institute of Technical Education and Research (ITER), which entered the ranking process for the first time this year was ranked 32nd in the country.

SOA is proud to be associated with 9 degree granting institutes, which has a whopping strength of 10,000 students. The institute leaves no stone unturned in providing quality education in the field of medicine, engineering & technology, dental sciences, management sciences, pharmaceutical sciences, law, nursing, hospitality, tourism management and agriculture.