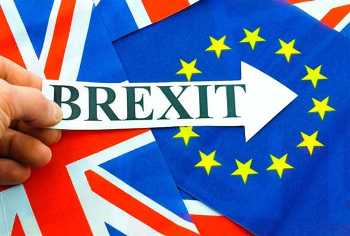 How does the Britain Exit from EU will impact the Indian Outlook towards EU?

Will Brexit start the disintegration of EU? Discuss.

The Multination Economic Entities does not sustain in the long run. Exemplify

The exit of Britain from European Union has been coined as Brexit. British people in a referendum voted for the exit in a majority. It will take UK two years to formally exit from European Union as per the article 50 of the Lisbon Treaty. Brexit may have long lasting impact on the trade, economy, immigration, labor migration, citizens, visa, currency and so on.This is the first time a country will be leaving the European Union since its formation.

In 2015, the UK’s full membership fee was £17.8 billion. However, Britain doesn’t pay that full fee. Because of a deal negotiated by Margaret Thatcher in 1984, Britain gets a “rebate”, an annual reduction in contributions. Last year, that rebate reduced the Britain's contribution to €15.3 billion to EU, which is only 12.57 % of total EU budget and third after Germany and France. This money is used for EU budget of €143 billion for policies carried out at European level (such as agriculture, assistance to poorer regions, trans-European networks, research, some overseas development aid) and for its administration, including a parliament, executive branch, and judiciary that are distinct from those of the member states.

Although, there are innumerable reasons for the Britain to exit the EU and it is their amalgamation which prompted UK voters to vote for the exit in referendum. However, the prominent  reasons have been explained  subsequent paragraphs.

Maastrcit Treaty was signed in 1992 and since then there has been a demand to relook the EU tie up in UK to take into account how things have has changed, with Eurosceptics claiming that membership now represents an unacceptable transfer of powers from our Parliament to Brussels (EU headquarter).

It has been argued that EU is a dysfunctional economic entity. The EU failed to address the economic problems that had been developing since 2008 amidst sovereign crisis and massive unemployment. The difference between the lives of southern Europeans and Germans—who enjoy 4.2% unemployment—is profound. Europe as a whole has stagnated economically. Hence, an exit from EU would make UK more prosperous and stabilized. Again, the contribution UK makes towards the budget of EU can be used and consumed in UK only.

Probably the greatest benefit of Britain being outside the EU would be the freedom to rescind EU laws and regulations. After the world war, many multilateral institutions and organisations like NATO, World Bank, IMF, G20 etc have created mistrust, which has persistently given voice to nationalism. Many who oppose the EU believe these institutions no longer serve a purpose. Not only that, these organizations take control away from individual nations. Mistrust and fear of losing control made Brexit a reasonable solution to them.

The immigration crisis in Europe is another very big reason, and in fact acted as a trigger to initiate the referendum.  EU has supported the issue on that aiding the refugees was a moral obligation for civilized world. But supporters of Brexit see immigration as a national issue, as it affects the internal life of the country. Immigration issue, in fact was the most vocal factor in garnering the majority support for Brexit. However, some surveys have also have revealed that the voters in the regions affected by cheap Chinese product s in last three decades have been more vocal in the support of Brexit, rather than the regions affected by immigration.

So the most likely explanation of Brexit appears to be related to economics and dynamism of the modern world, i.e. economic globalization, not immigration. Displaced British manufacturing correlates far more strongly with a pro-Brexit vote than immigration does, no matter what voters say after the fact. They might not realize it, but voters may actually want to leave the World Trade Organization or the global economy more than they want to leave the E.U.

The overall macroeconomic impact of Brexit is hard to quantify in the absence of several unknowns and macro models. The majority of published studies find the impact on the UK would be negative and significant. The impact on the rest of the EU would be smaller, although no comprehensive macroeconomic estimate has been published.

The impact on major financial future would depend on the new relationship between the UK and the EU. The kind of FTA or a treaty like CEPA/CECA would further brig clarity in this long road of uncertainity. However, it is almost certain that the impact of Brexit through the trade and investment channels would be most severe in the UK. Regulatory divergence would increase over time, affecting trade volumes and reducing the attractiveness of the UK for investment.

Financial services have more to lose immediately after a European Union exit than most other sectors of the economy. The United Kingdom would lose influence over the single market’s rules. A European Union exit would enable the United Kingdom to broker trade deals with emerging markets that could pay dividends for the financial services sector in the long run.

The impact of Brexit on other countries can not be homogenous. The countries, which are believed to be most exposed to Brexit are the Netherlands, Ireland and Cyprus. Each has very strong trade, investment and financial links with the UK and in the cases of the Netherlands and Ireland are closely aligned in policy terms. Among the larger member states Germany would be affected through several channels. UK is one of the very important export destination of Germany, hence by Brexit, Germany's export will hinge around the trade ploicies agreed by EU and UK. For global economy, it would have negative impact in the short run, however, bigger and emerging economies are set to play further prominent roles at the world platform. The strength of EU as well as UK would get diminished due to petering out its unity.

The impact of Brexit on India can not be ascertained as if now with certainties. However, a close prediction and likely impact have been presented by various analytical pundits. Trade, investment, Commonwealth, currency etc. are some of the areas, Brexit may impact India.

India acts as the second biggest source of FDI (Foreign Direct Investment) for UK. Moreover, UK has also acted as the gateway to rest of the Europe.  Indian companies that would set up their factories in the UK could sell their products to the rest of Europe under the European free market system. However, if Britain exits the EU, it will not be as attractive a destination for Indian FDI as before.

UK has not only been India's gateway to EU, but has had very cordial relation, enabling India to negotiate terms with EU. However, if Britain exits the EU, India will not only lose its gateway to Europe, but this might also force India to forge ties with another country within the EU, which would be a good result in the long run.

In the absence of EU, UK would look to Commonwealth to provide it with necessary replacement in terms of forward as well as backward linkages. Britain in order to need a steady inflow of talented labor will naturally move towards India to fit the bill perfectly due to its English-speaking population. With migration from mainland Europe drying up, Britain would be able to accommodate migration from other countries, which will suit India's interests. Infact, in the absence of EU's immigration policies, high skilled Indians can have major advantages compared to people from rest of the world.

The massive selloff of the British pound that followed Brexit resulted in the sharp decline of the currency relative to the Indian rupee. The plunge can be continued before the pound stabilizes, making it considerably less expensive for Indians to travel and study in the UK. The falling currency also presents cheaper real estate options for Indian citizens and companies seeking property in the UK’s notoriously expensive property market.
EU have had very keen interest in the trade relation with India to counter the supergiants like US and China. Brexit will only expedite this process and hence an FTA can be implemented in immediate future.

The financial and political uncertainty enveloping the EU and UK makes the stock markets of emerging economies a preferable platform. Indian stock market fits the condition acting as attractive destination for foreign investment.