Letter writing is an essential part of the Descriptive test in SBI PO Mains examination 2017.Here, expert team of jagran josh put together important letter writing topics for the exam. 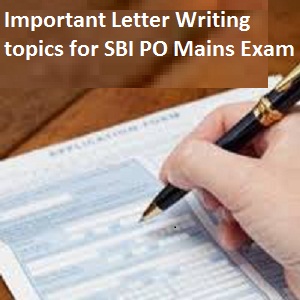 The banking team of jagran josh is presenting a list of important letter writing topics for SBI PO Mains exam 2017. The Descriptive Test with 50 marks will be a Test of English Language (Letter Writing & Essay). The candidates are required to qualify in the Descriptive Test by securing passing marks, to be decided by the Bank.