To crack the KVS PGT/TGT/PRT 2018 Exam, candidates must practice the most frequently appearing questions of different sections of the exam. It will help them in improving their speed of attempting maximum questions in minimum time with accuracy.

For your ease we have covered the following seven major categories of Current Affairs in this Quiz:

You can attempt top 50 General Knowledge Questions here and can understand the questions in detail with the help of explanations given alongwith the answers in the below Quiz: 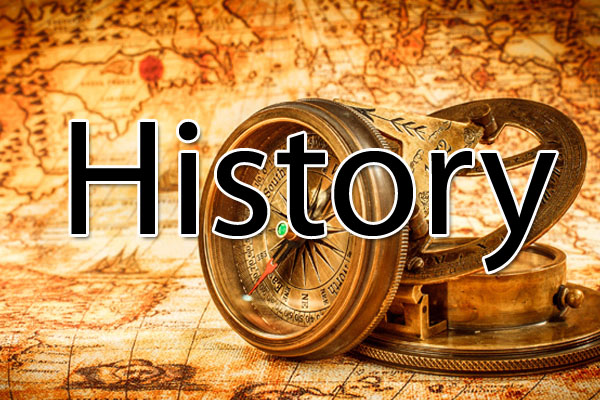 1. In which year, the Danish East India company was formed?

Explanation: In 1616 AD, the Danish East India company was formed and they established their settlements at Tranquebar in Tamilnadu (1620) and Serampur in Bengal (1676). Though, they failed to strengthen themselves in India and finally in the beginning of 19th century, they sold all their settlements to the British and went back to their country.

2. Who founded the Ramakrishna Mission in 1896 to carry on humanitarian relief and social work?

3. Under which among the following acts, Civil Services started in India?

4. Who among the following is called the father of Nationalism in India?

5. which among the following Viceroy’s tenure, Simon Commission was appointed?

Explanation: The correct answer is option b) - Lord Irwin 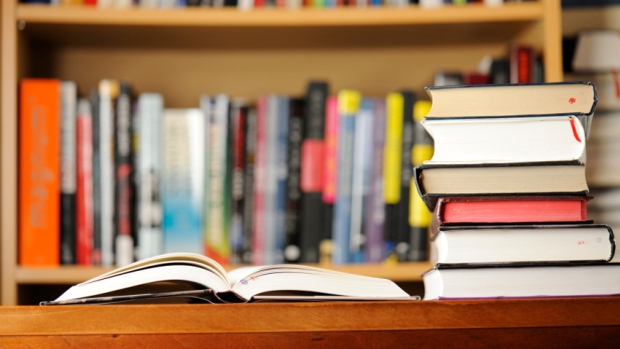 6. Who was the author of the Book 'Planned Economy of India'?

Explanation: Mokshagundam Visvesvaraya, was Diwan of Mysore from 1912 to 1918. He received India's highest honour, the Bharat Ratna, in 1955.He wrote a book "Planned Economy for India" in 1934.

Explanation: The correct answer is option a) - Charles Dickens

9. Which book is not written by Rabindranath Tagore?

10. Which of the following book is written by India’s first prime minister?

Explanation: The correct answer is option a) - Discovery of India 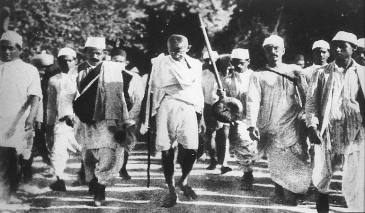 11. August 9, 2018 was observed as the 76th anniversary of which Indian freedom movement?

Explanation: The 76th anniversary of Quit India movement was observed across India on August 8, 2018. On this day in 1942, father of the nation Mahatma Gandhi gave the famous clarion call of ‘Do or Die’ to all Indians to drive the British away from the country.

Which of the above statement(s) is/are correct about Champaran Satyagraha?

Explanation: Champaran Satyagraha was the first India’s Civil Disobedience movement launched by Mahatma Gandhi to protest against the injustice meted out to tenant farmers in Champaran district of Bihar. Hence, C is the correct option.

Explanation: Gandhian Plan was put forward by Shriman Narayan Aggarwal in 1944; who was the principal of Wardha Commercial College.

14. Which Indian mass movement began with the famous ‘Dandi March’ of Mahatma Gandhi?

15. Which among the following was the immediate cause of Quit India Movement?

a)      Withdrawal of British from South East Asia

Explanation: The correct answer is option b) - Failure of Cripps Mission. 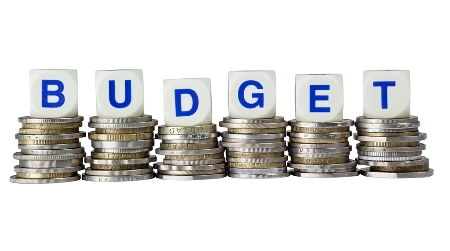 16. Which of the following is not matched correctly?

Explanation: Seventh Five Year Plan was launched during the period of 1985 to 1990.This plan was started by Rajiv Gandhi government when Dr. Manmohan Singh was Deputy Chairman of planning commission.

17. The Eklavya schools has been proposed to be set up for Scheduled Tribe (ST) population in every blocks where the ST population is more than _______ percent

Explanation: Eklavya schools to be started for Scheduled Tribe population. Every block with more than 50 percent ST population and at least 20,000 tribal people will have Ekalvya schools at par with Navodaya Vidyalayas by 2022.

18. The ‘Revitalising Infrastructure and Systems in Education (RISE) by 2022’ initiative has been proposed to be launched in the next 4 years at an investment of Rs _________

Explanation: Initiative named ‘‘Revitalising Infrastructure and Systems in Education (RISE) by 2022’’ to be launched with a total investment of Rs 1,00,000 crore in next 4 years.

19. How much amount has been allocated to the Medium, Small and Micro Enterprises (MSMEs) in the Union Budget 2018-19?

Explanation: Rs 3794 crore has been allocated to MSME Sector.

20. What is the estimated budgetary expenditure for infrastructure for 2018-19? 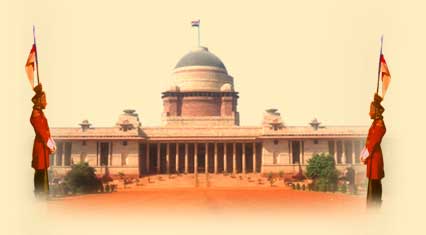 21. The Article 35A of the Indian Constitution pertains to which state?

Explanation: The Article 35A of the Indian Constitution was in news recently as the Supreme Court on August 6, 2018 adjourned the hearing on pleas challenging Constitutional validity of Article 35A pertaining to Jammu and Kashmir (J&K).

22. Which of the following is a constitutional body?

Explanation: Except Finance Commission; none of the body is a constitutional body because others all bodies are established after an act of the Parliament.

23. The Supreme Court recently allowed Union government to implement the reservation in promotion policy for SC/ST employees under which article of the Constitution?

24. Which of the following statements is not correct?

b)      Planning commission was established in January 1951

d)      Jawaharlal Nehru, was the first chairman of the Planning Commission

Explanation: National Development Council was established on 15 March 1950.In his first Independence Day speech in 2014, Prime Minister Modi announced his intention to dissolve the Planning Commission. It has since been replaced by a new institution named NITI Aayog.

Explanation: Article 368 in the Part XX of the Indian constitution deals with the powers of the parliament to amend the constitution and its procedure. 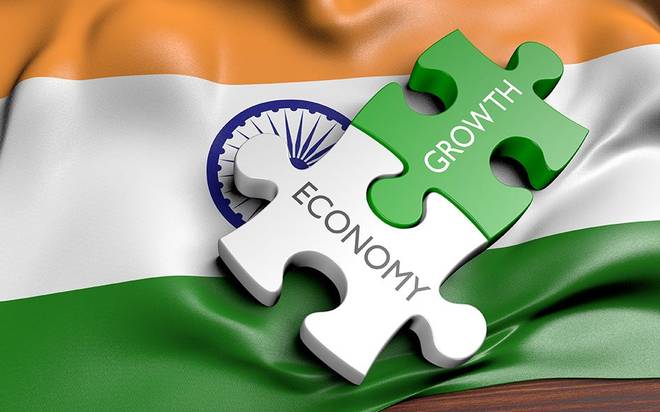 Explanation: The Reserve Bank of India (RBI) on June 6, 2018 decided to allow voluntary transition of the Urban Co-Operative Banks (UCB) into Small Finance Banks (SFB), a move that is aimed at bringing UCBs into mainstream banking.

27. What is the type of Indian economy?

Explanation: The planners of Indian Economy adopted the concept of mixed economy. A mixed economy consists of private and public sectors.

28. What is the base year for measuring inflation at wholesale Prices Index (WPI) in India?

Explanation: The new base year for measuring inflation is 2011-12.

29. India is the biggest producer, as well as the largest consumer and importer of which of the following crops?

Explanation: India is the biggest producer, as well as the largest consumer and importer of pulses, but productivity is low. However, for 2016-17, there is a massive rebound in pulse production while Rabi pulses suggests harvest of 134 lakh tons (108 lakh tons), Kharif output is estimated at 87 lakhs tons (previous year 55 lakh tons) taking the annual total to a humungous 221 lakh tons (164 lakh tons).

30. Bank Rate is defined as the rate at which:

b)      a commercial bank can lend to its customers

Explanation: Bank rate is the rate of interest which a central bank charges on the long term loans and advances that it extends to commercial banks and other financial intermediaries. 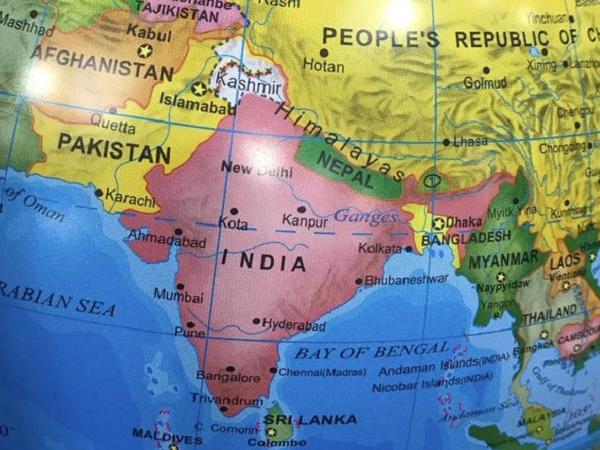 31. Which is the Capital of Nagaland?

32. Which place is called the Financial Capital of India?

33. Bhopal is the capital of which Indian state?

Explanation: The correct answer is option b).

34. What is the capital of Jharkhand?

Explanation: The correct answer is option a).

35. Which northern state of India has two capital cities?

Explanation: Jammu and Kashmir has two capital cities - Jammu (in winter) and Srinagar (in summer). 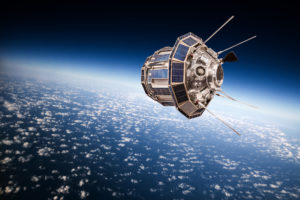 36. Google and NASA have joined hands to identify which two new planets around distant stars?

Explanation: Google and NASA said on December 2017 that advanced computer analysis identified two new planets around distant stars, including one that is part of the first star system with as many planets as Earth's solar system.

Explanation: India was declared free from infective Trachoma, a contagious bacterial infection of the eye. The infection causes inflamed granulation on the inner surface of the lids.

39. Which of the following are drought resistant plants?

Explanation: Drought-resistant plants such as cacti and succulents, make use of an enhanced form of photosynthesis to minimise water loss.

40. What is another name for visceral leishmaniasis?

Explanation: Researchers have stumbled upon evidence of an unknown virus that may be responsible for the persistence of kala-azar or visceral leishmaniasis, a parasite infection that has spawned epidemics and sickened thousands of Indians for over a century. 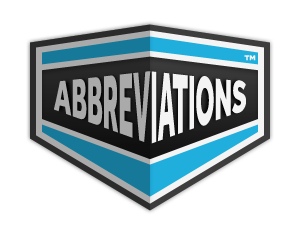 Explanation: Pradhan Mantri Suraksha Bima Yojana - The scheme offers to provide you or your family a cover of up to Rs. 2 lacs in case of any mishap, resulting into death or disability of the insured.

a)      Industrial Credit and Investment Corporation of India

b)      Investment Corporation of Induatrial Credit for India

a)      Bangladesh, Romania, Indonesia and Cambodia 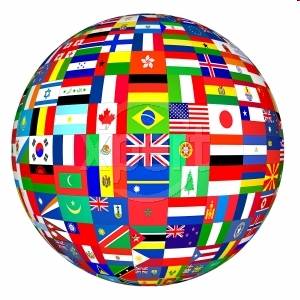 46. Which is the capital of "Afghanistan"?

Explanation: The correct answer is Kabul.

47. Which is the capital of "Australia"?

Explanation: The correct answer is Canberra

Explanation: The correct answer is Albania.

Explanation: The correct answer is Bridgetown.

Explanation: The correct answer is Ottawa

Practice makes the man perfect! The more you will practice, the more accuracy you will gain which will eventually lead you to a high score in the exam. Practice will help you in making unnecessary guess works while attempting General Knowledge Questions in KVS PGT/ TGT/ PRT 2018 Exam.