International Women’s Day 2017 is all set to be celebrated on 8th March 2017. Here’s something to boost the morale of all girls candidates and reason to cheer.

International Women’s Day 2017: A day to admire the leaders who broke apart the stereotype, ripped off the ignorance and fought back against the stubborn! International Women’s Day 2017 (Be Bold for Change: Campaign theme) will be observed worldwide on 8th March 2017. Be it in the field of business or politics, females have taken the stand alongside their male counterparts. India or abroad, female power is rising and yes, it is going to bear a positive outcome!

With this, let’s celebrate the glory of female prowess in CBSE board examinations as well. The apex education body of the country, CBSE, boasts of a large pool of academics; but it also takes pride in having increased girl student participation and success as well.

With the examinations only a day away, here’s something to boost the morale of all examinees. 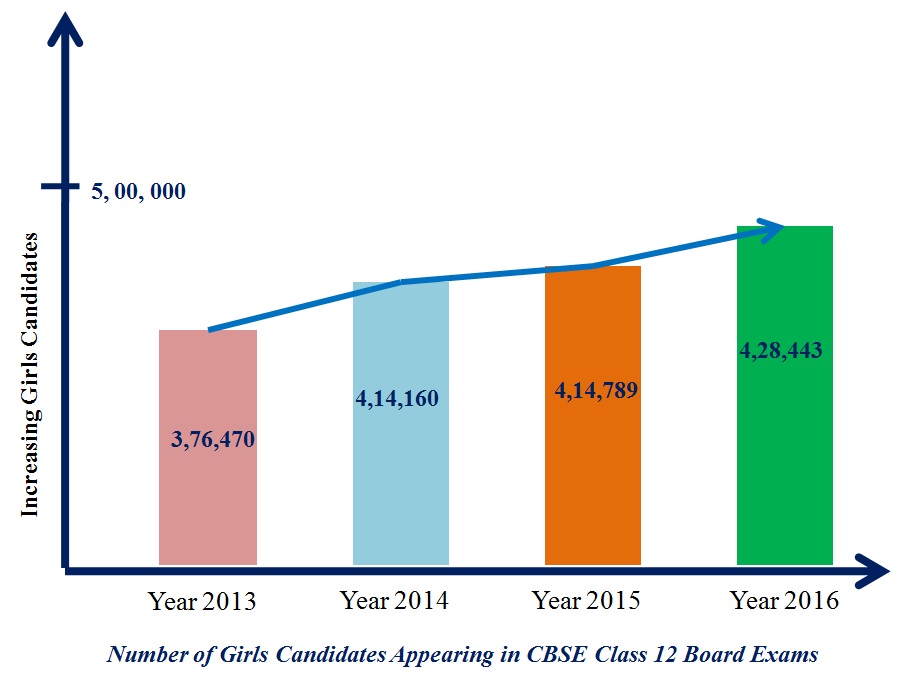 Girl student participation has been increasing year after year. Taking the trend of previous years into consideration, it can be ascertained that the number will keep on rising till late future. While in CBSE Class 12 board examination 2016 near about 4.28 lakh girls had appeared, 4.14 lakh had appeared in 2015. A similar increasing trend is being observed since 2013!
Increased participation of girls in board examination is a positive sign! It not only showcases, the growing awareness in the society, rather it also shows the open-mindedness of the parental generation.

Not only participation, the topper’s list has also been witnessing female candidates since few years. CBSE class 12 result 2016 saw females in first three positions: Sukriti Gupta (1st position), Palak Goel (2nd Position) and Somya Uppal (3rd Position). Even in CBSE class 10th result 2016, 83225 girls secured a perfect 10 CGPA. Nevertheless, the soaring enthusiasm is sure to grab all the first ten positions in all CBSE exams; and the day is not that far!

The pass percentage of girls is rising every year, even than boys 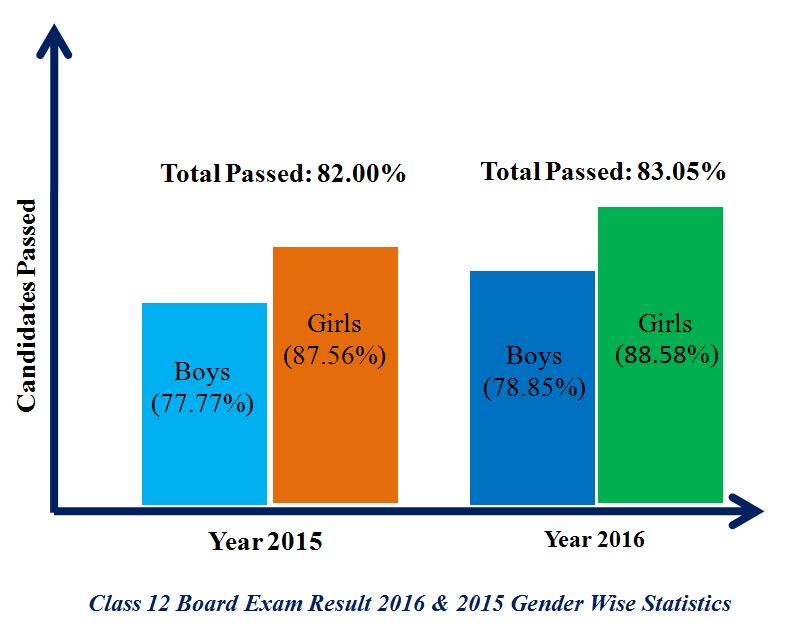 A nation’s treasure is its scholar & an educated woman makes an educated clan! Isn’t it true? The equally potential, yet forgettable till many years, the gender of the nation has proved her audacity.

Power and excellence has no gender, indeed!

CBSE scholarship for single girl child: Things you should definitely know about