For the benefits of JEE Main 2017 aspirants, CBSE has provided the facility for correction of data from 25 January 2017. 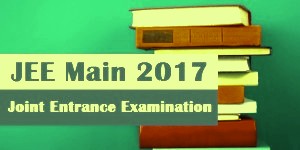 JEE Main 2017 is the biggest exam for engineering aspirants. It is scheduled to be held on 2, 8 and 9 April 2017. Most engineering aspirants are going to appear for this exam for the first time. Many a times it happen that students inadvertently make mistakes in image uploading or sometimes they enter incorrect spelling of personal data, or academic qualifications while filling JEE Main 2017 application form. To facilitate this, CBSE has provided the facility for correction of data from January 25, 2017 to March 3, 2017 to all registered candidates of JEE Main 2017.

The change in mode from computer based (online) examination to pen & paper based (offline) examination is not allowed. Except this all changes are allowed and it should be done latest by March 3, 2017. Thereafter, no correction in particulars, whatsoever, will be entertained by the JEE Unit under any circumstances.