The short films made by the students of the Mass Communication and Journalism Department of Mangalayatan University were screened at the International Kids Film Festival in Dehradun. 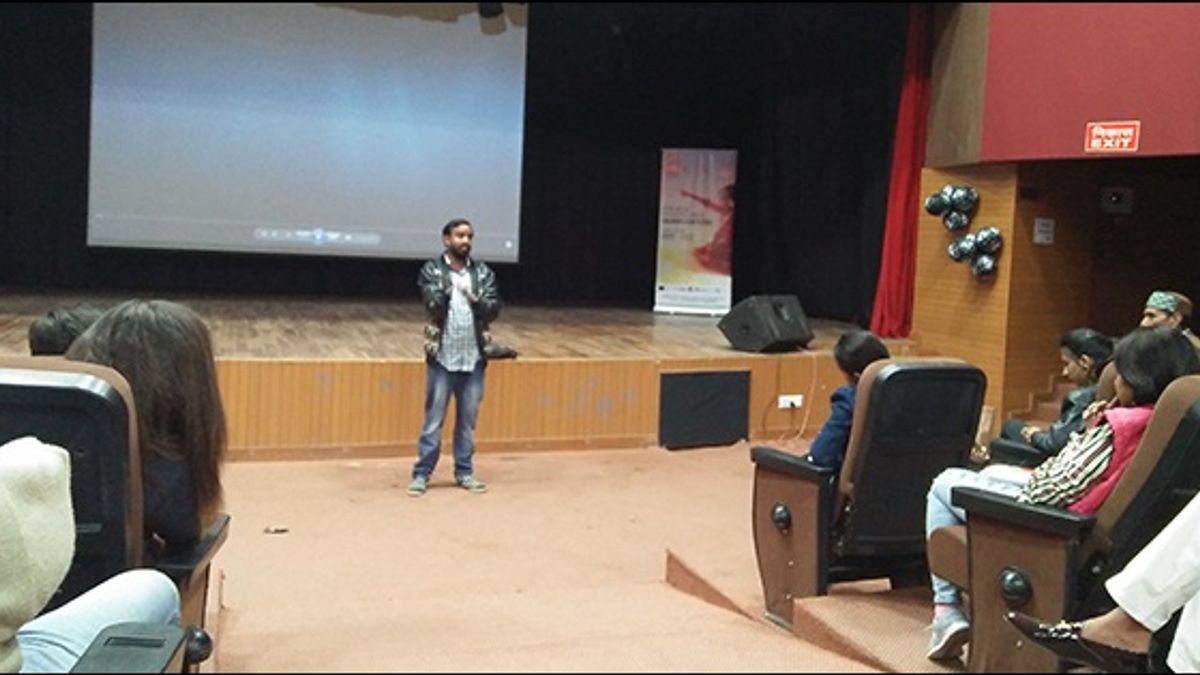 The short films made by the students of the Mass Communication and Journalism Department of Mangalayatan University were screened at the International Kids Film Festival in Dehradun. “Ehsaas” and “Masoom” were some of thefilms made byMangalayatanUniversity students which were well praised and appreciated by the people at the International Film Festival.

The International Kids' Film Festival and Workshop was held from November 20 to 23 at IRDT Auditorium in Dehradun. Students of Mass Communication and Journalism also participated in the four-day film festival. “Masoom” & “Ehsaas” were the chosen films by Mangalayatan students for the screening at the festival  .Students who came from other universities saw the films  and shared their views. Everyone in the auditorium liked and applauded “Masoom”. DiviShrivastav, Alisha Siddiqui, AyushyRaijada ,NehaChaudhary and filmmaker ChandilKulshreshth were well appreciated for their creative effort. At the same time, director and filmmaker DivyamShrivastav and filmmaker ChandrilKuleshreth shared everyone's experience with regard to the film's production. The narration voice of Priya Singh in “Masoom” also won accolades.

Executive Producer ArmanKapoor, present at the Film Festival greatly praised the students’ skills and inspired the film makersof the future. Film expert, Mr.Doval praised the film and provided some tips for better filmmaking to the students. Theater actor Sanjay Bhedoni, who was an expert in the program, also praised the creativity of the students.

AnuragVerma, President of PanchamVedSansthan said that more than 100 films from around 35 countries will be shown in the film festival. Experts from every field related to cinema answered the inquiries and questions of children attending the festival, which was held from November 20 to December 10, 2018. Alongwith their team, students from Doon University and other universities also participated in film festival and workshops organised.

Disclaimer: The information provided in this Notification is solely by Mangalayatan University. Jagranjosh.com bears no representations or warranties of any kind, express or implied, about the completeness, accuracy, reliability, suitability or availability with respect to the information. Individuals are therefore suggested to check the authenticity of the information.