MBA General Awareness for 13 May to 19 May

General Knowledge is an important section in the management entrance exams. If you are aware of the current happening of the past 1 year then answering the questions from this section is a cakewalk. The current GK quiz for the week beginning from 13 May to 19 May will test your awareness on latest happenings taking place at both national and international level.

General Knowledge is an important section in the management entrance exams. If you are aware of the current happening of the past 1 year then answering the questions from this section is a cakewalk. The current GK quiz for the week beginning from 13 May to 19 May will test your awareness on latest happenings taking place at both national and international level.

Read the questions on topics such as: international days, award, and accolades distributed to eminent personalities in the field of sports and other important areas. In addition, you will also find interesting questions on milestones achieved in the field of Science and technology etc. Take the quiz and test your GK for the upcoming management entrance exams.

1. Who among the following has been appointed as Secretary of Department of Telecommunications?

2. Which city has topped the 2017 Savills Tech Cities Index?

3. Name the malicious software that affected various computers recently and restricted users' access to it until a ransom is paid to unlock it?

b) You are Done

4. What was the theme of International Mother’s Day for the year 2017?

a) Every Mother knows

d) She is your best friend 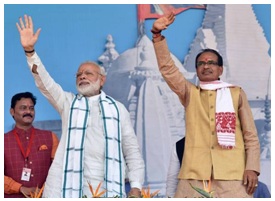 6. Who has won the men’s singles title of the Madrid Open of Tennis?

8. Name the Indian fashion portal which has recently been acquired by Luxury Quotient India?

9. Which year will be considered as the base year of Wholesale Price Index (WPI) and Index of Industrial Production (IIP)?

11. Which Indian airport has become the busiest single-runway airport in the world with 1 flight in 65 seconds?

12. Which country recently declared a state of emergency over cholera outbreak?

13. Which state has decided to allow the use of Aadhaar card as proof of identity and residence for issuing cast certificates?

14. Which Indian cricketer has launched a foundation dedicated to empowering underprivileged mothers and children?

15. Which state has made the study of its official language compulsory in all schools including private English medium ones?

16. What state has topped the 2017 Public Affairs Index (PAI) in governance?

17. Which person who topped the Forbes magazine's annual list of the 100 best venture capitalists?

19. In which state Indian Agricultural Research Institute will be set up?

20. Which country will sign an MoU with India to combat International terrorism?

21. Which Union Minister inaugurated the 15th National meeting of the State Commissioners for Persons with Disabilities (PwD)?

22. Which country has backed India's concern over the Kashmir issue in the China’s One Belt One Road conference in Beijing?

24. In which 2 sections of Public Premises (Eviction of Unauthorised Occupants) Act, 1971, union Cabinet has approved the amendment?

a) Indian Institute of Management

b) Indian Institute of Engineering Science and Technology (IIEST)

26. Which of these is the most polluted place on the planet, with over 37 million pieces littered on its beaches? 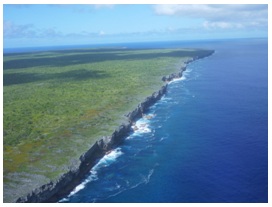 Image Source: On The Rock

27. What will be the total capacity of the plants approved for construction of 10 units of India’s indigenous Pressurized Heavy Water Reactors?

28. Name the Indian mountaineer who has set a new record by scaling the world’s highest peak, Mount Everest for the fourth time?

29. Name the renowned wildlife biologist who was recently nominated for the Whitley Awards, also known as Green Oscars?

30. When was World Telecommunication and Information Society Day observed globally with the theme “Big Data for Big Impact”?

You can also download our free PDF to read and practise important GK and current affair questions for the month of MAY 2017. All you need to do is click on the link provided below and download the free eBook.