Practise questions on Time and Work at jagranjosh.com. It is an important topic of Quantitative aptitude section and will aid you in your preparation of entrances such as CAT, CMAT, MAT, XAT, IIFT, SNAP etc

3. There were a rabbit and a dog walking in the two different rings of same radii. There  is a person observed that when rabbit moved 3 steps, dog moved 5 steps in the same time, but the distance traversed by rabbit  in 5 steps is equal to be distance traversed by dog in 4 steps. What is the number of rounds that a rabbit made when dog completed 200 rounds?

5.Two boats start at the same instant to cross a river X metre wide. The faster boat reaches the other bank and returns back immediately. What are the distances travelled by them when they meet, where the speeds of these boats are S1 & S2?

7. Without stoppage, a train travels a distance of 120 km in 2 hours. and with stoppage it covers the same distance with an average speed of 40Km/hr. On an average, how many minutes per hour does the train stop during the journey?

For practicing more questions on the other topics of quantitative aptitude, keep visiting jagranjosh.com 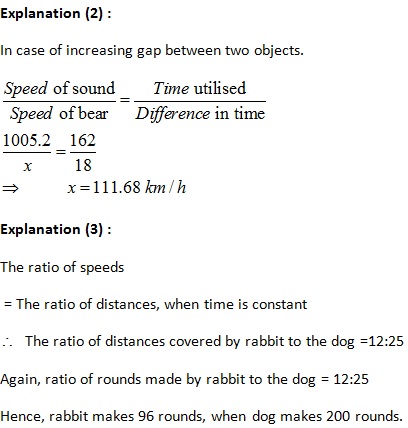 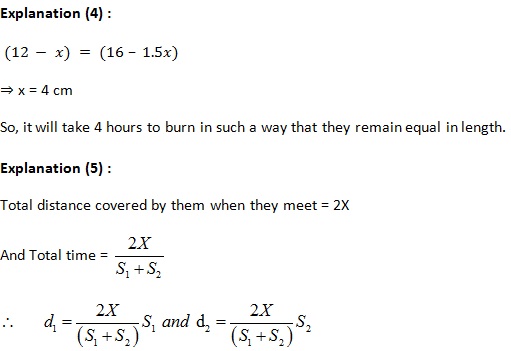 Since dog is once running in the direction as thief,
Then return back and continue till the criminal caught.
So we cannot calculate the distance covered by the dog.

Without stoppage,
Average speed of the train = 60 km/hr means it speed per minute = 1 km.
With stoppage it covers the same distance with an average speed of 40Km/hr means it travel only for 40 minutes.
The train stops for 20 minutes per hour during the journey. 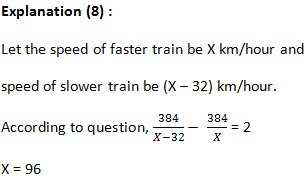 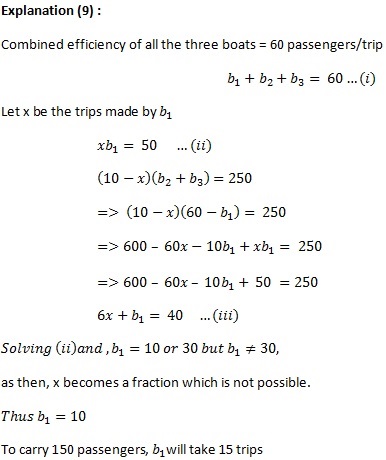