This article contains NCERT Exemplar Problems and Solutions (Part-II) for CBSE Class 10 Mathematics chapter 6, Triangles. It contains only the Very Short Answer Type Questions. Every question is provided with a detailed explanation. These questions will prove to be very helpful while preparing for CBSE Class 10 Board Exam 2017-2018. 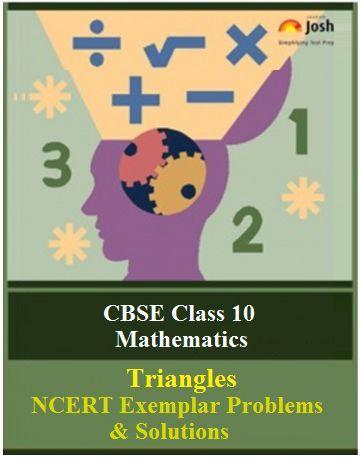 Here you get the CBSE Class 10 Mathematics chapter 6, Triangles: NCERT Exemplar Problems and Solutions (Part-II). This part of the chapter includes detailed solutions for all questions included in Exercise 6.2 of NCERT Exemplar Problems for Class 10 Mathematics Chapter: Triangles. This exercise comprises only the Very Short Answer Type Questions framed from various important topics in the chapter. Each question is provided with a detailed solution.

Find below the NCERT Exemplar problems and their solutions for Class 10 Mathematics Chapter, Triangles:

Write whether True or False and justify your answer:

Question. 1 Is the triangle with sides 25cm, 5cm and 24cm a right triangle? Give reason for your answer.

Which is not true.

So, given triangle is not a right triangle.

We know that, if two triangles are similar, then their corresponding angles are equal,

By converse of BPT, AB will be parallel to QR if AB, divides PQ and PR in the same ratio i.e., 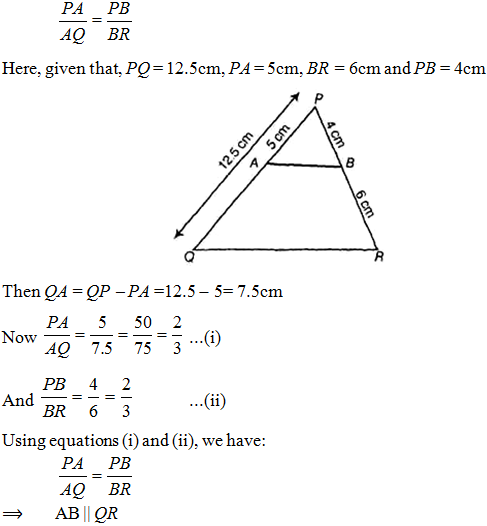 Question. 4 In figure, BD and CE intersect each other at the point P. Is ΔPBC ~ ΔPDE? Why? 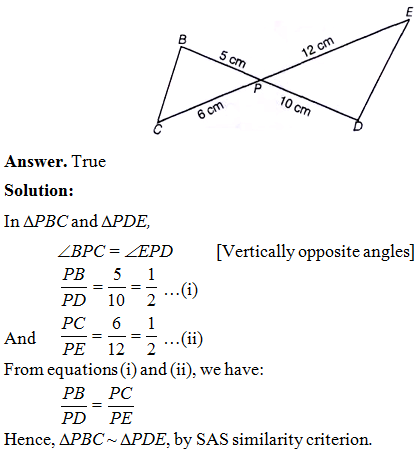 We know that, the sum of three angles of a triangle is 180° 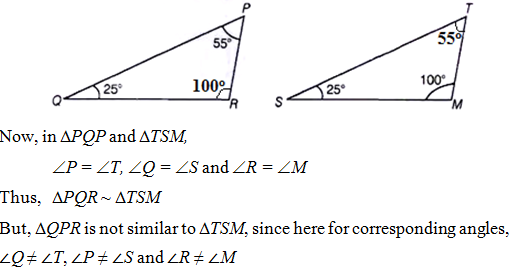 Question. 6 Is the following statement true? Why? "Two quadrilaterals are similar, if their corresponding angles are equal".

Here, the corresponding two sides and the perimeters of two triangles are proportional, then third side of both triangles will also be in proportion.

Question. 8 If in two right triangles, one of the acute angles of one triangle is equal to an acute angle of the other triangle. Can you say that two triangles will be similar? Why? 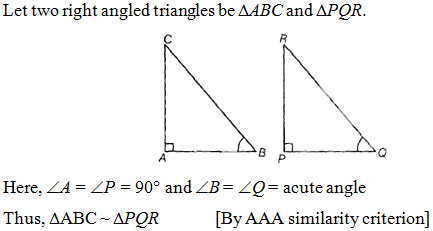 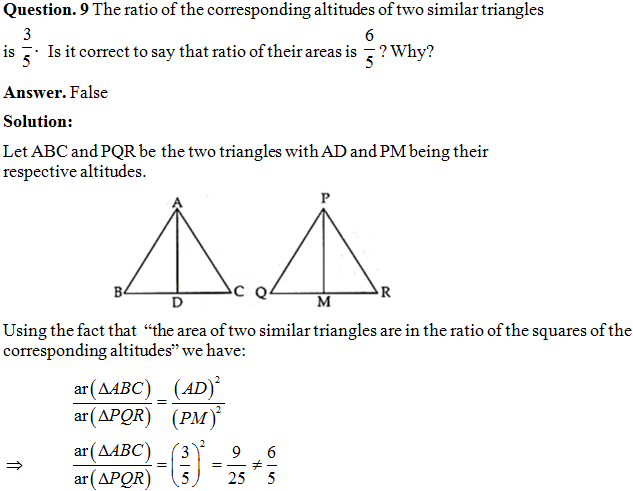 So, given statement is not correct. 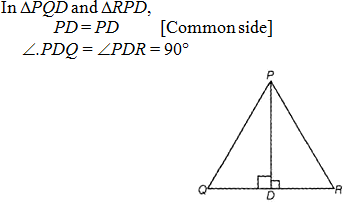 Here, no other sides or angles are equal, so ΔPQD is not similar to ΔRPD. 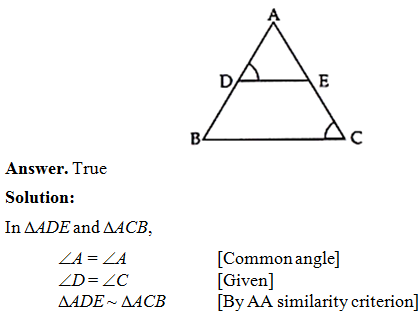