Get here the NCERT solutions for the class 10 History Chapter 3 - The Making of a Global World. Check the best and simplest answers to aid in quick and effective learning. 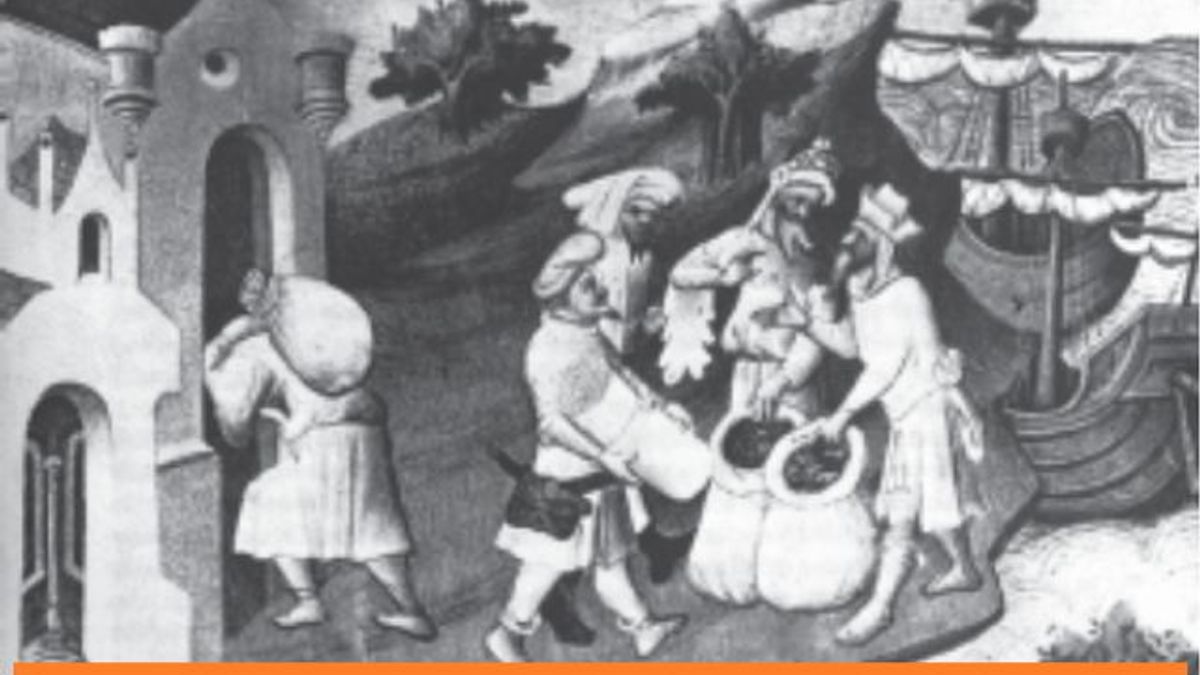 NCERT solutions for 10 Social Science History Chapter 3 - The Making of a Global World are provided here for academic session 2020-21. You will get here the accurate and comprehensive solutions that will be helpful in effective learning and enhance your interest in the subject. All the solutions have been prepared according to the rules of CBSE marking scheme and following the appropriate word limit. Option to download the NCERT Solutions is also provided here.

Chapter 3: The Making of a Global World

1. Give two examples of different types of global exchanges which took place before the seventeenth century, choosing one example from Asia and one from the Americas.

Answer: Examples of the different types of global exchanges which took place before the seventeenth century are:

2. Explain how the global transfer of disease in the pre-modern world helped in the colonisation of the Americas.

Answer: The global transfer of disease in the pre-modern world helped in the colonisation of the Americas because the native Americans had no immunity against the disease that came from Europe. Before the discovery of America, it had been cut off from the rest of the world for millions of years. So, they had no defence against the disease. In particular, Smallpox proved a deadly killer. It killed and decimated whole communities, paving the way for conquest.

3. Write a note to explain the effects of the following:
(a) The British government's decision to abolish the Corn Laws.
(b) The coming of rinderpest to Africa.
(c) The death of men of working-age in Europe because of the World War.
(d) The Great Depression on the Indian economy.
(e) The decision of MNCs to relocate production to Asian countries.

Answer: (a) The British government's decision to abolish the Corn Laws resulted in the inflow of cheaper food in
Britain. British agriculture was unable to compete with imports. Vast areas of land were left uncultivated. Thousands of men and women, who were thrown out of work, migrated to town and cities. This indirectly led to global agriculture and rapid urbanisation, a prerequisite of industrial growth.

(b) Rinderpest arrived in Africa in the late 1880s. Within two years, it spread in the whole continent reaching Cape Town within five years. Rinderpest had a terrifying impact on people’s livelihoods and the local economy. It killed about 90 percent of the cattle. Planters, mine owners and colonial governments became successful to strengthen their power and to force Africans into the labour market.

(c) The death of men of working-age in Europe because of the World War reduced the able-bodied workforce in Europe, thereby reducing household income. Due to this the women stepped in to undertake the jobs that earlier only men were expected to do. It increased the role of women that led to a demand for their equal status in the society. It made the feminist movement even stronger.

(d) By the early twentieth century, the global economy had become an integral one. The depression immediately affected Indian trade. India was a British colony that exported agricultural goods and imported manufactured goods. Under the impact of Great Depression, the Indian economy was closely becoming integrated into the global economy. As international prices crashed so did the prices in India. Between 1928 and 1934, wheat prices in India fell by 50 percent. The fall in agricultural price led to a reduction of farmers’ income and agricultural export. The government did not decrease their taxes due to which peasants' indebtedness increased all across India. In these depression years, India became an exporter of precious metals, notably gold.

(e) The relocation of industry to the low-wage countries had the following impact:

4. Give two examples from history to show the impact of technology on food availability.

Answer: Two examples from history to show the impact of technology on food availability were:

5. What is meant by the Bretton Woods Agreement?

6. Imagine that you are an indentured Indian labourer in the Caribbean. Drawing from the details in this chapter, write a letter to your family describing your life and feelings.

Answer:
Dear Family,
I hope you all are fine there. I am working in Caribbean as an indentured labourer. Through this letter, I want to tell you about my work life and hardships. I have been hired by the colonisers under a contract which included wrong information regarding the place of work, mode of travel and living and working conditions. The contractor uses harsh and abusive language for us. There is a lot of work at the plantations with a heavy workload and sometimes I have to finish all of it in just one day. The contractor cuts my wages if he is not satisfied with my work. I am living here a slave’s life. I know you will be very upset to know my situation but the governments here are thinking to introduce new laws to protect the labourers like us. So, I hope this situation will pass soon.
Your Loving,
ABC

7. Explain the three types of movements or flows within international economic exchange. Find one example of each type of flow which involved India and Indians, and write a short account of it.

Answer: The three types of movements or flows within the international economic exchange are:
(i) Flow of trade (trade in goods such as cloth or wheat): India was involved in trade relations since ancient times. It exported textiles and spices in return for gold and silver from Europe.

(ii) Flow of labour (the migration of people to new areas in search of work): In the nineteenth century, thousands of Indian labourers went to work on plantations, in mines, and in road and railway construction projects around the world. Indentured labourers were hired under contacts which promised their return to India after working for five years in the plantation. The living conditions were harsh and the labourers had very few legal rights.

(iii) Flow of capital (short-term and long-term loan to and from other nations): To finance the World War, Britain took high loans from the USA. Since India was under British rule, the impact of these loan debts was felt in India too. The British government increased taxes, interest rates, and lowered the prices of products it bought from the colony. This affected the Indian economy very strongly.

8. Explain the causes of the Great Depression.

Answer: The Great Depression was a result of a number of factors as mentioned below:

(i) Prosperity in the USA during the 1920s created a cycle of higher employment and incomes. It led to a rise in consumption and demands. More investment and more employment created tendencies of speculations which led to the Great Depression of 1929 upto the mid-1930s.
(ii) The stock market crashed in 1929. It created panic among investors and depositors. They stopped investing and depositing which resulted in a cycle of depreciation.
(iii) Failure of the banks: The withdrawal of US loans had a worse impact on the money investment systems. In Europe, it led to the failure of most of the major banks. Some of the banks closed down when people withdrew all their assets, leaving them unable to invest. Some banks called back loans taken from them at the same dollar rate inspite of the falling value of dollar.

9. Explain what is referred to as the G-77 countries. In what ways can G-77 be seen as a reaction to the activities of the Bretton Woods twins?

Answer: G-77 countries is a group of developing countries that demanded a new International Economic Order (NIEO). By the NIEO they meant a system that would give them real control over their natural resources, fairer prices for raw materials, and better access for their manufactured goods in the markets of the developed countries. The Group of 77 (G77) at the United Nations is a coalition of 134 developing countries, designed to promote its members’ collective economic interests.

The Bretton Woods twins i.e., the International Monetary Fund and the World Bank have been established by the developed countries. These institutions were set up to meet the financial needs of the industrialised countries and had nothing to do with the economic growth of the former colonial countries and developing nations. G-77 was created entirely to cater the needs of developing nations. Therefore, G-77 can be seen as a reaction to the activities of the Bretton Woods twins.

You may also download all these NCERT solutions in PDF from the following link:

NCERT Solutions for Class 10 History India and the Contemporary World-II: All Chapters