NCERT Solutions for Class 6 English - A Pact With the Sun Textbook- Chapter 10: A Strange Wrestling Match

Students of Class 6 can check NCERT solutions for English Subject A Pact With the Sun  Textbook - Chapter 10: A Strange Wrestling Match 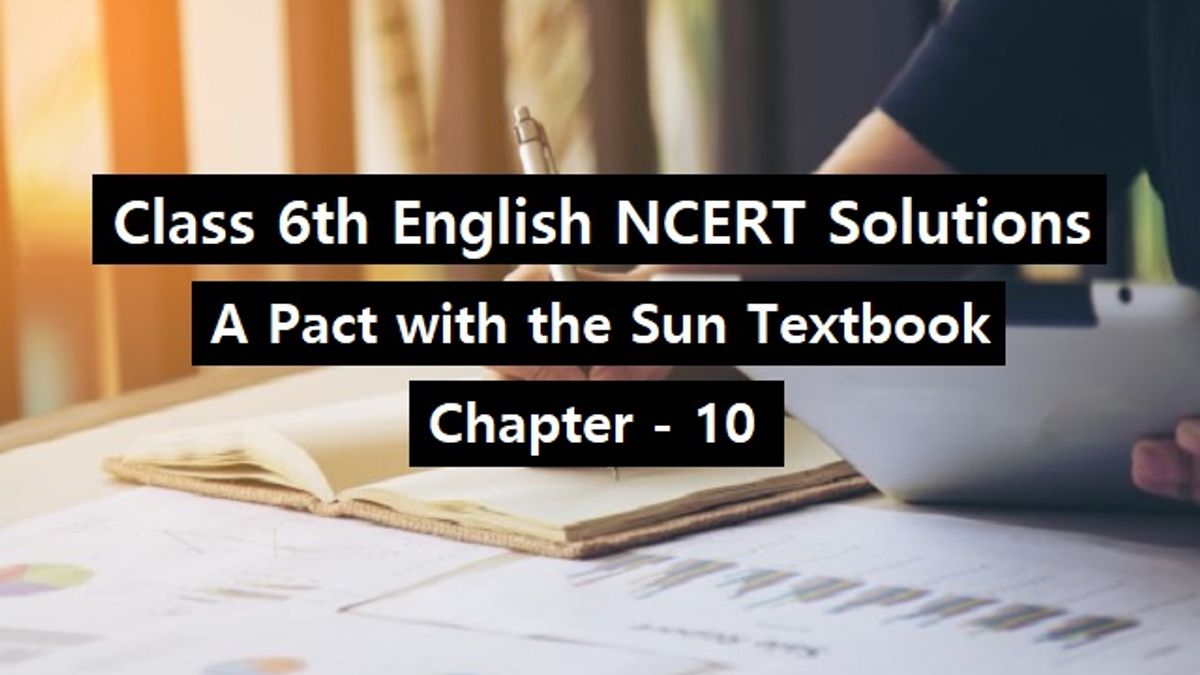 Check Class 6 NCERT Solutions for English Subject. In this article, we have provided NCERT Solutions for Chapter 10 from the A Pact With the Sun Textbook. Chapter 10 is about Vijay Singh, the famous wrestler, who was unbeatable. Vijay Singh was a bit boastful at times. Once he took it upon himself to fight a ghost. The NCERT solutions of this chapter have been provided after a detailed analysis of the latest syllabus issued by CBSE. Students of Class 6th can study the answers provided here to score well in their school exams.

Ques: What was Vijay Singh’s weakness? Which awkward situation did it push him into?

Answer: Vijay Singh was a wrestler. He was proud of his physical strength. His chief weakness was that he was boastful. He wanted to meet a ghost and teach him a lesson.

His weakness pushed him into a difficult situation. He was told to go to the Haunted Deserts to meet the ghost. He could not say ‘No’ to the suggestion.

Ques: Was the old woman’s gift to Vijay Singh eccentric? Why?

Answer: The old woman was known to be eccentric or whimsical. She put a small packet into Vijay Singh’s hand. It contained a lump of salt and an egg. It was not an eccentric act. Both the gifts proved very useful in his fight against the ghost.

Ques: Why did Vijay Singh ask the ghost disguised as Natwar to come closer?

Answer: Vijay Singh asked the ghost in the guise of Natwar to come closer. Like all good wrestlers, he wanted to size up his enemy ghost.

Ques: What made the ghost speechless? Why?

Answer: Vijay Singh tried to sound brave. He looked at Natwar’s face. He declared that Natwar was a plain, lying ghost. The ghost felt insulted, shocked, and speechless.

Ques: Why did Vijay Singh say “Appearances can be deceptive”?

Answer: The ghost first tried to demoralize Vijay Singh. He said that Vijay Singh was no match to him. At this Vijay Singh also tried to frighten the ghost. He agreed to demonstrate his strength.

Ques: How did Vijay Singh use the egg? How did he use the lump of salt?

Answer: Vijay Singh challenged the ghost to squeeze a piece of rock. The ghost tried his best but could not crush the piece of rock. Vijay Singh took advantage of the darkness. He took out the egg from his pocket. Taking the rock as well as the egg, he pressed the egg and claimed victory. Next time, he picked up another piece of rock and gave it to the ghost to crush it. The ghost again tried his best to crush the stone but in vain. Meanwhile, Vijay Singh took out the lump of salt from his pocket and crushed it easily. This time too, he proved himself victorious. Thus, by using the egg and the lump of salt he successfully outwitted the ghost.

Ques: Why did Vijay Singh conclude that the ghost would not be a worthy opponent to him? Was he fair in his judgement?

Answer: Vijay Singh claimed victory over the ghost dishonestly. He gave the ghost a piece of rock on both occasions. The ghost failed to crush them while Vijay Singh made use of the salt and the egg successfully. Thus he proved the ghost a weakling in an unfair manner.

Ques: Why did Vijay Singh ask the ghost to accompany him to town the next day?

Answer: Vijay Singh wanted to take the ghost to his town to impress his people. He wanted to present the ghost there as his prisoner.

Ques: What made the ghost believe Vijay Singh was dead?

Answer: Vijay Singh saw through the ghost’s plan. He got out of the bed and put a round pillow in his place. The ghost struck the bolster hard with his mace or heavy stick. Since he didn’t hear any groan, he took into his head that Vijay Singh was dead.

Ques: Vijay Singh complained of insects in the cave. What was he referring to, and why?

Ques: Was it really a ghost who Vijay Singh befooled? Who do you think it was?

Answer: The story of the trial of strength between a ghost and Vijay Singh cannot be true or believable. Nobody can see a ghost in human form. It does not live in a house or a cave. It does not collect wealth. It does not panic or run away in fear. The ghost in the story was, only a dacoit who used to rob the rich and kill them