NCERT Solutions for Class 7: Chapter 7 - Weather, Climate and Adaptations of Animals to Climate

Check NCERT Solutions for Class 7, Chapter 7 (Weather, Climate and Adaptations of Animals to Climate). You can also download the PDF of this chapter from here. 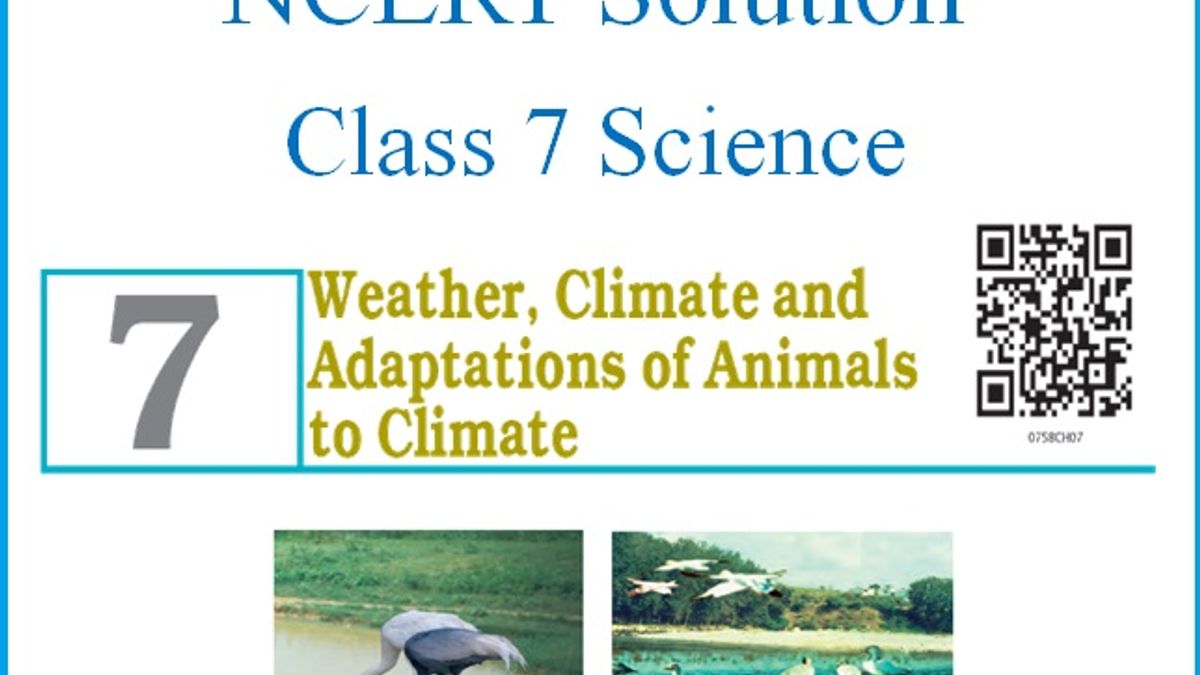 NCERT Solutions for Class 7: Chapter 7 - Weather, Climate and Adaptations of Animals to Climate

NCERT Solutions for Class 7 Science, Chapter 7 - Weather, Climate and Adaptations of Animals to Climate is available here. You can also download Chapter 7 of Class 7 Science NCERT textbook in PDF format.

Question1. Name the elements that determine the weather of a place.

Question2. When are the maximum and minimum temperatures likely to occur during the day?

Question3. Fill in the blanks:

(ii) A place receives very little rainfall and the temperature is high throughout the year, the climate of that place will be

Question4. Indicate the type of climate of the following areas:

Question5. Which of the two changes frequently, weather or climate?

Question6. Following are some of the characteristics of animals:

(i) Diets heavy on fruits

(vi) Layer of fat under skin

For each characteristic indicate whether it is adaptation for tropical rainforests or polar regions. Do you think that some of these characteristics can be adapted for both regions?

Question7. The tropical rainforest has a large population of animals. Explain why it is so.

Tropical rainforests receive plenty of rainfall and its climate is hot and humid. Due to which it has a variety of flora and fauna and hence, has a large population of animals.

Question8. Explain, with examples, why we find animals of certain kind living in particular climatic conditions.

Animals often adapt themselves to the climatic conditions in which they are living. For example, a polar bear has a thick skin and a layer of fat and is adapted for Polar Regions. These conditions keep the animal warm. But with these adaptations, the polar bear will not be able to live in the tropical region with hot climatic conditions. In the same way, a monkey is adapted to live in the forest with features such as loud voice, sturdy tail. But for Polar Regions, these features don't have any significance.

Question9. How do elephant living in the tropical rainforest adapt itself?

• It uses its trunk as a nose because of which it has a strong sense of smell.

• The trunk is also used by it for picking up food.

• Its tusks are modified teeth. These can tear the bark of trees that elephant loves to eat.

• Large ears of the elephant help it to hear even very soft sounds. They also help the elephant to keep cool in the hot and humid climate of the rainforest.

Choose the correct option which answers the following question:

Question10. A carnivore with stripes on its body moves very fast while catching its prey. It is likely to be found in

(i) A white fur, fat below skin, keen sense of smell.

(i) A white fur, fat below skin, keen sense of smell.

(i) hot and humid