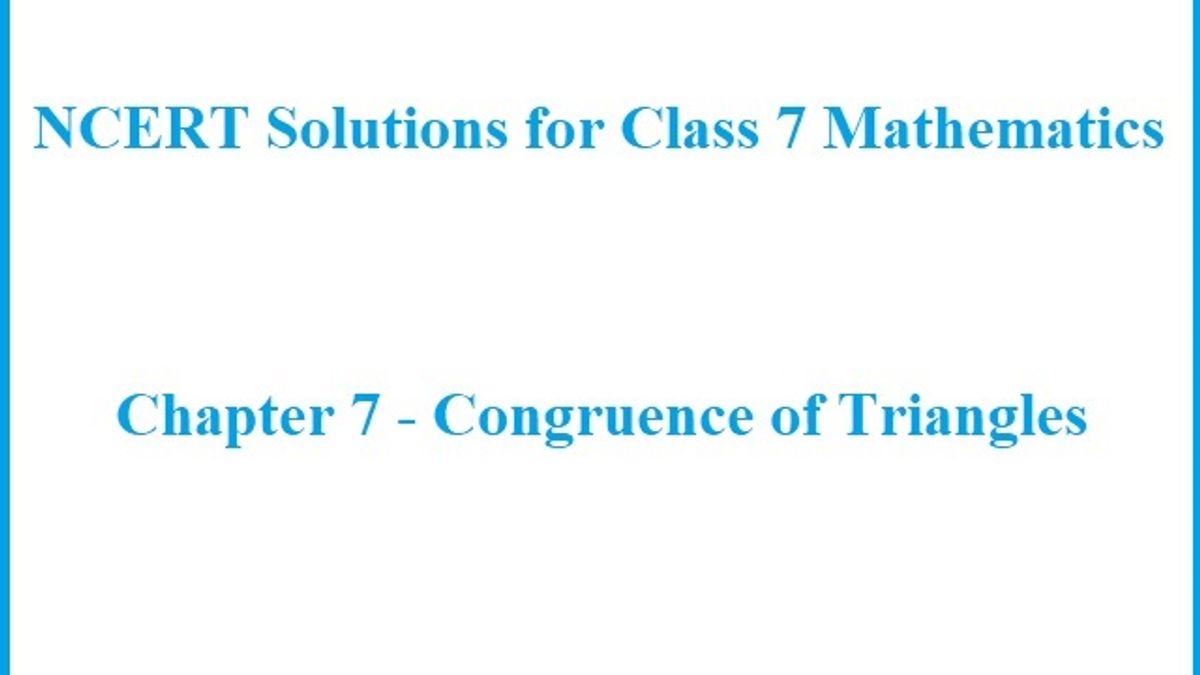 (a) they have the same length

2. Give any two real-life examples for congruent shapes.

(i) Pages of a notebook.

(ii) Breads in the same packet

As these triangles are congruent it means the corresponding angles and sides are equal to each other.

1. Which congruence criterion do you use in the following?

(a) If you have to use SSS criterion, then you need to show

(b) If it is given that ∠T = ∠N and you are to use SAS criterion, you need to have

(c) If it is given that AT = PN and you are to use ASA criterion, you need to have

In the following proof, supply the missing reasons.

(i) Given in the question

(ii) Given in the question

A student says that ΔABC ≅ ΔPQR by AAA congruence criterion. Is he justified? Why or why not?

No. Because two traingle with different sides can have all their respective angles equal.

5. In the figure, the two triangles are congruent. The corresponding parts are marked. We can write ΔRAT ≅ ?

Answers of the remaining questions will be available here shortly.

7. In a squared sheet, draw two triangles of equal areas such that

(i) The triangles are congruent.

(ii) The triangles are not congruent.

What can you say about their perimeters? 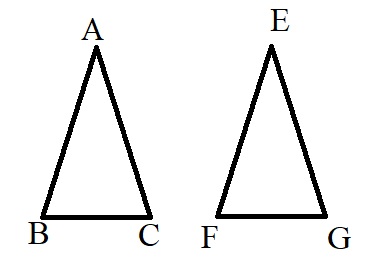 These triangles are congruent and have same areas (half of the product of the length of base and height). 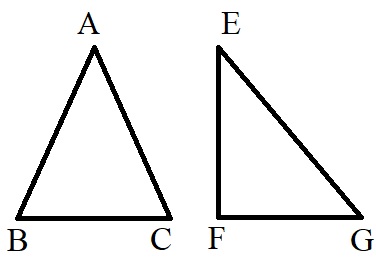 Here measures of angles of these triangles are different but areas (half of the product of the length of base and height) are same.

8. If ΔABC and ΔPQR are to be congruent, name one additional pair of corresponding parts. What criterion did you use?