NCERT Solutions for Class 8 English - It So Happened Textbook- Chapter 4: The Treasure With In

Students of Class 8 can check NCERT solutions for English Subject It So Happened Textbook -Chapter 4: The Treasure With In 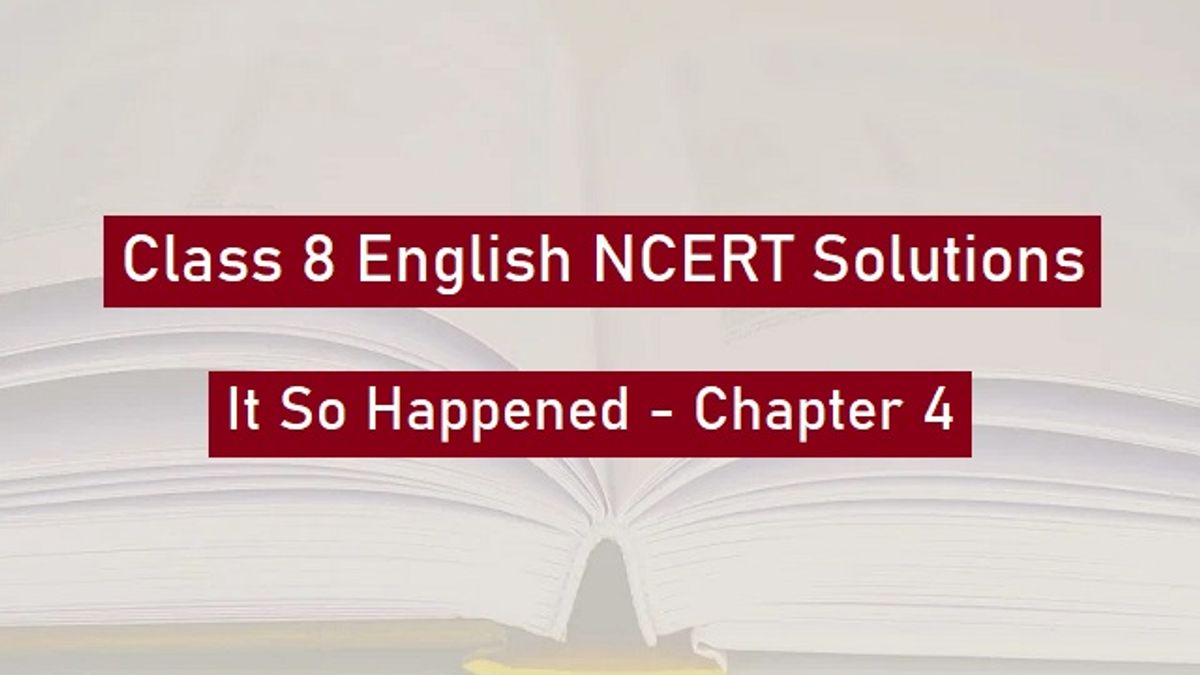 Check Class 8 NCERT Solutions for English Subject. In this article, we have provided NCERT Solutions for Chapter 4 from the English It So Happened Textbook. Chapter 4 is a story of about Hafeez Contractor who was an unhappy school boy. He loved doing things but detested mechanical learning. Mathematics gave him the shivers. What his Principal once said to him influenced him deeply. The NCERT solutions of this chapter have been provided after a detailed analysis of the latest syllabus issued by CBSE. Students of Class 8th can study the answers provided here to score well in their school exams.

Ques: 1. What did Hafeez Contractor have nightmares about?

2. What did the Principal say to him, which influenced him deeply?

4. (i) What ‘distraction’ did Hafeez Contractor create one day?

(ii) Would you have liked to participate in the ‘distraction’ had you been with him?

Answer: 1. A nightmare is a bad dream or a haunting fear. Hafeez had nightmares about mathematics examination.

2. The Principal told Hafeez that he was a good student but he never studied. His mother had worked hard to bring him up. It was the time now to rise to the occa­sion and study.

3. He was busy studying books that year.

4. (i) For one whole hour he along with his friends played ‘Chor-police’.

(ii) I would have avoided such a distraction for fear of the teacher. Moreover, it was completely wastage of time.

Ques: 1. Hafeez Contractor wanted to join the police force. Why didn’t he?

2. In the architect’s office, Hafeez Contractor was advised to drop everything and join architecture. Why?

3. (i) What was Mrs Gupta’s advise to Hafeez Contractor?

(ii) What made her advise him so?

4. How did he help fellow students who had lost a button?

5. Which rules did he break as a schoolboy?

6. (i) What is Hafeez Contractor’s definition of Mathematics?

(ii) How would you want to define Mathematics? Do you like the subject?

Answer: 1. Hafeez wanted to join the police force, but his mother advised him to do his graduation first. So he joined Jaihind College in Mumbai.

2. It happened quite by chance. One day he saw somebody drawing a window design. He pointed out that the drawing was wrong, and the window would not open. And he was proved right. His cousin’s husband was surprised. He asked him to design a house and he did that. After that, he told Hafeez to leave everything and join architecture.

3. (i) When he was in the second or third standard, one of his teachers Mrs. Gupta saw

his sketches and advised him to become an architect when he grew up.

(ii) She advised him so on seeing his fine sketches.

4. When a fellow student lost a button while playing or fighting, Hafeez would cut a button for him from chalk, using a blade.

5. As a schoolboy, he never studied, until his 11th He always copied to pass the examination.

6. (i) According to Hafeez Contractor, Maths is a combination of putting designs, construction, psychology, and sociology together and making a sketch from all that,

(ii) Mathematics is the best branch of science, but it is a bit difficult to be good in this subject. However, I like this subject.

Ques: It is likely that someone who is original and intelligent does not do very well at school? Should such a learner be called a failure? If not, why not?

Answer: A learner who is original and intelligent may appear to be a failure at school, but the chances of his doing well in later life are bright.

Ques: Who, in your view, is an ‘unusual’ learner?

Answer: An unusual learner can be a genius in any subject. He will be different from the rest.

Ques: What can schools do to draw out the best in unusual learners? Suggest whatever seems reasonable to you.

Answer: School should stop treating all the learners as ordinary. They should not follow old mechanical methods of teaching. They should try to discover the hidden talent in each learner and encourage him to do his best to develop it.