NCERT Solutions for Class 8 Civics Chapter 4 - Understanding Laws are provided here in PDF format. Students must check these easily accessible questions and answers to score good marks in their exams. 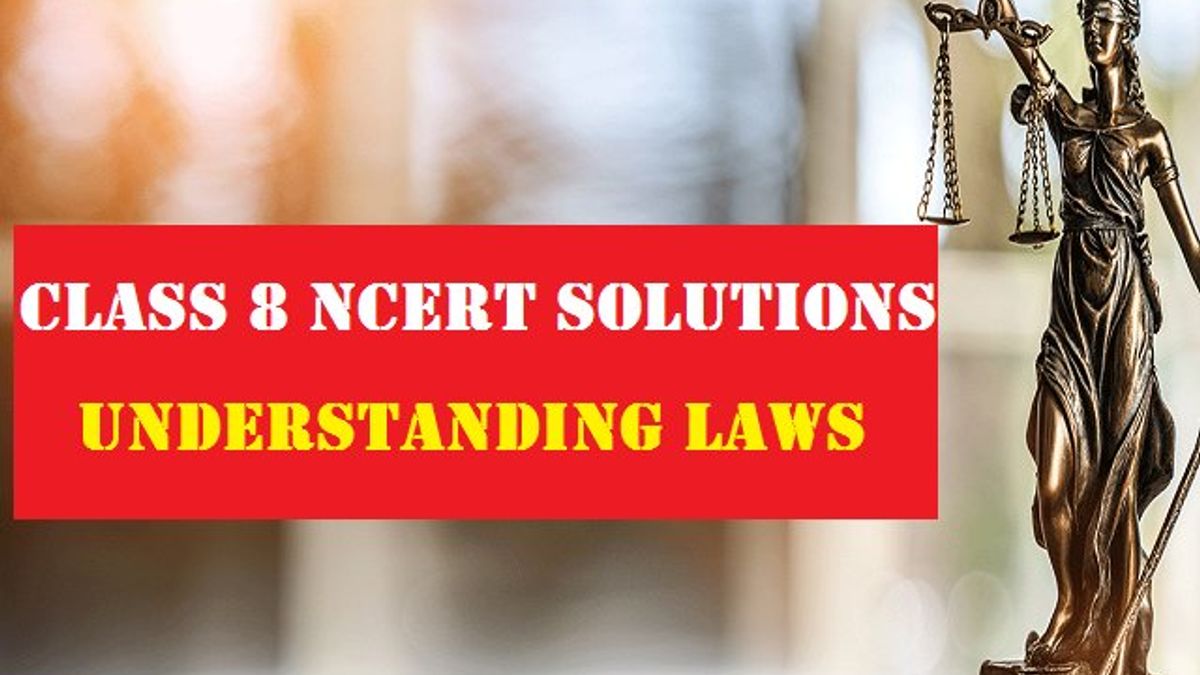 1. Write in your own words what you understand by the term the ‘rule of law’. In your response include a fictitious or real example of a violation of the rule of law.

The rule of law means is that all laws apply equally to all citizens of the country and no one can be above the law. Neither a government official nor a wealthy person nor even the President of the country is above the law. All persons in independent India are equal before the law. The law cannot discriminate between persons on the basis of their religion, caste or gender. There is a specific punishment for every crime or violation of law and also a specific process through which the guilt of the person has to be established. The punishment for any crime committed will be the same for every person, irrespective of his power or position.

For example, there are many politicians who own property worth crores but they do not even pay tax for the same. While filing the tax return, they show only a part of their total property and wealth. However, they are not questioned for this by the ordinary income tax officials because the officials have the fear of losing their jobs. This shows how people in power can easily violate the laws.

2. State two reasons why historians refute the claim that the British introduced the rule of law in India.

Two reasons why historians refute to claim that the British introduced the rule of law in India are as follows:

(i) The colonial law was arbitrary. One example of the arbitrariness of British law is the Sedition Act of 1870. According to this act any person protesting or criticising the British government could be arrested without due trial.

(ii) The Indian nationalists played a prominent role in the development of the legal sphere in British India. They protested against the arbitrary use of authority by the British. They also fought for equality of all.

3. Re-read the storyboard on how a new law on domestic violence got passed. Describe in your own words the different ways in which women’s groups worked to make this happen.

A number of women’s groups worked hard to get the bill against domestic violence passed by the Government. For this they made the following efforts:

4. Write in your own words what you understand by the following sentence on page 44-45:

They also began fighting for greater equality and wanted to change the idea of law from a set of rules that they were forced to obey, to the law as including ideas of justice.

During the colonial period, Indians were being discriminated in their own country by the British government. They were forced to follow the set of rules and laws that were arbitrary. The Sedition Act of 1870 is one example of the arbitrary law that came to be a turning point in the struggle for freedom in India. According to the Sedition Act any person protesting or criticising the British government could be arrested without due trial. Indian nationalists began protesting and criticising this arbitrary use of authority by the British. They began to fight for their rights and wanted a set of rules that were equal for all.

Download all the NCERT Solutions for Class 8 Civics Chapter 4 from the following link: