Get here the easiest and simplest NCERT Solutions for Class 8 Social Science History Chapter 2 From Trade to Territory. All the questions and answers are available here in PDF format. 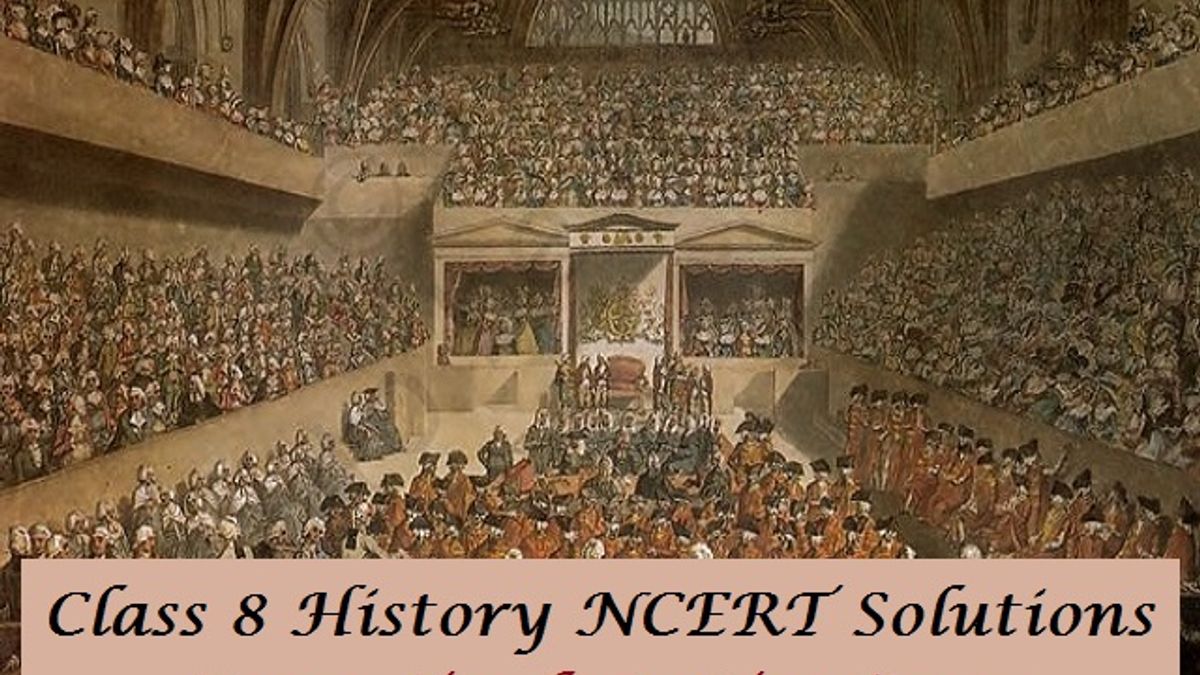 NCERT Solutions for Class 8 History Chapter 2 From Trade to Territory include the precise and simple answers to all the questions given at the end of the chapter. You can easily download all the questions and answers in PDF format and refer to them to complete your homework assignments and while preparing for the examinations.

(a) The British conquest of Bengal began with the Battle of Buxar.

(b) Haidar Ali and Tipu Sultan were the rulers of Mysore.

(d) Maratha kingdoms were located mainly in the South-western part of India.

3. State whether true or false:

(a) The Mughal empire became stronger in the eighteenth century.

(b) The English East India Company was the only European company that traded with India.

(c) Maharaja Ranjit Singh was the ruler of Punjab.

(d) The British did not introduce administrative changes in the territories they conquered.

(a) False, Mughal empire started to decline in eighteenth century with the emergence of new power, The British.

(b) False, French and Dutch traders also traded with India.

(d) False, the British introduced many administrative changes in the territories they conquered.

European trading companies were attracted to India due to the following reasons:

(i) They could buy goods at cheap prices and carry them back to Europe to sell at higher prices.

(ii) The fine qualities of cotton and silk produced in India had a big market in Europe.

(iii) Indian spices like pepper, cloves, cardamom and cinnamon were in great demand in Europe.

5. What were the areas of conflict between the Bengal nawabs and the East India Company?

The areas of conflict between the Bengal nawabs and the East India Company were:

(i) The Bengal nawabs denied concessions to the East India Company on many occasions.

(ii) They demanded large tributes for the Company’s right to trade.

(iii) They denied the company any right to mint coins.

(iv) They stopped the company from extending its fortifications.

(vii) The company officials wrote disrespectful letters to nawabs and humiliated them.

6. How did the assumption of Diwani benefit the East India Company?

(i) It allowed the Company to use the vast revenue resources of Bengal.

(iii) Company used the revenues from India to finance its expenses like to purchase cotton and silk textiles in India, maintain Company troops, and meet the cost of building the Company fort and offices at Calcutta.

(iv) Revenue of Bengal was used to finance exports of Indian goods.

7. Explain the system of “subsidiary alliance”.

According to the subsidiary alliance the Indian rulers were not allowed to have their independent armed forces. They came under the protection of East India Company. Major effects of this system were as follows:

(i) East India Company became the guardian of the territories that it took under the alliance.

(ii) The Indian rulers had to pay for the “subsidiary forces” that the Company was supposed to maintain for the purpose of their protection.

(iii) If the Indian rulers failed to make the payment, then part of their territory was taken away as penalty.

8. In what way was the administration of the Company different from that of Indian rulers?

The administration of the Company was different from that of the Indian rulers in the following ways:

(ii) Each presidency was under the charge of the governors whereas the Indian Administrative unit was ruled by local zamindars and peasants.

(iv) A new judicial system was introduced from 1772. Each district had two courts- a criminal court known as ‘faujdari adalat’ and a civil court ‘diwani adalat’. Maulvis and Hindu pandits interpreted Indian laws for the European district collectors who presided over civil courts. The criminal courts were still under a qazi and a mufti but under the supervision of the collectors.

9. Describe the changes that occurred in the composition of the Company’s army.

The changes that occurred in the composition of the Company’s army were as follows:

Download all the NCERT Solutions for Class 8 History Chapter 2 from the following link: