Find here the NCERT Solutions for Class 9 English Chapter 4 - In the Kingdom of Fools. Download exclusive solutions for quick and effective learning. 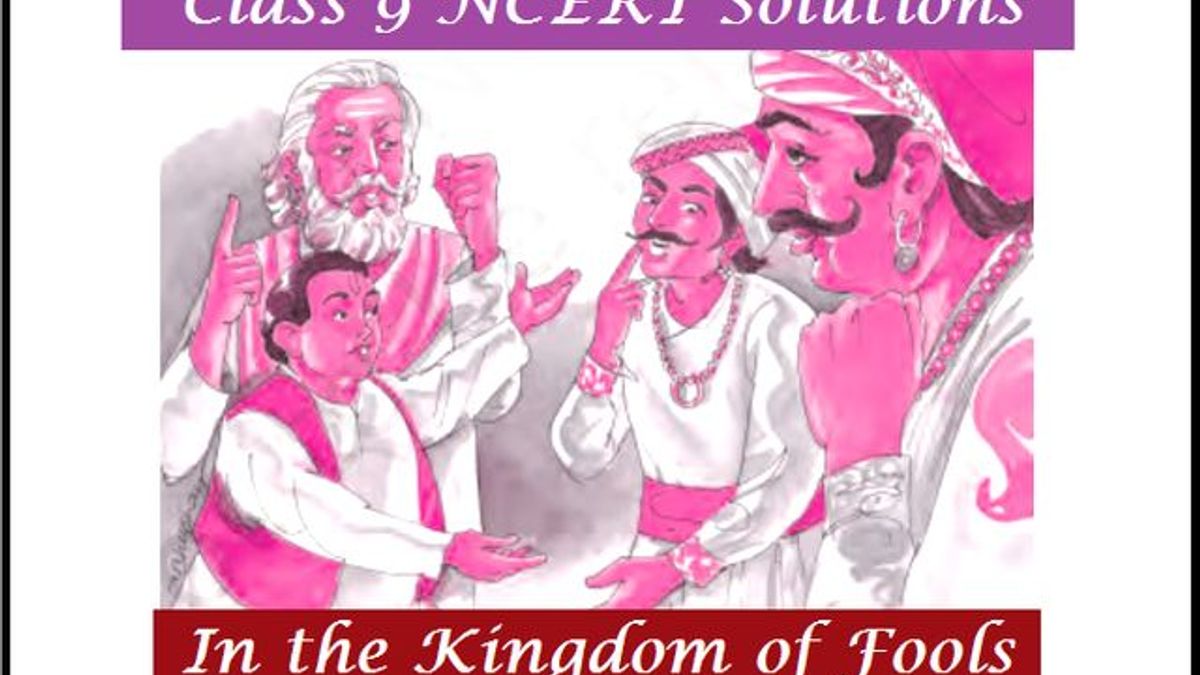 Get NCERT Solutions for Class 9 English Moments Chapter 4 - In the Kingdom of Fools for free PDF download. These NCERT Solutions will be very helpful for comprehensive learning and secure good marks in the exams. We have provided accurate answers to all questions given in Class 9 English Chapter 4 of the latest NCERT Moments textbook. All the answers are available here for free PDF download.

Check below the NCERT Solutions for Class 9 English Moments Chapter 4:

Chapter 4 - In the Kingdom of Fools

1. What are the two strange things the guru and his disciple find in the Kingdom of Fools?

The two strange things that the guru and his disciple find in the kingdom of fools are:

2. Why does the disciple decide to stay in the Kingdom of Fools? Is it a good idea?

The disciple decided to stay in the Kingdom of Fools because he was very happy with the fact that everything was quite cheap there. He had peculiarity of diet. He was tempted by the cheap food. So, he thought of enjoying an easy life by staying in that kingdom.

No, it was not a good idea to stay there for a long time. All the people of the kingdom were fools and they could be dangerous for them in future, as suggested the Guru.

3. Name all the people who are tried in the king’s court, and give the reasons for their trial.

Following people were tried in the king’s court:

The king then came to the conclusion that the goldsmith should be punished and summoned him. But when he was summoned to the court he in turn shifted the whole blame on to the merchant’s father who pressurised him for completing his order first due to which he (the goldsmith) could not complete the girl's order in time.

4. Who is the real culprit according to the king? Why does he escape punishment?

According to the king, the real culprit was the merchant. Actually, the merchant’s father was the real murderer but he was dead. On consulting this with his ministers, the king came to the conclusion that the punishment would be carried out on the merchant.

He escapes the punishment because he is too thin to be properly executed on the stake.

5. What are the Guru’s words of wisdom? When does the disciple remember them?

The Guru’s words of wisdom were that it was the city of fools and their unpredictable behaviour could create danger anytime. He advised the disciple to leave the city because he would not know what they would do next.
The disciple remembers these words when he was going to be executed in place of the merchant.

6. How does the guru manage to save his disciple’s life?

The guru tries to confuse the king by expressing his desire to be killed first. He told the king that it was not an ordinary stake. It was the stake of the god of justice. It was new that never had a criminal on it.  So, whoever would die on the stake first would become the king in next life and the second to die would become his minister. The king wanted to avail himself of the opportunity as he didn’t want to lose the kingdom to someone else in the next round of life. So he ordered to postpone the execution to the next day and talked in secret with his minister. That night, the king and his minister went secretly to the prison. They released the guru and the disciple and disguised themselves as the two. Finally, both of them were taken to the stake and promptly executed. In this way the Guru managed to save his disciple’s life.