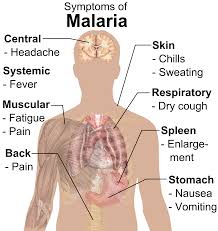 The UPSC will conduct the NDA & NA (II) 2017 Exam on 10 September 2017. The Exam will consist of two papers – Mathematics and General Ability Test. The below given 10 questions with answers and explanations will help the candidates in improving scores in the GK section of the General Ability Test.
1. Malarial parasite is a
(a) bacteria
(b) protozoa
(c) virus
(d) fungus
Ans. (b) protozoa
Malaria is a mosquito-borne infectious disease affecting humans and other animals. The disease is caused by parasitic protozoans belonging to the Plasmodium type. Protozoa is a group of single-celled microorganisms. Some of the other diseases caused by protozoa are - Amoebic dysentery, Sleeping sickness and Kala azar.
2. It is difficult to kill viruses because they
(a) consist of tough protein coat
(b) are very small in size
(c) lack cellular structure
(d) spend a lot of time inside the host’s cells
Ans. (d) spend a lot of time inside the host’s cells
When a virus enters our body it tries to attack a cell. If our immune system recognises the virus as an intruder, it will be destroyed before the virus can gain entry to a cell. If not, the process of infection begins. Once inside the cell, the virus can hijack the cell's own replication machinery, which starts to make many copies of the virus. These viruses burst out of the cell, destroying it, and will attempt to infect many more cells unless tackled by the immune system.

3. A person is unable to read a newspaper without his glasses. He is most probably suffering from
(a) myopia
(b) presbyopia
(c) astigmatism
(d) hypermetropia
Ans. (b) presbyopia
Presbyopia is a condition associated with aging of the eye that results in progressively worsening ability to focus clearly on close objects. Symptoms include a hard time reading small print, having to hold reading material farther away, headaches, and eyestrain. Different people will have different degrees of problems. Other types of refractive errors may exist at the same time as presbyopia.
4. The genetic material of bacteria is found in
(a) nucleus
(b) cytoplasm
(c) cell membrane
(d) ribosome
Ans. (b) cytoplasm
Bacteria are prokaryotes . Hence they do not have a well defined nucleus. Their genetic material , which consists of circular and double-stranded DNA , floats freely in the cytoplasm and is not membrane-bound. The region in the cytoplasm , where the genetic material floats is known as nucleoid.

5. A horse and a donkey can breed to produce mule which is an infertile animal. The infertility is because horse and donkey belong to different
(a) class
(b) order
(c) species
(d) genus
Ans. (c) species
In biology, a species is the basic unit of biological classification and a taxonomic rank. A species is often defined as the largest group of organisms in which two individuals can produce fertile offspring, typically by sexual reproduction.
6. A plant having yellow leaves with dead spots has the deficiency of
(a) Potassium
(b) Magnesium
(c) Nitrate
(d) Phosphate
Ans. (b) Magnesium
Without sufficient amounts of magnesium, plants begin to degrade the chlorophyll in the old leaves. This causes the main symptom of magnesium deficiency, chlorosis, or yellowing between leaf veins, which stay green, giving the leaves a marbled appearance. Older leaves turn yellow at edge, interveinal chlorosis causes green arrowhead shapes or marbling in the centre of the leaf (speckling in cereals).
7. Fluoride toothpaste is sometimes recommended because fluoride
(a) prevents plaque formation
(b) hardens the enamel of the tooth
(c) kills pathogenic bacteria
(d) prevents tooth ache
Ans. (b) hardens the enamel of the tooth
The loss of enamel is balanced by remineralization. When fluoride is present during remineralization, the minerals deposited into the tooth enamel help strengthen your teeth and prevent dissolution during the next demineralization phase. Thus, fluoride helps stop the decay process and prevent tooth decay.