For the benefit of NDA II Exam 2017 aspirants, Jagran Josh is providing practise questions on fill in the blanks. 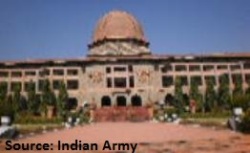 The UPSC will conduct the NDA & NA (II) 2017 Exam on 10 September 2017. The following 10 questions with answers and explanations will help the candidates in improving scores in the English section of the General Ability Test (GAT).

Directions: One word or phrase from the answer choices will fill the blank in the sentence preceding answer-choices correctly. Pick up that word or phrase.

26. d ‘Proceeds’ means whatever is collected through campaigns.
27. b ‘Basics’ means fundamentals.
28. c We can set house in order; we can neither arrange not manage.
29. b Antonym of ‘fact’ is ‘fiction’ and an antonym is needed in the blank.
30. a ‘Fake’ is used for all goods but ‘counterfeit’ is used generally for coins, ‘spurious’ for drugs or liquor and ‘duplicate’ is not correct antonym of genuine.
31. b For ‘fancy’ word ‘delicate’ can be used ‘fragile’ means ‘easily breakable’ and ‘sober’ means
‘serious’ (person) so these are incorrect.
32. d ‘good’ means to ‘motivate’ so for comment good is the best choice.
33. c ‘Transmit’ to be carried from one person to the other.
34. b ‘Threshold’ means on the verge of ‘Periphery’ is wrong because it means outer-circle.
35. d ‘Back out’ means to go against the promise.