Karnataka State Board (KSEEB) will be announced Karnataka State SSLC Result today i.e. 12th May 2015 around 3 PM. Students can check their results online on karresults.nic.in or kseeb.kar.nic.in 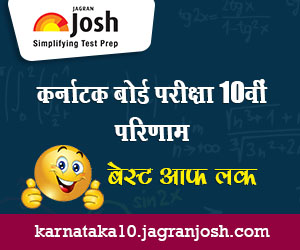 Karnataka State Board (KSEEB) will be announced Karnataka State SSLC Result today i.e. 12th May 2015 around 3 PM. Students can check their results online on karresults.nic.in or kseeb.kar.nic.in

The Results would be made available for the candidates to check out on the official website of Karnataka Secondary Education Examination Board www.kseeb.kar.nic.in  or www.karresults.nic.in.

Students will be required their Registration No to check the results. They would be allowed to take a print out of the result for future reference. However, the original mark-sheet and pass/ fail certificate would be provided to the students, later by the schools.

The SSLC exams were conducted by the KSEEB from 30 March 2015 till 13 April 2015. Around 8.5 lakh students’ have appeared for the exams held at various centres in 30 districts of the state.

The Board will also conduct Supplementary exams in June 2015 for those students who would fail to clear the Board examination.  The supplementary exams would be conducted in June and the results would be also declared soon to allow the appearing students join the next Class in the same academic session.

The Karnataka Secondary Education Examination Board (KSEEB), Bangalore was established in the year 1966 under the guidance of Karnataka Government. It manages the school level education from Class I till Class 12 in the state. Besides SSLC it also conducts Higher Secondary Certificate (HSC)/ Pre-University Courses (PUC) or plus 2(10+2) education within the state of Karnataka.

Many government and private school in the state of Karnataka are affiliated to the Board.

Best wishes to all the students from Team jagaranjosh.com.