In this present day in the field of banking examinations, you are certainly going to get questions in the General Awareness section in the bank examinations from various fields such as National, International, Economics, and Banking etc. 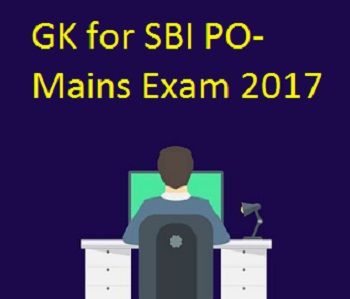 Banking General Awareness (with special reference to banking industry) section is one of the most important section for bank recruitment exams. It is considered one of the scoring sections in bank exams. To crack this section, candidates need to update their current affairs of the national and international importance along with the banking industry.
In order to help in your preparation for SBI PO 2017, here the banking team of jagranjosh is providing important one liner question. Candidates who are appearing for bank exams must go through the below notes.

3)      The Asian Games that will feature E- sports as a medal event, according to Olympic Council of Asia, is - 2022 Asian Games in China

18)   The Koradi thermal power station, which was recently inaugurated by the PM Narendra Modi, is located in – Maharashtra

20)   Bidya Devi Bhandari, who is on a State visit to India, is the President of - Nepal

27)   The United States recently dropped largest non-nuclear bomb ever an Islamic State tunnel complex in eastern Afghanistan. The bomb is called as - Mother of All Bombs

30)   The Justice (Retd.) who will head the Committee constituted to prepare Draft Ganga Act that submitted its report to Union Water Resource Ministry is - Girdhar Malviya

38)   The Coptic Christians were in news recently. They belong to - Egypt

41)   International Day of Human Space Flight is observed annually on 12 April 2017 to celebrate the anniversary of - the first human space flight undertaken by Yuri Gagarin, a Soviet citizen