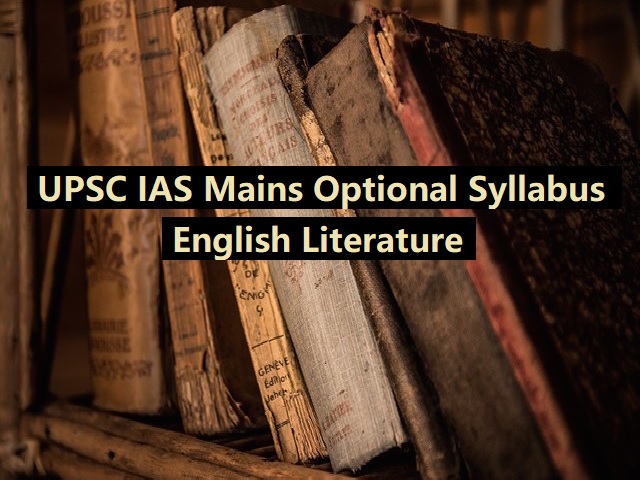 UPSC: UPSC offers English as an optional subject in the UPSC Civil Services Mains Exam. The English Literature optional syllabus for UPSC Mains is dynamic and covers literature from old English used during the medieval and early modern period as well as modern English used from 1900 AD onwards. The English language is also one of the compulsory language papers in UPSC Mains. Candidates with a strong English background and who have an interest in reading novels and poetry collections should take up English Literature as optional.

Texts for detailed study are listed below. Candidates will also be required to show adequate knowledge of the following topics and movements :

The Renaissance: Elizabethan and Jacobean Drama; Metaphysical Poetry; The Epic and the Mockepic; Neoclassicism; Satire; The Romantic Movement; The Rise of the Novel; The Victorian Age.

Texts for detailed study are listed below. Candidates will also be required to show adequate knowledge of the following topics and movements :